Emesent releases Hovermap, a payload that turns your UAV into a powerful autonomous mapper (that doesn’t need GPS)

Equipping a compatible autopilot-enabled drone with Hovermap will enable it to perform autonomous lidar mapping, avoid collisions in all directions, and even fly in areas previously inaccessible due to lack of GPS. This makes it ideal for use indoors, underground, and up close to complex structures. Early adopters have already put the payload to work in mining applications like capturing stopes and draw points, construction applications like 3D progress scanning, and even energy and asset digitization and management.

Firms that send a Hovermap-enabled drone to autonomously map a hazardous area can ensure the safety of their surveyors and gather data at high resolution—providing increased efficiency and new, valuable business insight. 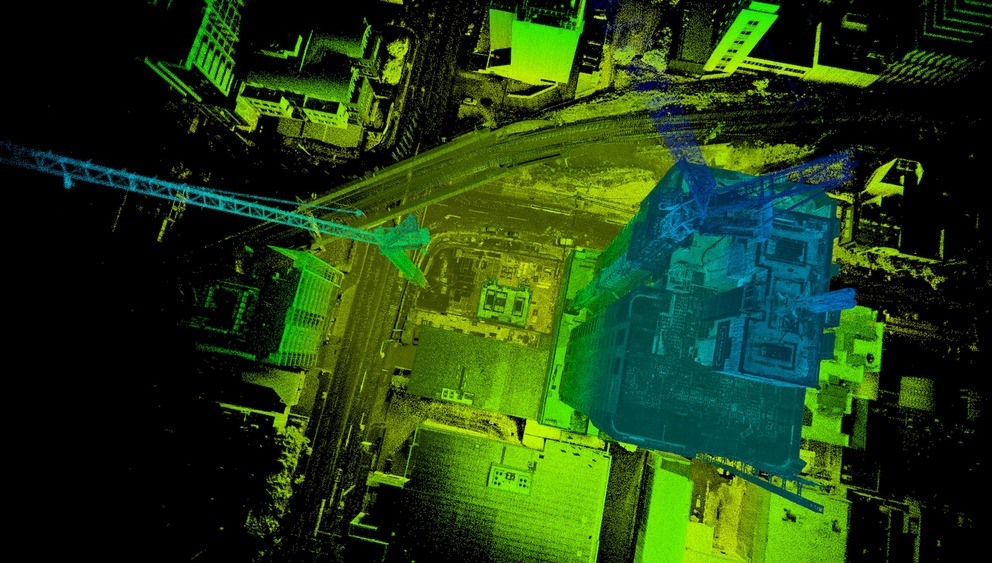 3D point cloud of a building generated by Hovermap payload.

The system is built around a Velodyne VLP-16 “Puck” Lite lidar sensor. This scanner uses 16 channels and gathers 300,000 points per second. Hovermap’s implementation of the sensor also rotates it in order to achieve a full 360° x 360° field of view.

For use as a mapping-only payload, the system can be mounted on any vertical take-off and landing (VTOL) drone that can lift the 1.8kg payload. For full autonomy functions, you’ll need to mount Hovermap to a DJI A3 autopilot-enabled drone.

When mounted to a compatible drone, Hovermap uses data from the lidar sensor to enable mapping and advanced autonomy functions. The technology that makes this possible is simultaneous localization and mapping (SLAM). SLAM enables a drone to navigate and map a space at the same time, while avoiding collisions, even if it has no pre-existing information about that space.

Hovermap’s SLAM and autonomy technologies were born out of five years of R&D at CSIRO, which has developed many industry-standard SLAM implementations for lidar-mapping applications. In fact, Emesent’s SLAM processes up to four times faster than other implementations, and, as an added benefit, can include GPS data when available to assist with SLAM calculations.

The upshot of all this technology: A Hovermap-enabled autonomous drone can get the highest-quality mapping results in hazardous and complex areas, while ensuring that it never loses awareness of its location or its ability to find its way back out safely. 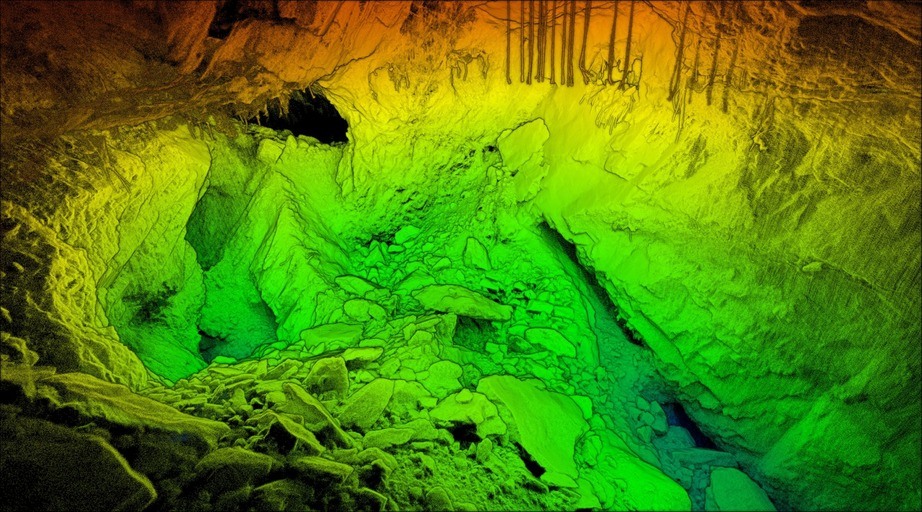 A data set captured by the Hovermap payload in a GPS-denied area.

Emesent is already working with distributors in Australia, Japan, and South Korea, and are actively seeking distributors elsewhere.

For more information about Hovermap, see Emesent in ILMF booth 500.