Wingtra’s recent WingtraHub 1.0 release has launched to fully support a lean workflow between the WingtraOne drone and Pix4Dmatic, a fresh Pix4D product for reliable speedy processing of large datasets.

WingtraHub is Wingtra’s custom built, integrated image geotagging software. When WingtraOne is used with a PPK (post-processing kinematic) module, the high-precision PPK processing will give the user centimeter-accuracy geotags for flight images. WingtraOne images can be geotagged in any Earth-centered, Earth-fixed coordinate system such as WGS84. After flight, WingtraHub is used to geotag the collected images and prepare data for post processing. This data can be fed to Pix4Dmatic later. The new integration means that the output of WingtraHub was updated to be compatible with the newly launched Pix4Dmatic, Pix4D’s next-generation photogrammetry software for corridor and large scale mapping, and support the lean integration between the two. 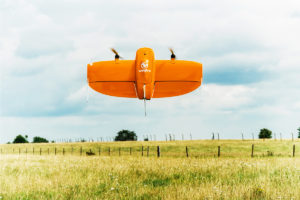 The new integration is especially key since Wingtra’s VTOL drone is designed to map large sites fast and safely while providing the best possible data quality. Fixed-wing drones have revolutionized the way professionals can map the world. However, the majority of their reliability and safety issues are related to their belly landings. Vertical take-off and landing (VTOL) capability allows the WingtraOne mapping drone to ascend and move like a helicopter. For the drone mapping, it transitions into a forward cruise flight, matching the endurance and speed of fixed-wing survey drones. In order to land, the WingtraOne switches back to hover flight and descends vertically.

The high-quality datasets that result can now be processed into point clouds and orthomosaics at twice the speed on average with Pix4Dmatic. WingtraHub 1.0 also offers leaner integration with Pix4Dmapper, a complex software aimed to serve most of surveyor’s needs while working with photogrammetry. From now on, users can use the accurate geolocation and orientation pipeline that ultimately increases processing speed 20 percent on average, and up to 40 percent for large projects.

With the new WingtraHub release, users can now output geotagged images, which include all required information in the image metadata (EXIF & XMP tags) like image locations, orientations, accuracies, coordinate system and vertical reference. This improves compatibility with all major photogrammetry engines and is especially well integrated with Pix4Dmatic, which now enables up to two times faster large dataset processing.

Geotagged images on WingtraHub 1.0 now include all required information in the metadata like image locations, orientations, accuracies, coordinate system and vertical reference. The ability to use the EXIF and XMP tags supports the use of other photogrammetry engines. These tags carry the metadata of the images. This data can later provide photogrammetry engines with the image location, orientation, accuracy, coordinate system and vertical reference data. 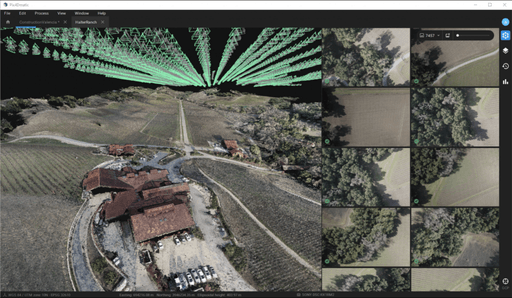 These specific formats are used by most photogrammetry engines, Trimble and DroneDeploy included. They enable the engines to read PPK (post-processing kinematic) information and derive point accuracies. Thus ultimately the integration of these tags enable Trimble and DroneDeploy to read PPK data from the data collected with WingtraOne.  The photogrammetry engines can process the images faster as the new tags provide a better initial estimation of the image position and its accuracy.

Compatibility with all major photogrammetry tools ensures that users can embed WingtraOne data into their workflow no matter which software they are using. Previously it might have taken specific expertise to work around, but from now on, the process is lean and fast.

With the image orientation, the accuracy, and other specifics being included in the image metadata, users only have to drag and drop your images into the photogrammetry tool of their choice. Such as a tool might be necessary, as it’s not possible to produce orthomosaics or point clouds with WingtraHub: WingtraHub prepares images to be processed by the photogrammetry software, but it doesn’t do it itself.

A Novel Solution for 3D Mapping Construction Sites: Put a Camera on a Crane