What Lidar-Enabled Drones Can Add to Surveying

Surveying is far from a new profession, with evidence of rough versions of surveyors going all the way back to ancient Egypt’s “rope-stretchers,” who measured property lines and foundations for structures like the Great Pyramids using knotted cords. We’ve certainly come a long way since then, and the profession has particularly advanced to a notable degree over the last couple of decades, with a number of new technologies popping up for surveyors to add to their toolbox. In fact, things have changed to such a degree in recent years that Thomas Harring, president of Hexagon’s Geosystems division, gave a keynote earlier this summer in which he argued we need a new definition of what it means to be a surveyor in the first place.

One of the most impactful new additions to the surveyor’s toolbox is lidar, which can be used a number of ways, including by attaching a scanner to a drone to do complex surveying. Among the companies harnessing this technology and making it more accessible to surveyors is SPH Engineering and their UgCS software, which is used for drone flight planning. SPH Engineering was co-founded by Alexey Dobrovolskiy, who is now the company’s Chief Technology Officer, who told Geo Week he got in start in developing software for corporate functions while enjoying drones as a hobby when he came to the realization that they were just “a computer with motors.”

Dobrovolskiy said, “15 years ago, we found that mission planning software was very basic, very primitive. In the best case, you’re able to play on the roads using just waypoints or the 2D surface.” That helped lead him to developing this flight planning software, which is now compatible with most major drone manufacturers and can be used for a number of different flight patterns, including but not limited to eight-figure, U-figure, and vertical flight plans. They’ve also recently partnered with Greenvalley International, a lidar data processing solution, to form an end-to-end solution for drone surveying. 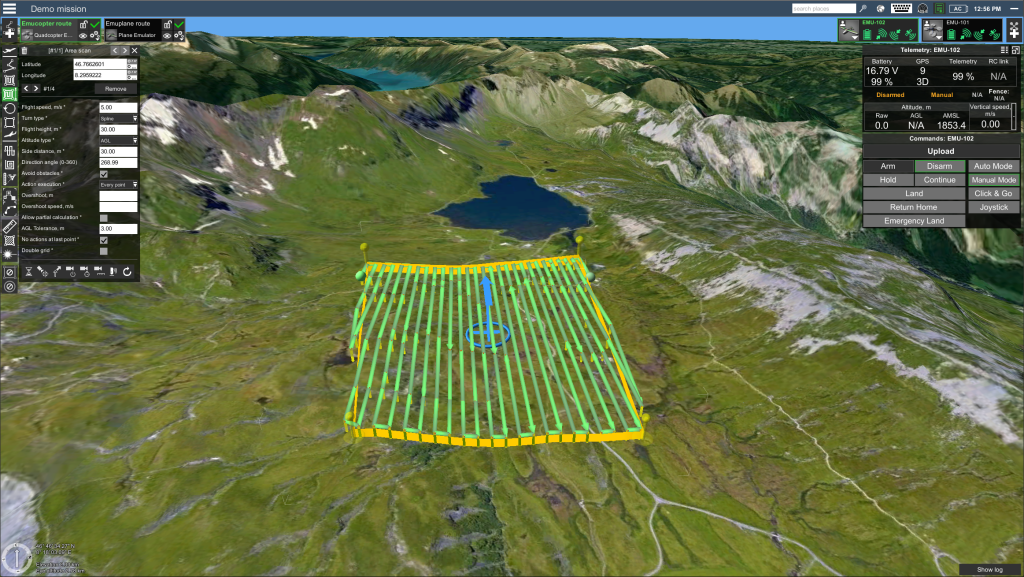 While lidar technology has been around for quite some time, with the first forms being developed over a half-century ago, an increase in accessibility in recent years has led to a surge in usage. Part of that relates back to drones, with scanners becoming lighter to allow for UAVs to actually hold the weight through the flight. In addition, the cost has come down, and Dobrovolskiy notes that at this point lidar doesn’t cost any more than a high-end camera that companies had been using prior.

It’s certainly worth noting that surveys with lidar-enabled drones are not a replacement for all forms of surveying, but they do serve an important purpose and can fill gaps that are significant barriers found with other technologies. For instance, Dobrovolskiy calls out the example of scanning an area covered with heavy vegetation. Building a terrain model of the surfaces below vegetation would be impossible using the types of cameras used with photogrammetry, but the lidar is able to scan through the vegetation and provide the data needed to build that model. Lidar can also also cut down on time. Dobrovolskiy notes that for many functions you actually can use other methods, but it will take much more time to both collect the data and to process it, which of course leads to more costs for the users. “Lidar for such tasks when you need just to build 3D models of something is much more convenient and more optimal.” 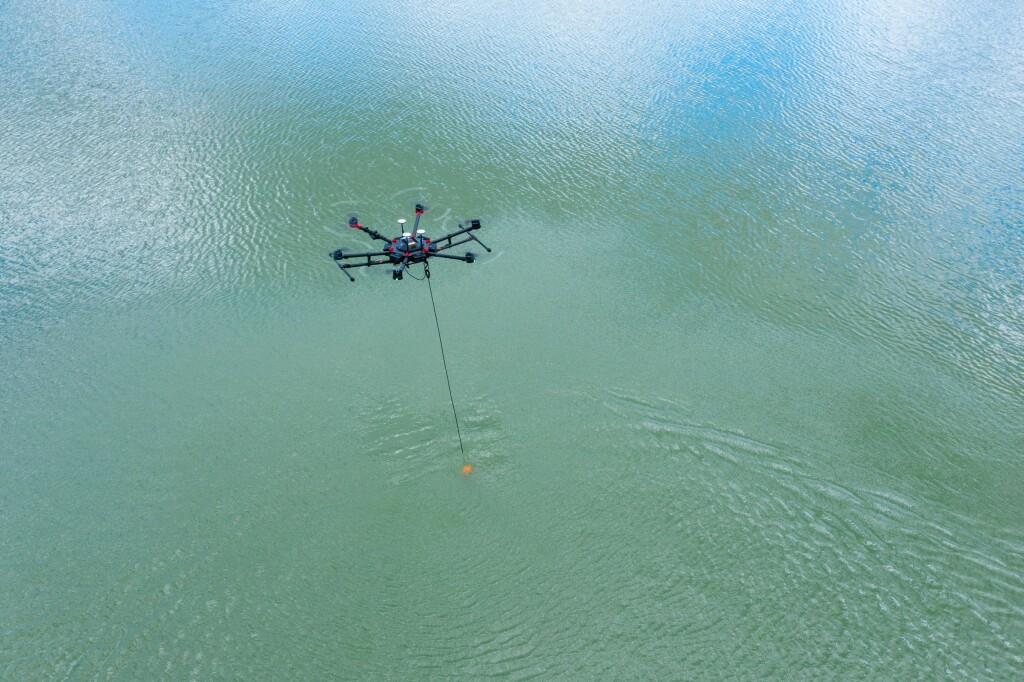 One of the other use cases in which drones and lidar can be utilized for its advantages is with hydrographic surveys and bathymetry, surveying and measuring the depths of bodies of water as well as coastal areas. Dobrovolskiy notes that SPH found that in many cases, the low-frequency Ground Penetrating Radar (GPR) sensors people were using did “not provide consistent results, or didn’t have enough precision or resolution in the data.” That led to the integration of standard echo sounders with drones, which Dobrovolskiy thinks may actually become the company’s most popular sensor at some point down the line.

He also mentions green lidar being used with airborne bathymetry, which can perform surveys much more quickly than other methods, though is still quite expensive and has limitations in being able to survey water that is lacking in transparency. Still, when using a drone is an option, it can make a significant dent in cost to the user just for the amount of time saved. Using a standard, slow-moving manned boat, a customer will typically be billed for at least a day of work, and likely more depending on the area being scanned, whereas completing the task with a drone can often be done in just a couple of hours.

Surveying is still a complex profession with more tools than ever being available for workers to utilize for the best results, having a bevy of options to use for specific tasks is always the best option. But anyone not utilizing drones and lidar are missing out on benefits for both geophysical and hydrographic surveying. Getting started can be intimidating, but software like UgCS’s flight-planning solution and others are making that first step much more accessible, and opening up the benefits to a much wider range of potential users.