What does the RTK GNSS accuracy test between the Emlid Reach RS2 and Topcon Hiper VR tell us?

We’re often enthralled by the possibilities related to how a new piece of technology captures information. It seems like we’re hearing about a new scanning innovation that promises to perform a given task in a faster or cheaper manner all the time, but how can such efficiencies be quantified in real-world situations? That very issue is why the study is to determine whether there are comparable accuracy results between the Emlid Reach RS2 and Topcon’s newest receiver, the Hiper VR, caught our attention. It was designed to provide that exact insight.

Jim Knuckey is a Professional Engineer (PE) PE, with 46 years of experience in surveying and construction. He conducted the study that showcased where and how results from the Hiper VR and the Reach RS2 were nearly identical. It showcased how the Emlid Reach RS2 provided comparable accuracy to that of the Topcon Hiper VR across a variety of different environmental conditions. But what does that study really tell us? 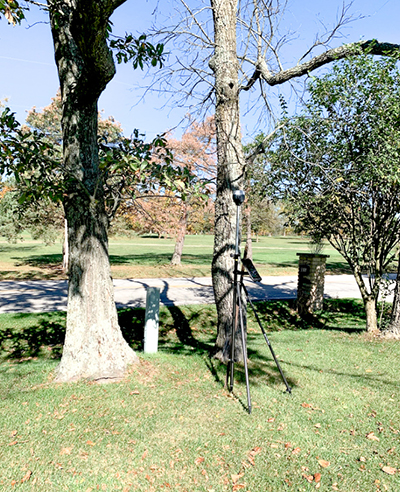 To find out, we connected with Joe Douglas from E38 Survey Solutions. The company is the largest Emlid dealer in the United States and supports thousands of RS2’s out in the field. They’re being used every day, going through the wringer with different types of survey crews testing them out. Douglas talked through how the results of this test are being seen by such crews, how they can guide anyone making a purchasing decision, and much more.

Jeremiah Karpowicz: What drove or compelled your accuracy test of the Emlid Reach RS2 vs. Topcon Hiper VR?

Joe Douglas: The Emlid name has a strong reputation in the drone mapping industry. Putting receivers on drones is how it started but that was quickly expanded upon with the creation of ground systems that were geared toward the people that were using drones for mapping because they could be easily used for ground control points. The RS2 was really embraced for those types of applications.

When we talked to surveyors though, they didn’t immediately or always see the fit. It was more unknown in the survey world even though we had survey customers that had that proof. Those customers would get those conversations going and confirm that it worked as needed, but we knew that wasn’t the best solution.

We wanted to create some hard evidence around how this solution was making a difference. Our focus was to provide evidence for surveyors that weren’t overly familiar with the Emlid name. They need that evidence on account of the standards that they have to adhere to. For surveyors, it’s all about proof rather than preference, so we wanted to give them that proof.

Was there any single thing that you were looking to prove or find out from the test?

Honestly, we thought we were going to be multiple scenarios where the Hiper VR outperformed the Emlid, so we just wanted to make sure we were able to call out the edge cases. It's 10x the price, so we expected that it was going to outperform us in many areas. We figured we would be comparable in open sky scenarios, but that the RS2 might do a little worse in certain scenarios under trees, or in tough scenarios, etc.

Internally, at least from my perspective, I wanted to see that notion not necessarily proven right but to see it proven wrong. So I wanted to see if the Hiper VR really was as accurate as claimed in under canopy or heavy-multi pass conditions. And…well…those results were not exactly what I expected.

Yes, that’s what I wanted to further explore. In what ways are those results especially revealing or defining for anyone that needs to determine what solution is going to be right for them?

The defining and surprising thing was that under canopy and in those tough environments, the RS2 performed just as well as the Hiper VR. What’s even better is that it’s proven itself beyond these tests with some of our customers.

The forestry division of the Minnesota Department of Natural Resources started a pilot program with one unit to test things out and then and they quickly expanded that out. Now they have 30 teams using the RS2 under canopy. It really proved to us how these test results could and should just be the beginning.

So outside of the obvious bottom-line results, what does this test tell us about the capabilities of the Emlid Reach RS2?

It’s tough because on the one hand, it’s just one test. And it's an imperfect test. So from that perspective, it tells us very little.

On the other hand, we have a slew of other evidence that backs up those results and really confirms what is laid out. In a vacuum, if I saw this test, I don't know that it would compel me to go out and purchase an RS2. I would want to know how it performed out it the real world outside of this one test.

So in some ways, it doesn’t tell us much, because it is only one test. That said, we have the evidence to back up these results that go beyond this test. The test told us that the RS2 performs better than all the old gear and is comparable to the latest and greatest.

But how can you really position or quantify that kind of assertion?

Jim Knuckey has 46 years of experience in surveying and construction. That includes 15 years in GPS and Machine Control, so this is a guy who knows what he’s talking about. And he’s the one who conducted this study.

You mentioned that there are imperfections in test and that it's not an end-all-be-all, so how should professionals consider these results in terms of determining whether or not the RS2 is a fit for their workflow or process?

I think it needs to be considered in line with any GPS. It's imperfect as it is. Sub-inch is what you're hoping for, or less than a tenth, but when you go out and use these tools, you might be two inches off. You’re not going to be perfect every time.

That ties into the imperfection of the test. If we ran this test tomorrow, would our results be a little different? Yes, definitely. And if we ran the same tests a few hours later, would the results also be different? Absolutely. It's a small sample, but it’s still a good test that shows a nice comparison head-to-head.

So is the ultimate value proposition with the RS2 more about the capability or cost?

We have so many different groups of customers. And that value proposition looks different for all of them.

For the typical small survey shop that's looking at new GPS gear, the pre-req for them is a question around whether or not the RS2 is as capable as everything else out there. Is it comparable? The answer to that has to be, “yes”, so we know we have to have that capability up front. Really though, we know it really has to be an improvement for a lot of these guys who are running 10-year old GPS equipment. The baseline has to provide these types of users with the accuracy and usability they already have, so the value proposition has to be something beyond that, which is when cost can become a factor.

But then there’s another group where if the cost of this kind of solution wasn’t where it is, they would never buy GPS. And they’ve never really used GPS because of that. That’s where a huge part of our customer base resides. These are GIS guys who have always been sub-meter, but with the RS2 price, they can now get down to centimeter accuracy at no additional cost. And in some cases, at the same cost. So it's an obvious cost proposition based on their capabilities.

Then you have land-surveying groups who are focused on things like mortgage surveys. They’re using total stations because it's not really a high-dollar application. They're not able to introduce really expensive pieces of equipment to their crews because they might have 50 crews running at a single time, which means you can’t allocate that kind of expense across a whole crew at that scale.

The price of the RS2 means that these types of crews can knock out a heck of a lot more surveys with GPS. They never thought they could use GPS for this sort of thing but now they can. They can earn more business because they can work faster. It can replace a lot of tools that GPS was just too expensive to otherwise replace.

It’s all about those kinds of specific applications, isn’t it?

Of course, because the value proposition always depends on what somebody needs are what they're doing. And what scale you're at. There's so much to it.

At the price we’re at though, it just opens it up to so many possibilities. You’ve got the drone guys who are hiring survey crews to come out and shoot ground control points. For that same price, they can just buy their own gear. The site superintendents who previously called in survey crews can now, for half the price, just have an RS2 in their office to do their QA checks as needed. There’s a whole new market for people who could have used it all along if the price was right.

What’s one thing you want professionals to know about how the results of this test should factor into their purchasing decisions?

What I’ll say is that these results are just the tip of the iceberg. We have the results that back up what we’ve shown and proven. If there’s someone out there using the RS2 like you want and you’re not sure how you can get the same results, talk to us. We can support you and we can prove how it can make a difference.

Where does mobile mapping fit in the evolution of surveying?

Aero-Graphics is in the business of revealing the unknown