Earlier this month, Voxxlr released version 1.0 of its cloud-based point cloud editor and viewer. Right now, Voxxlr is a browser app that offers all the editing, accessible streaming, annotation, measuring, analysis, and viewing tools you expect from cloud-based solution in 2018. However, Voxxlr isn’t done yet.

Founder Jochen Stier tells SPAR3D he has plans to build Voxxlr up so that it matches—and then beats—currently available desktop point cloud solutions. Version 1.0 of Voxxlr is meant to be the first step toward something much bigger.

From Tango to the cloud 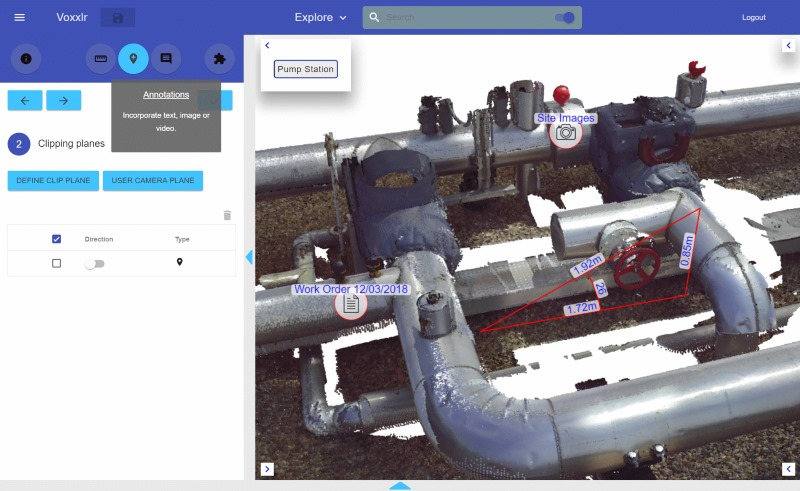 Looking at the history of Voxxlr, it’s clear that Stier has kept an eye toward the newest technologies in 3D capture.

Voxxlr began its life as a scanning app for Google Tango after the release of the first Tango tablet in 2015. (Here’s a story in SPAR from 2017). “After the app,” he says, “came the web portal to publish the scans online. Soon after that were the first requests to publish larger point clouds. Since the Google Tango tech is dead now, the focus has been shifted.”

Stier says that the scanning app is on hold until the release of a new depth-sensing smartphone. The focus right now is “to add features of popular desktop point cloud analysis tools, and maybe even surpass the existing capabilities by leveraging the compute resources of the cloud (the Google Cloud, to be precise). The hosting and visualization infrastructure that has been developed so far is the prerequisite for this next step.”

Click the play button below to see a scan hosted by Voxxlr.

The power of distributed computing

The Voxxlr editor and viewer are still in early stages, but that’s not to say the app is a slouch at present. It uses a cloud-based point-cloud streaming technology that was developed for high performance and scalability, and it show: “The largest upload so far,” Stier says, “has been a 60GB file containing 1.5 billion points. It was processed by a 32 virtual CPU compute instance in approximately 2 hours.”

Voxxlr is distinguished not just by its speed, but also its method of processing. Stier explains that only a few other solutions, like the public Potree library, can process point clouds of this size. However, Potree is “not optimal,” in Stier’s words, due to the way it divides point clouds into packets for streaming. Voxxlr uses a different method that ensures smoother visualization.

“While Voxxlr does not yet provide the capabilities of desktop apps,” he adds, “I think it’s possible to catch up and do even better in the future by leveraging the cloud. At that time, the differentiation will be much stronger.” 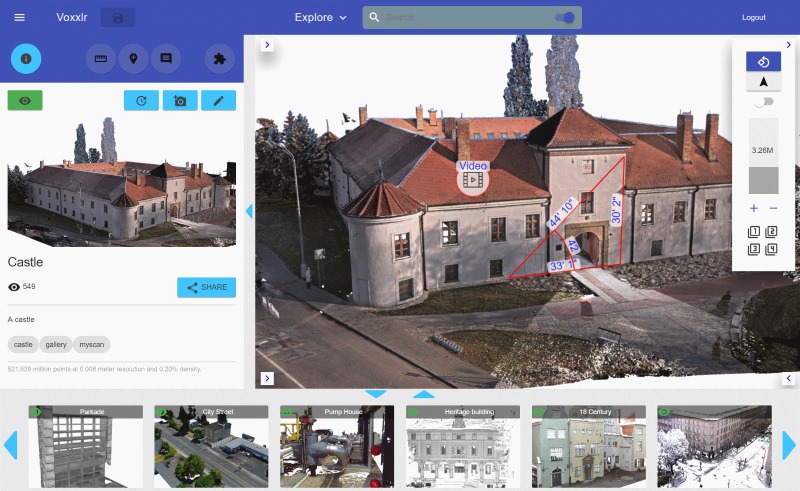 In an official post, Voxxlr says that the platform is under active development to “leverage the machine learning and vector processing infrastructure of the Google Cloud to create entirely new analysis and visualization tools.”

I asked Stier about the ultimate potential of machine learning–that is, I wanted to know what these “entirely new” tools would be. He said “this is a bit of an open-ended topic, but one of the key benefits of machine learning is in object recognition and classification. Much 3D scanning seems to be done for the purpose of extracting BIM models—this process could be greatly simplified by software that, let’s say, identifies all of the windows and doors in a scan, potentially even their brand and type.” Machine learning could also help us to answer questions like how much area of a building is covered by a particular type of siding, glass, and so on.

He says there are already solutions working toward this goal, but believes that machine learning has a lot more unexplored potential. “The Google cloud provides a growing set of on-demand machine learning tools that Voxxlr is well positioned to exploit,” he says. “It will thus be relatively easy to begin experimenting, and hopefully, produce results.” 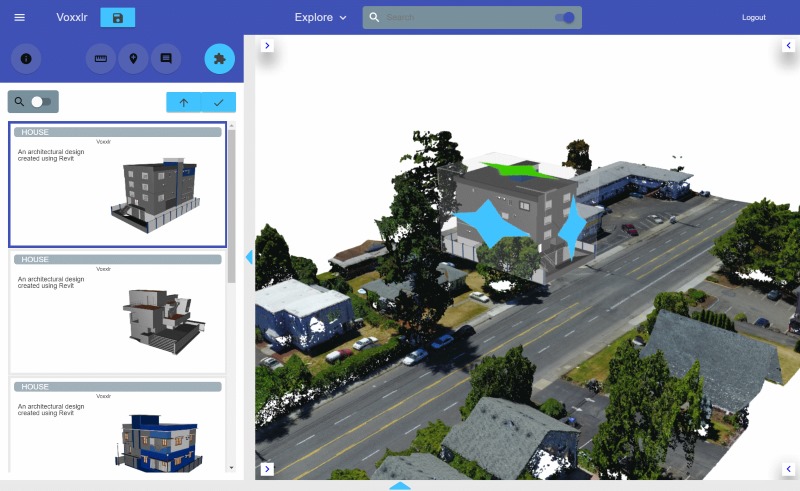 Cost, integration, and next steps

Here’s another reason that Voxxlr is different: it’s priced on a metered model. This means that the app charges users for the bandwidth necessary to stream the point clouds over the internet, rather than amortizing these costs across the entire user base. It also means that users will not pay for bandwidth they don’t use, Stier says, “making it more cost effective in various scenarios.” 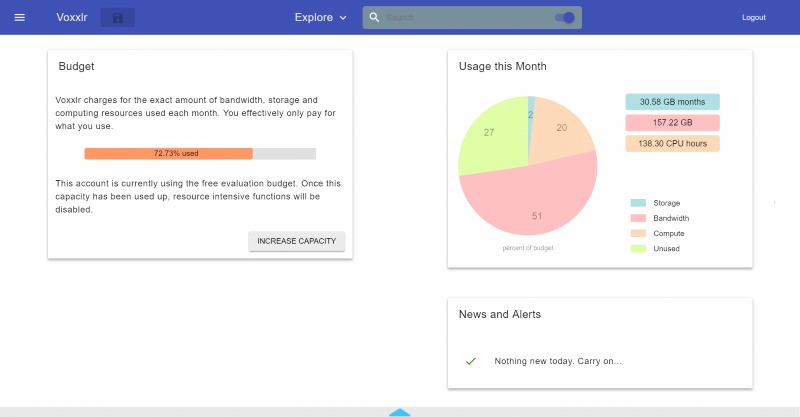 This is useful, since Stier has a number of plans to expand the way Voxxlr can be used. The first vision, he says, is to enable organizations to store their data locally and use Voxxlr as a front end for editing and visualization. This would increase data security, while reducing the cost of the service.

Voxxlr will also include an “out of the box” solution that converts files to a Voxxlr streaming format, and then streams them via a lightweight web server. “The web interface and entry point would still be voxxlr.com,” he says, “with the exception that the data will not be in a Google cloud storage bucket.”

Currently, users can embed a Voxxlr viewer in a website using an iframe (as in this post), but they will one day have access to an API that enables them to write their own applications to control the viewer and embedded content. Lastly, Stier says that files can be exported in .ply format, but if there’s enough demand, the platform may also start exporting triangle meshes.

With the cloud, it seems, almost any advanced feature is within reach. See Voxxlr.com for more information.

SubSLAM Live can stream 3D scans from seafloor to surface