YORK, UK – Measurement Devices Ltd announced this week the acquisition of Thomas Engineering, based in Ottawa, Canada, and the creation of MDL Canada, which will focus on sales and service of the company’s laser-based measurement devices to the Canadian mining, quarrying, and surveying industry.

Terms of the deal were not disclosed, but MDL founder and chairman Steve Ball said in an interview with SPAR that the deal is part of an aggressive expansion plan by MDL that has included last year the acquisition of MDL Pty Ltd in Australia and the opening in January of the company’s first office in China. 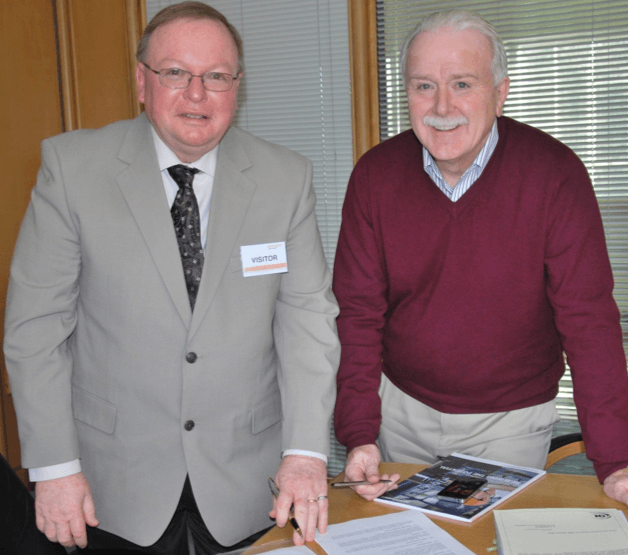 “Our biggest customer base is really Canada, Australia, Chile, and South Africa,” he said, “and the connection is mining … So, when the opportunity to buy out our Canadian distributor came up, I jumped at it.” Thomas Engineering has been an MDL dealer for about 15 years, Ball said, and founder Cameron Thomas “sells on the strength of his word of mouth, and experience, and knowledge of the market.” Add to that MDL’s financial backing and Ball believes revenue will double in Canada over the next 12 months.

Already, Thomas has been selling MDL mining and quarrying industry products like the Quarryman, Boretrak, C-ALS (Cavity Auto Scanning Laser System), Void Scanner (VS150) and the 3D mobile mapping system Dynascan, which has proven particularly attractive as a tool for establishing volumes of materials. Customers include Lafarge, Holcim, Miller Group, US Steel and many uranium, gold, nickel, and zinc mining operations throughout Canada including Goldcorp, Vale, Xstrata and Cameco.

Mining is a good market for MDL, Ball said, because the company has traditionally not sold to the surveying market, but rather sold straight to people in the field in a variety of industries. Mining is “not really a mapping business,” Ball said, “it’s a decision-making business. They don’t want to wait weeks for the survey; they want to blow it to smithereens right now. They want to know, how big is the pile? Yesterday it was this much, today it’s this much.” As Treemetrics has brought increased knowledge of woodlots to the forestry industry, MDL and other laser-scanning providers have done the same for mining.

“Mines still calculate their annual returns on how much goes over the weigh bridge,” Ball noted, “and that’s got about 10 percent plus or minus. But if you scan with a billion points, the answer you get is better than .5 percent. At the end of the year, they’ll get either a shock that they didn’t sell as much as they thought or they get a pleasant surprise.” Either way, increased accuracy in data is generally welcomed by CFOs and mining operation managers.

And this won’t be the last you hear from MDL in 2012. Ball said the company is ready to unveil a significantly lower-priced high-definition mobile mapping system and a cloud-based point cloud processing service in the coming months that he believes will shake up the market.

“Our vision,” Ball said, “is as simple as this: Laser scanning is going to become a commodity; data processing will be a commodity. So where is the money going to be made? Very quickly, the money will be made in the old-fashioned way, by the guy who’s willing to get down in the trenches. Not some guy in a shirt at his office playing on the computer. Anyone who thinks that’s what laser scanning is going to do is off his head.”

Ball to speak at RIEGL LiDAR conference 2015 in Hong Kong

Ball to speak at RIEGL LiDAR conference 2015 in Hong Kong