3 cameras bringing 180º VR to the market

Last year, after noting that 75% of people who watch 360º VR videos only look at less than half of the range, Google changed its focus to 180º VR cameras. As a result, various companies started developing 180º VR cameras. Recently, we talked about Google and YI Technologies’ camera announced at CES 2018: the YI Horizon VR180. However, this wasn’t the only camera at the show, as Lenovo, and Weeview also showcased their new cameras: the Lenovo Mirage Camera, and the SID2, respectively.

Lenovo developed the Lenovo Mirage Camera in partnership with Google to eliminate the need for specialized virtual reality videography skills and professional camera gear when shooting immersive 3D VR videos and photos. The camera is smaller than a wallet, and accessible for anyone to use: It has only three buttons—power, shutter, and function—which makes it a point-and-shoot camera.

With its WiFi connection, and Google Photos and YouTube integration, and you can upload all of your content directly to these platforms. The Lenovo Mirage Camera features dual 13MP fisheye cameras, which achieve depth in image and video by capturing the same images at slightly different angles to create a 3D effect. The two lenses also offer a 180 x 180-degree field of view (FOV) to let you see more. 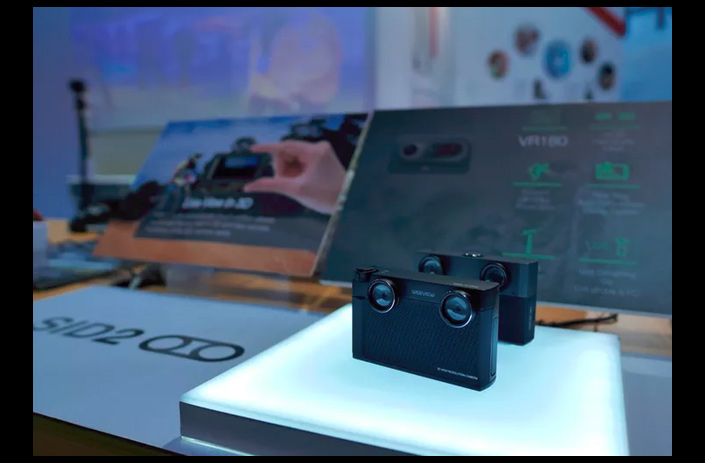 Furthermore, Weeview came to CES 2018 this year to showcase its newest product: the SID2. Although the company hasn’t mentioned any of the camera’s specifications, the SID2 will use “a built-in 3D glasses-free touchscreen” to provide intuitive operation and easy-to-use design for users.

To help with the development of the camera, Weeview plans on launching a crowdfunding campaign in the middle of 2018. 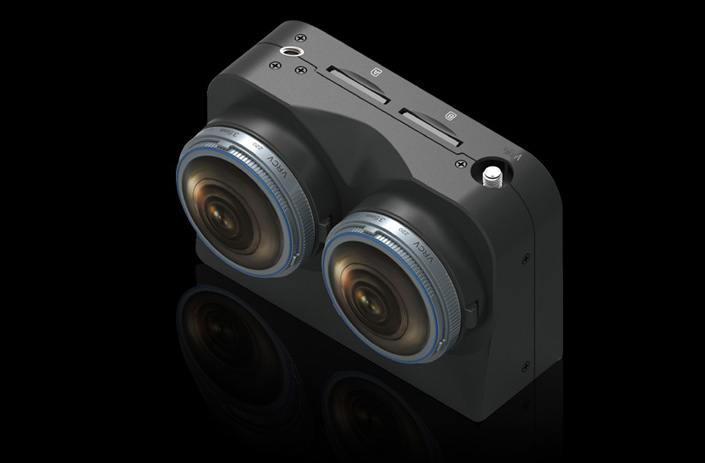 Although not present at CES 2018, Z CAM is another company working on a 180º VR camera. Certified by Google, Z CAM designed the K1 Pro for professionals, not only in features but also in cost.

Even with some exceptions, like the Z CAM K1 Pro, which targets professional photographers & videographers, it’s clear the main focus of 180º VR technology is the consumer market. However, as we have mentioned in our previous Yi Horizon VR180 article, the question remains as to how commercial and industrial markets will use 180º VR—if they use it at all.