At the SPAR 3D Expo and Conference, he’ll speak in the AR/AV Applied: Integrating Drones, BIM, 3D Printing… And Some Unanticipated Benefits, and his topic will be Drone Mapping and VR for BIM Enhancement. The subject is pretty much his line, from start to finish.

Just speaking with Raafat for a bit, it’s easy to see he’s something of a walking testimonial, since he becomes talkative and a bit animated as he goes on about the beauties of smoothing construction workflows. He’ll soon expound on the advantages of using drones to capture images and build better 3D models and smarter construction projects.

And unlike some who’d argue that using drones for modeling and mapping, or even for creating a BIM model, must be contracted out to a consultant, Rafaat disagrees. He believes just the opposite. SPAR 3D caught up with him recently to talk about drones, virtual design and construction and more. 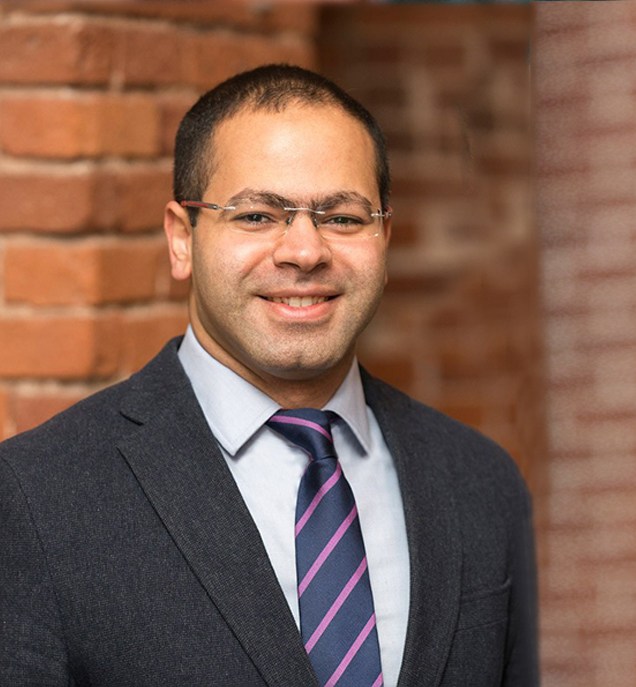 SPAR3D: Saving time by doing things faster through such methods as drone data gathering and 3D modeling is becoming more popular, but why should a company do such work itself?

Raafat: I believe in doing things in-house, which controls quality and cost… Drones are helping us do our jobs more safely, too.

While it might seem obvious for some contractors, especially those with a small staff and few construction software experts, that such tasks might sometimes be best handled by a consultant, that’s not necessarily the case. A company must try to embrace new technologies in whatever ways are most comfortable for the firm.

Some structural inspections are more easily, cheaply and safely performed through drones, right?

Roofing contractors can benefit greatly from using drones. They can capture up-to-date information that can be used to quickly update a 3D model. It’s a crucial timesaver… It creates very accurate reports, with actual dimensions.

The process also can catch errors that could become costly problems later, if not detected early in the project.

How does using drones and 3D modeling help your firm sell projects?

We create 3D models of the site and use them to show prospective clients how the project will look at various stages.

The data-gathering drone flights you’ll be speaking of are very short, taking less than 15 minutes per flight. A short time later, a 3D model can be created or updated through the process. But how powerful is that process?

Very powerful—it creates a survey-grade 3D model. That model can be created in just one day… ‘We can work with this,’ contractors will say of the model.

To some in architecture engineering and construction, using drones to enhance BIM models could seem a no-brainer. But not so many contractors are actually doing it, so why is your company using the process?

We are one of very few companies in New England who have integrated using drones into the BIM process. Our drones are more geared toward building 3D models for construction, and for supporting our surveying and inspections. It’s more effective for us to do it ourselves, rather than outsourcing the work.

Isn’t the need for accurate quality control one of the biggest reasons to use drones? Isn’t that sort of the thrust of why your company is using drones?

In your presentation, you will be explaining how drones can be used to integrate with BIM, and also discussing other uses?

I will also be talking about modular construction. We’ve been using drones, BIM and laser scanners in some modular projects.

Why is using drones becoming more important in construction these days?

It’s been there for other industries for a while… It is time now for construction companies to use drones in construction. We’ve found that the process is saving us time and money and improving safety.

What other examples will you show in your presentation?

We have many examples from academic projects—one is showing how we use the drone to create a topographical plan.

For more on this topic, be sure to catch Raafat’s presentation at SPAR 3D, which will be co-located with AEC Next on May 21-23 at the Anaheim Convention Center in Anaheim, CA. Click here for more details.