If you ever want to see into the future of gadgets, there’s no better place than the consumer electronics show in sunny Las Vegas. It’s where you’ll find a thousand companies claiming to disrupt some industry or another, offering products like smart shoes that count your steps and light your way (seriously), a fridge that has a screen larger than my first TV, an electronic skateboard that does somethingorother, and an internet-connected bowl that tells you when you’re overfeeding Mr. Bigglesworth. 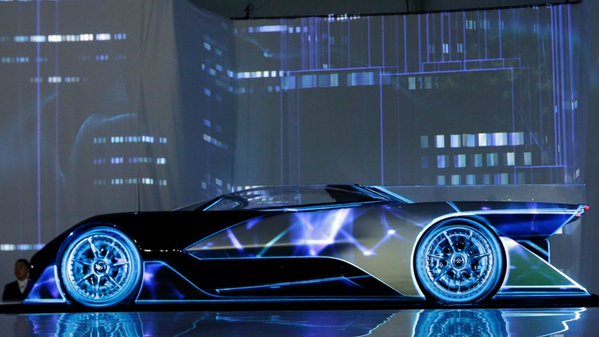 Quanergy has chosen CES to showcase their solid-state LiDAR for autonomous vehicles–seen left in the Batmobile BMW’s “Seeing Car.”

When Quanergy announced their solid-state LiDAR a few months ago, it was the only such LiDAR known to me… but then Velodyne came in hot on their heels with (what appears to be) their own solid-state LiDAR. So now there are two–and more are likely to be on the way. It goes to show you just how fast the LiDAR market is moving these days.

Solid-state LiDAR is a big deal because it works without using any mechanical parts to spin the LiDAR’s laser beam. As such, Quanergy and Velodyne can make their sensors much smaller and less expensive than traditional LiDAR. Quanergy’s unit, for instance, weighs less than a pound. That makes this type of LiDAR a wonderful fit for installation in a vehicle, like, say, an autonomous car.

If Quanergy and Velodyne are able to manufacture this awesomely cheap hardware right now for vehicles, what does that mean for us? That means it might only be a matter of time before someone ports the technology into solutions for other applications like UAVs, or really precise handheld LiDAR scanners. 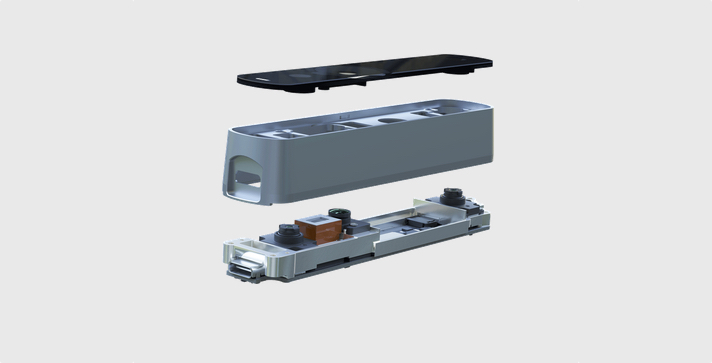 An iPad Scanner Gets More Precise

Reports have it that consumer 3D-scanning company Occipital will be at CES showing off the new capabilities of their Structure Sensor, a $349 device that plugs into an iPad to enable handheld 3D scanning.

The Structure Sensor is going to be updated to employ some new algorithms that Occipital got a hold of when they acquired another consumer-grade scanning company, Lynx, back in November of 2015. New “algorithms” may not sound very exciting to you, but The Verge reports that they will cut back on sensor mapping errors by up to 90%—reducing the error of its 3D depth maps from 5 inches down to 1/4 inch.

“It’s a big deal for the idea of mapping your entire home,” says Jeff Powers, Occipital’s CEO. “”Usually we’re limited to an object, or an artifact, or a person. But this tech really lets us blow that out to something like a room.”

Unfortunately, some sources are suggesting that the service for creating floor plans from the scan data will cost around $199 a month. So, this raises the question, Who is this for? It’s good that the scanner is getting more professional, but it’s not a professional-grade scanner just yet so I don’t see any architects using it. On top of that, the processing is too expensive for the hobbyist. My best bet is that it will be for interior designers… or is this intended for a market that doesn’t exist yet? 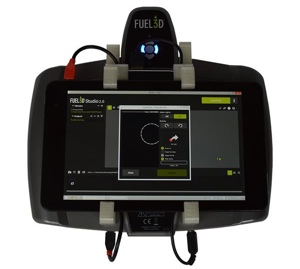 Fuel3D, likewise, is showcasing an upgrade to their Scanify consumer-grade 3D scanner at CES which makes it a lot more portable and opens up new applications.

The scanner, which performs captures using two 3.5 megapixel cameras, is touted as being extremely fast—taking a scan from a particular viewpoint in as little as 1/10 of a second. However, because it’s been tethered to a desktop, the Scanify has historically been used mostly for making hi-res models of smallish objects to 3D print or manufacture. That’s about to change, because Fuel3D is untethering it.

The Scanify Mobile Package is a 3D-printable case for the scanner that attaches it to a tablet and a battery, allowing users to take the whole rig with them.

“With this development, we have given SCANIFY users the freedom to take 3D scanning to places where it just wasn’t possible before,” said Stuart Mead, Fuel3D CEO. “Whether you’re exploring ancient ruins, visiting a sculpture exhibition, or hosting an event where guests are being scanned, SCANIFY can help you preserve your experiences in 3D.”

Again, few applications come to mind—Engineering.com suggests that it might be ideal in AEC for the process of BIM, and I’m not totally convinced. But this doesn’t mean it won’t find a market we can’t predict, one that will seem obvious in retrospect.

If you’ve made it this far, you’re probably wondering: What can I take away from this? What does it all mean?

This year, it looks like professional scanning technology is going to start catering to niche markets, and that’s a very good thing. You might get by with a general scanner most of the time, but what if you had a 3D tool that did exactly what you needed it to, and did it perfectly? The technology is becoming specialized enough that such a tool might be in your future. It’s also becoming inexpensive enough that you might be able to afford it.

As Shabtay Negri of Mantis Vision once said (in a SPAR Europe keynote in 2014), we’re going to see new kinds of scanning professionals as the technology grows and finds new users who aren’t yet aware of 3D technology’s potential.

I think these changes in the 3D markets we currently know as “professional” and “consumer” are moving us toward that future.

Velodyne, Can the Lidar in Autonomous Vehicles Capture Survey Data?