Disclaimer: Will Tompkinson’s consulting firm, Insightful Dimensions, is continually engaged by a range of firms. All views expressed in this column are individual to Will and do not necessarily reflect the views of his clients.

It has become customary in this column to gaze into my crystal ball looking for predictions about the 3D imaging industry. This year I think it is time that we changed things up. I want to talk about how, over 2018, we have finally improved how we describe our industry. The conversation is now moving beyond the bells and whistles of new sensors, and even beginning to move beyond talking about how “amazing” a point cloud looks. Finally, we are in the position where we are discussing where reality capture fits within wider programs.

Specifically, I’d like to talk about why this matters in the Architecture, Engineering and Construction (AEC) industry. I want to do this because, though AEC has long been derided as being slow to adopt new technology, it drives much innovation in reality capture—since it provides a great number of the business cases.

The other reason to talk about AEC is that the industry is catching up with regards to reality capture. You’ll see that recently released systems such as Leica’s BLK360 have already increased the number of users scanning on their projects, mostly due to ease of functionality and lower cost.

Though there are reasons that lower-cost systems might not be the best tool for a project, that has not stopped large infrastructure and virtual design and construction (VDC) firms from buying multiple lower-cost units in the time since their release. 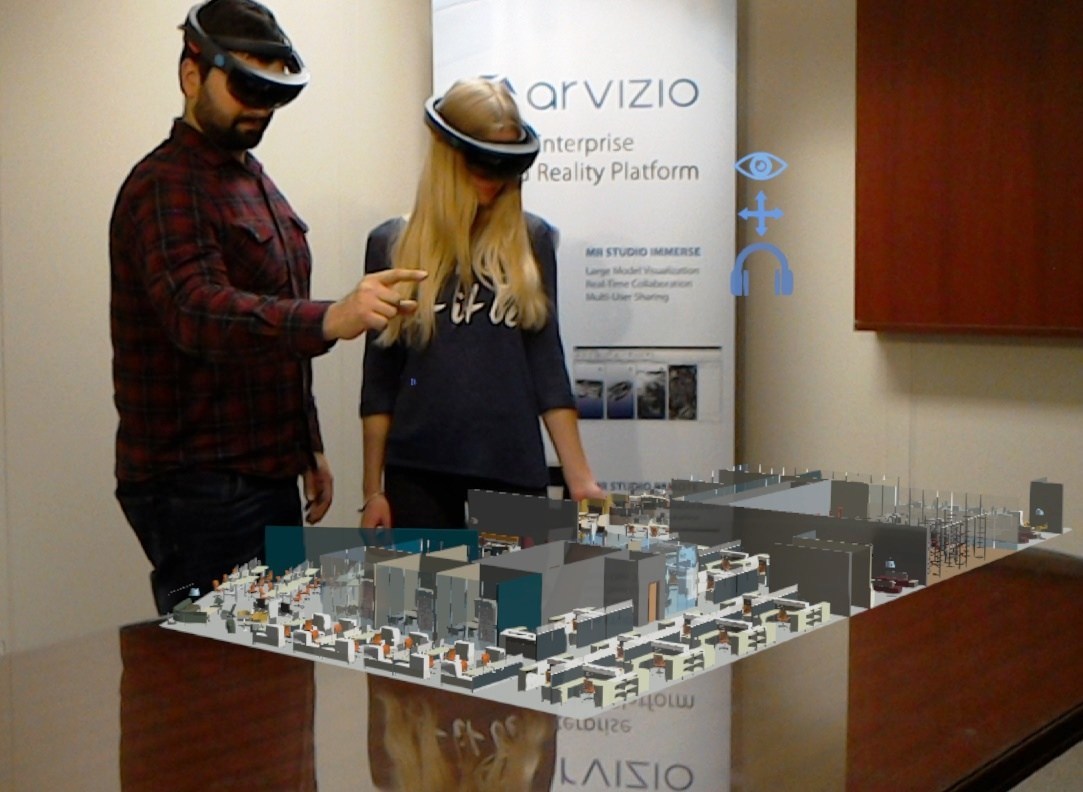 As an aside it is important to note that, while the construction industry has been somewhat slow to adopt new technology, those of us promoting reality capture have been missing the point, too. We have been so intent on selling the detail of our point clouds, convinced that it is the best representation of reality, that we have limited both our own and our clients understanding of where the outputs of reality capture fit within the lifecycle of a building asset. That problem extends from design to construction and even to ongoing maintenance.

Got the as-built, now what?

Many AEC firms think of reality capture as a technology for producing the “best as-built” for use in the design process, and not much else. There are a number of reasons for this blinkered thinking.

Since point clouds include the most detail, we have historically approached reality capture from the perspective that these point clouds should obviously be used to produce the perfect 3D model in software like Revit. However, our conversations have too rarely evolved to see us asking what the Revit model will be used for.

We treat Building Information Modelling (BIM) as if it were solely about the geometries of the 3D building model. We don’t think enough about how these models are extended into 4D with scheduling information, into 5D with costs, into 6D with sustainability, or even into 7D with maintenance cycles. We tend not to think about how these stages need to be pinned back to the “digital reality” at a fundamental reality, or the current state, of the project at that time. (This was described recently by Mark King). 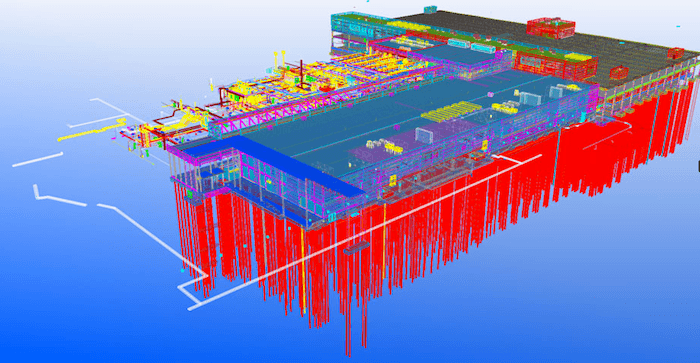 Why the as-built remains the primary focus

That is to say that an as-built does not fulfill its potential simply by providing a reference model at the design stage of a project.  So why do we in the industry offer a Revit model and then call it a day?

Often, it’s because our AEC customers ask us for a “Revit model.” This is not because they need full-fledged Revit models, but because they need the geometries of elements in the as-built—more often than not so they can be used in conflict resolution and verification processes in software like Autodesk Navisworks or Tekla Structures. Since it is frequently cited that a single unforeseen conflict between a design and existing site conditions can cost somewhere in the order of $15,000 to fix, identifying these conflicts at every stage of the construction, management, renovation and maintenance of a building soon adds up to a great deal of money saved.

Another factor limiting the use of point clouds beyond the design stage: Our infatuation with producing the perfect Revit model has taught our AEC customers two things about point clouds. One, that they are fantastic data. Two, that there are significant project costs and time involved in processing a point cloud so that it can be used and understood by processes further in the building lifecycle. This has led to cases where, rather than deciding to scan more often on a project, engineering firms have re-evaluated whether they should have even made investment in scanning at all.

While ideally AEC firms would use a regularly updated as-built at multiple stages in a project lifecycle, the industry may have been moving further away from this goal—at least, until recently when we in the reality capture industry started to change the way that we present reality capture and design its solutions. 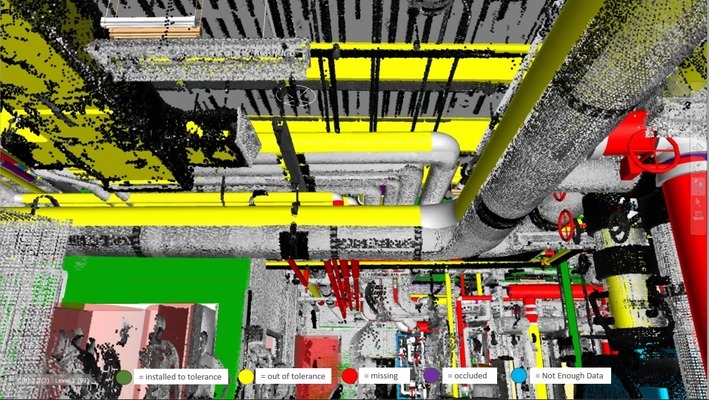 Coming changes in the point-cloud-to-BIM workflow

My overall point is that the increased uptake of reality capture in AEC does not come down simply to the “smaller, simpler, cheaper” new hardware. It is also due to our industry’s trend toward offering workflow solutions that enable project stakeholders—throughout the building lifecycle—to benefit from those reality capture systems in the first place. I hope we see more of it in 2019.

The solutions that make it easier to use reality capture data at multiple stages in a project’s lifecycle include those such as Clearedge Verity, which verifies point cloud and specific elements in the design model. An additional example is Pointfuse, which can be used to convert the entire point cloud into classified geometries that provide building envelope information to be used in a CAD for designing a renovation or retrofit.  These same geometries are also then compatible with the existing verification procedures in software such as Navisworks or Tekla; meaning that successive versions of as-built information can be supplied to the AEC professional, who may be unaware that they are using point clouds at all.

Prediction for 2019: Point clouds to be used at multiple phases in AEC lifecycle

Solutions such as Verity and Pointfuse enable reality capture to be used beyond 3D BIM. With tools like these, reality capture can be leveraged to become an integral part of scheduling, costing and maintenance phases of a project without the perfect (but costly) 3D BIM model being the limiting factor.

With an increased focus on the downstream uses of the information gleaned from reality capture, solutions like this will not only continue demystifying the solutions offered by the reality-capture industry, but drive their uptake even further.

The role of surveying and geospatial professional in BIM