How are Digital Twins Being Utilized to Create Efficiencies?

In August of 2021, Geo Week hosted a webinar focused on How are Digital Twins Being Utilized to Create Efficiences, talking about the growing interest from companies to implement these powerful tools into their workflows. While we are certainly not at 100 percent buy-in from companies which could benefit from digital twins, it is a space that is quickly changing, evolving, and growing. To that end, even with the webinar only being about a year ago, enough has changed around digital twins that we felt it was worth looking back at this discussion to not only review the key insights, but also review how, if at all, the space has evolved.

Joining us for this conversation in 2021 were three highly-qualified speakers with a bevy of knowledge in this space: Tan Nguyen, Business Development Manager of Terrestrial Laser Scanning at RIEGL USA; Jason Nichols, a Product Marketing Lead (AEC) at DroneDeploy; and Dr. Qassim Abdullah, Vice President and Chief Scientist at Woolpert. 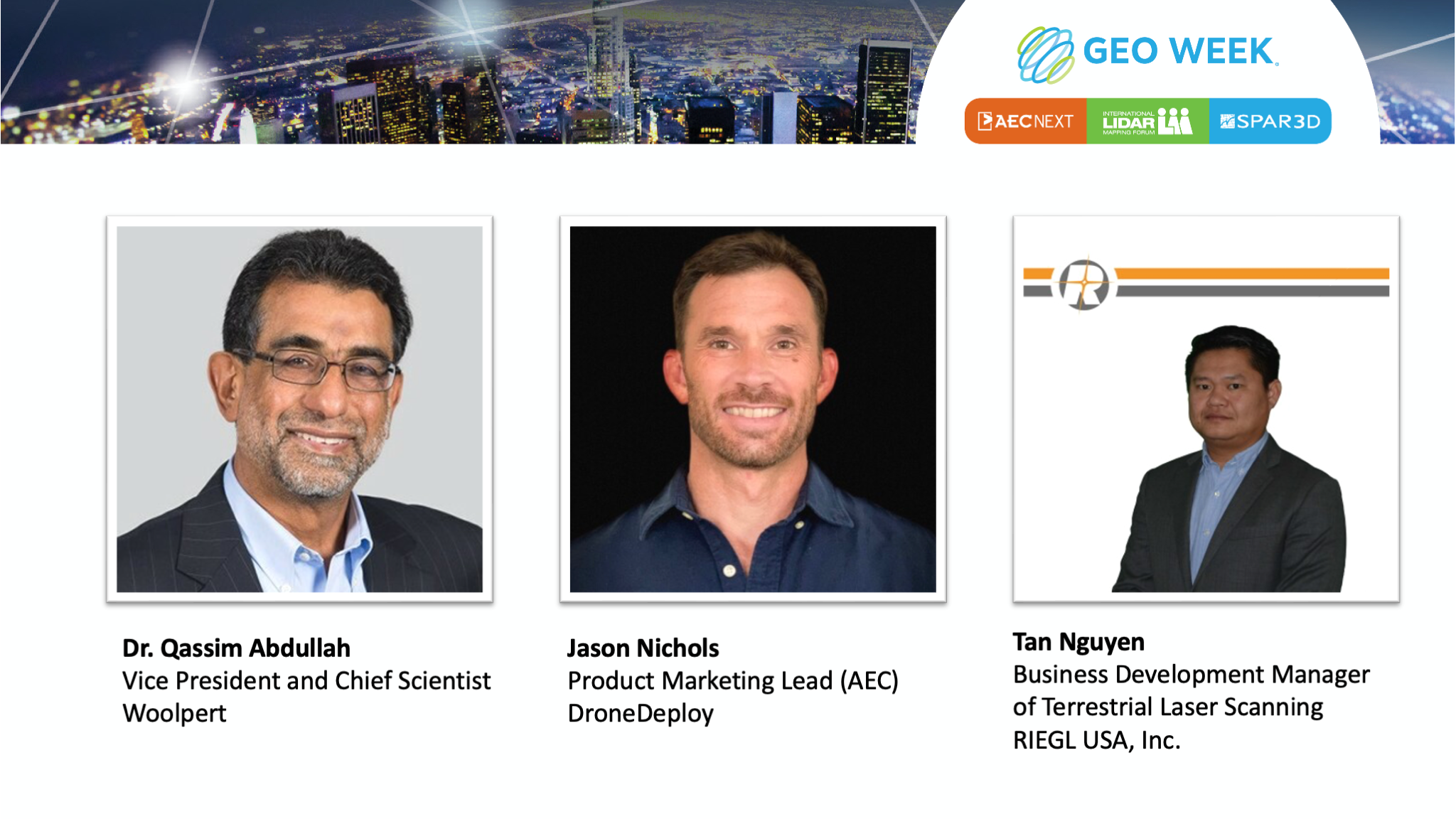 We recently caught up with Dr. Abdullah to continue the discussion around digital twins that was started in this webinar.

When talking about digital twins, the first point of order needs to be getting an accurate definition of the term. While it has certainly moved past the point of simply being a buzzword to one where there are concrete gains to be made from implementation, there is still confusion around just what it means. In particular, as Dr. Abdullah pointed out both in the webinar and in our follow-up conversation, there is a lot of conflation between digital twins and building information modeling (BIM).

Undoubtedly, BIM is a crucial piece of the planning and design phases of a construction project, providing a 3D digital model of a building. In fact, BIM is an extremely important component of digital twin, with the latter often being built out in large part from the former. That, however, does not mean the same thing. Whereas BIM is simply a static model of a building that doesn’t include real-time updates, a digital twin takes is essentially a living, breathing model, using things like Internet of Things (IoT) sensors to provide live, up-to-date information for the owner.

Once the definition of the term is in place, we can really get into the benefits of implementation for digital twins, which was the main topic of the original webinar. The construction industry has been in need of better processes to streamline their workflows, with Mr. Nichols citing a 2017 McKinsey report which indicated that total world productivity had increased by 2.8 percent annually over the previous two decades, whereas in the construction industry specifically, that number was only at one percent. Digital twins, and reality capture more broadly, can provide a huge return on investment for adopters, who can “maintain a visual source of truth,” as Mr. Nichols put it, as well as provide a relatively simple source which can be accessed remotely and easily by any relevant stakeholder. Just having that sort of seamless collaboration alone can be a huge preventative measure for major, and costly, alterations later in the process.

The other important factor to keep in mind around digital twins, especially when thinking about whether the initial investment will be worth it on the back end, is that it is not simply a design and planning tool. Since it is a living, breathing model that inputs real-time updates, the digital twin can also be leaned upon throughout the life of the building, particularly when it comes to maintenance issues. As one example, the information gathered from sensors can often highlight an issue with perhaps a leaking pipe much earlier than would otherwise be detected, leading to huge savings for maintenance.

Another example pointed out in the webinar was the building that collapsed in Miami in June of 2021, shortly before the conversation took place. A digital twin likely would not have prevented that, but the source of the problem would have been much easier to find within a digital twin, where one can backtrack to any point in the project to find potential issues, rather than needing to dig through massive amounts of physical files. In our follow-up conversation, Dr. Abdullah indicated that these types of events do push people towards implementing these tools.

Getting Buy-In on Digital Twins

While these digital twins conclusively provide a measurable return on investment for users, there are still barriers that need to be crossed in terms of getting more building owners and facility managers on board with implementation. One of the big ones is the amount of data that needs to be used to get the most out of the tool. The draw of a digital twin is the sensors that provide the real-time information flow, but that is also a constant stream of data. As Mr. Nguyen put it, it is the digital version of eventually needing bigger file cabinets with more hand drawings being added in. Here, the solution is likely a move to the cloud, potentially with the data producer hosting it themselves to take that off the owner’s plate, though that’s an individual decision for every owner and company.

The other big issue that was in place at the time of the webinar and remains in place now is simply education. For a long time “digital twin” was simply a buzzword without a concrete meaning for many people, and in fact there is still confusion about it, as discussed above. It is on people who work in this field to educate potential users not only on the benefits and the ROI that can come from implementation but also just simply what it entails. Dr. Abdullah indicates there is still work to be done here, particularly for those in the geospatial industries, though gains are being made with each passing year.

What's the Future of Digital Twins?

Although there are still barriers to getting buy-in from relevant parties, the future is still moving towards digital twins, especially with all of the development towards the metaverse, which will be in part built upon digital twins. In our own physical world, we are going to see more and more “smart cities” pop up around the world, with Singapore perhaps being the best example in place today. Rather than just a digital twin of a single building, an entire block, streets, and eventually entire cities can be digitized with real-time updates for the most efficient and effective management of a municipality. In fact, a recent report from Guidehouse Insights indicates the annual municipal digital twin revenue is projected to grow to $2.5 billion by 2031, representing a compound annual growth rate (CAGR) of 25.2 percent. In other words, with the clear benefits highlighted in our conversation last year, digital twins aren’t going anywhere. 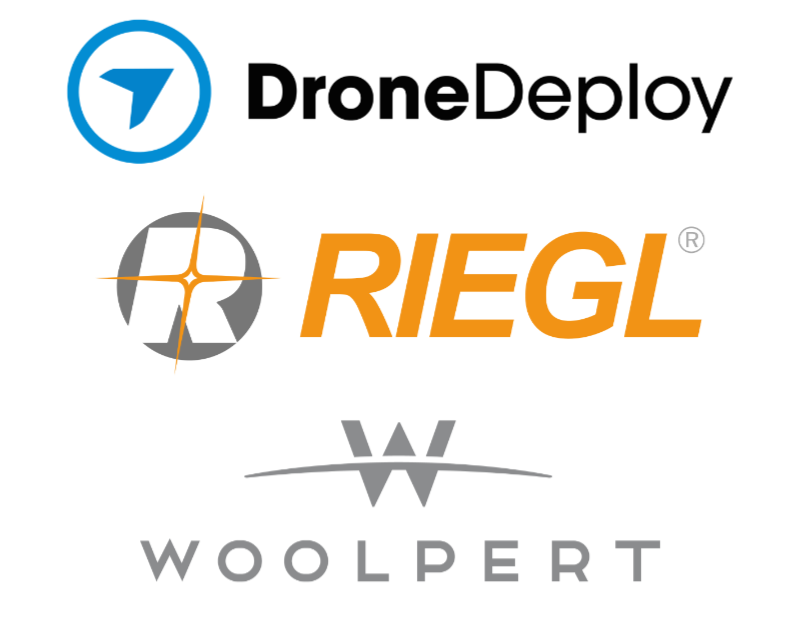 Thank you for registering for the on-demand webinar: How are Digital Twins Being Utilized to Create Efficiencies? A confirmation email will be sent shortly with access to the on-demand materials.