When starting to learn about any new topic, especially something as large in scope as the theoretical “metaverse,” the obvious place to start is simply with the definition. That proves to be a bit of a problem in this case, though, because the most common answer you’ll find is that no one really has a definition. There are disagreements from people involved in metaverse development in all phases on things from what the metaverse will look for, how many there will be, or even if it’s already here. Most commonly, the broad explanation is that the metaverse is the next phase of the internet, a 3D representation of it, following the personal computer era of the late 1980s, 1990s, and 2000s, moving on to the mobile internet era of the 2010s to today.

At a metaverse panel earlier this year at the Geo Week Conference, Brey Tucker of Autodesk likened the idea of marrying physical mail to email. So, the metaverse is the next stage, and similar to a person in the 1970s trying to predict what the internet would be like, there are a wide range of specific predictions for the metaverse, some of which will turn out to be correct, others not so much.

That being said, there are a couple of key truths that form an important basis for what’s coming next. One is that 3D technology is going to be the backbone of whatever it is the metaverse turns into. Additionally, there is going to be a lot of data involved, and coming from a variety of sources, and even a variety of types of sources. And third, the geospatial industry is going to play a huge role in the development and functionality of these virtual worlds. The good news is, the industry is getting involved right from the start as key players in the development. As Nadine Alameh, CEO of the Open Geospatial Consortium, put it in her appearance on the Building the Open Metaverse Podcast, geospatial is the representation of everything happening in time and space. Those same principles exist in virtual time and space as well, making GIS data and geospatial professionals key for any discussion around the metaverse.

Although exact definitions around the metaverse are still very much up in the air, one of the things most everyone involved agrees with is that users will be placed in virtual rules – sometimes in VR, but not always – which means that spatial data will be key. Consider the idea of commerce in the metaverse, with virtual shops that can be visited by digital avatars who are physically in different places. A lot of this will be based on real-world locations too, with at least part of it consisting of exact copies of our planet. For that to be accurate, experts in mapping the real world are going to need to be involved in mapping the digital version to ensure everything works as intended.

It’s not just the development of this metaverse where geospatial professionals are going to be key, though. For one thing, that development never really ends, as anything that mirrors the real world is going to be constantly updating just as our physical environment is. And even in virtual environments not entirely based on real world ones, many of the same spatial principals will still be in play, and geospatial professionals will have an upper hand in being able to interpret and take advantage of the data available. For example, virtual real estate is likely to be a very important part of the metaverse, especially in commercial contexts. Just like in our physical world, location is going to be extremely important for companies to maximize their return on virtual real estate investments, and many will certainly be willing to pay up front for the best location possible. As Jeran Miller, a realtor with a GIS background, points out, software using GIS data can create a map of even a virtual area and factor in key information like “foot traffic, parcel values, and proximity to related businesses,” in order to find the ideal location for a potential customer. Miller also mentions in his blog the eventual need for virtual geography researchers. 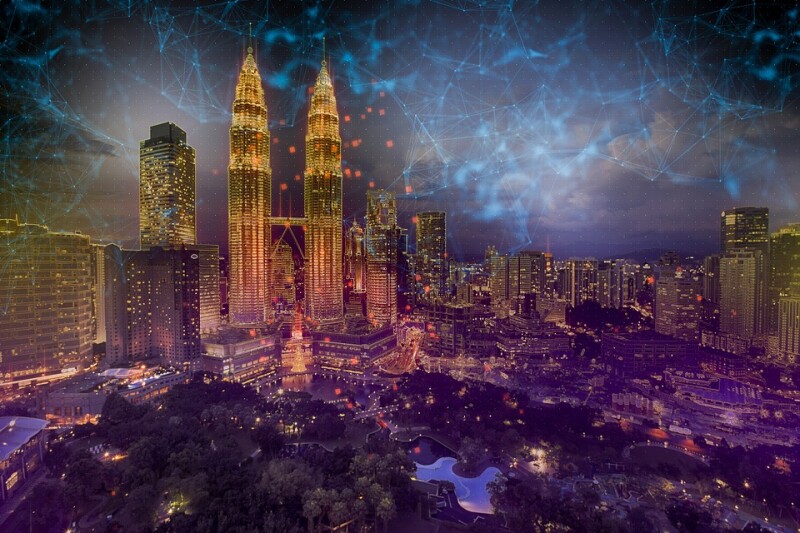 Digital Twins are the backbone

Given that at least one vision of the metaverse involves either an exact or at least near-exact replica of our real world, it makes sense that the concept of digital twins is going to be heavily involved in this development as well. Digital twins was at one point considered simply a buzzword in the AEC industry, but the concept is quickly being recognized as a significant value-add for those that take advantage. As a reminder, and as we talked about recently with Dr. Qassim Abdullah, digital twins are not simply a 3D model of a physical building or other asset, but rather a living, breathing model utilizing things like Internet of Things (IoT) sensors to provide real-time updates to the environment of the physical twin.

The use cases of these digital twins are going to be important for both public and private entities. On the private side, it is really a lot of the things that we already see in this space, just on a potentially larger sale. Building owners and facility managers can both spot in real-time potential issues with things like piping systems earlier than they would without the digital twin thanks to the IoT sensors, and they can also run simulations for future events using the information gleaned from sensors in concert with artificial intelligence and machine learning.

That same principle can also be used on a larger scale by governments at all levels. Using the geospatial data discussed above to create digital twins of streets, cities, states, nations, and even just the Earth at larger eventually, public entities can theoretically simulate things like climate events, which are expected to become more commonplace, both figuring out potential consequences and simulating potential ways to minimize the damage from such events. Alameh brought this up in a conversation with us around the geospatial industry’s role in the metaverse, providing the example of simulating a flood before it happens.

“If we can just see it in the metaverse, if we can see floods – not fake, not Hollywood, based on real scientific models and data, and historical data and predictions and you know, all this stuff that the experts do – then the decision makers can see it. You stand, you see where the water is coming. You see how many bridges are affected and how much they cost.”

As discussed at the top, there is still a lot unknown around the idea of a metaverse, and nobody is really clear on what exactly it will look like, one thing that most everyone agrees with is that there will be a massive amount of data needed for creation and continued development of this virtual space (or spaces), geospatial and otherwise. And building from that, it’s also clear that no one company or person is going to be able to harness, never mind possess, all of this data themselves. It is going to need to be a collective effort with a lot of different entities and industries being able to share information and data seamlessly. That will require open standards that are followed by different industries to maximize collaboration of tools and software. This led to the creation of The Metaverse Standards Forum, which is not a standards developer but a forum for many different organizations to work together to create standards themselves. The OGC is one of the founding members of the organization.

Alameh points out some of the early signs that this may work with the examples of geospatial companies partnering with gaming companies, combining the GIS data with high-quality 3D representation that comes from games. We see that with Cesium and Epic Games – which also helped lead to the aforementioned Building the Open Metaverse Podcast with hosts Cesium CEO Patrick Cozzi and VP and General Manager of the Unreal Engine at Epic Games Marc Petit – and more recently Esri announced a new integration for their data to be visualized using the Unreal Engine as well as Unity’s gaming engine. Alameh, speaking of the geospatial industry, indicates that they have “half the metaverse right here,” referring to their crucial spatial data. Merging that other half with other relevant industries seamlessly and openly is going to be the other key if the metaverse is going to be as impactful as it has the potential to be.