At this year’s Intergeo expo in Hamburg, RIEGL announced three new LiDAR products. It may be the smallest of the set, the miniVUX-1UAV LiDAR, that draws the biggest attention.

The miniVUX-1UAV LiDAR is an entry-level, miniaturized addition to RIEGL line of VUX sensors for unmanned LiDAR-scanning operations. At only 1.6kg, the miniVUX-1UAV weighs less than half as much as its older sibling, the VUX-1UAV, which weighs in at 3.5 kg. It is also much smaller, with dimensions of 242 x 99 x 85 mm. This size and weight makes it easier to mount on UAVs with limited payload size and weight, and could extend battery life on larger UAV systems.

The sensor is designed for easy integration with RIEGL’s RiCOPTER UAV, but RIEGL says the aluminum housing is ready to be mounted on any kind of UAV, including fixed-wing, rotary-wing, and multi-rotor airframes. 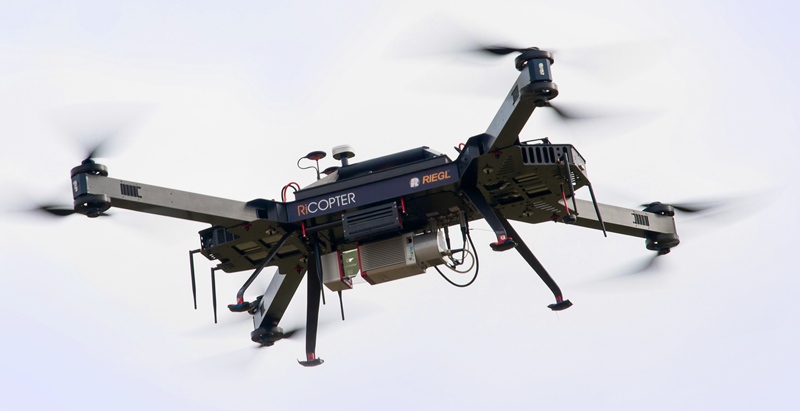 The sensor does not include an integrated IMU, but offers a mechanical and electrical interface for mounting one.

Unusual among RIEGL’s VUX sensors, the miniVUX-1UAV offers multi-target capability, with up to five target echoes per laser shot. It also operates at a wavelength that makes it particularly useful for mapping snowy and icy terrain.