Unsurprisingly, many of the expected trends are centered around the ongoing labor shortage.

We are nearing the end of 2022, which comes amid a tumultuous time for both the world at large and the construction industry more specifically. The pandemic hit all industries in a variety of ways, and a space like construction that requires workers in the field was certainly no exception. One of the side effects, however, has been the bucking of the stereotype that this is a space that will not adopt technological innovations. There are still some gaps that can be filled, but the industry is making real strides in the right direction, seeing wide adoption for things like drones, reality capture, BIM and digital twins, and plenty more.

One of the companies leading the way in providing resources for technology in this space is Procore, a leader in construction management software. As a company that works deeply in this space, they certainly have an eye on what has been happening in the industry, and more importantly what is coming next. With that in mind, two of their executives – Wyatt Jenkins, Senior Vice President of Product, and Sandra Benson, Global Head of Industry Transformation – shared some of their predictions for what we can expect in the construction industry looking ahead to 2023.

The Labor Shortage Will Continue

One of the biggest issue for construction, as well as many other industries around the world, is a shortage of workers. This has been pronounced for construction, and Procore executives don’t expect the issue to improve in the coming year. According to a report from McKinsey earlier this year, the 440,000 job openings in the industry in the U.S. is the highest since that data has been collected. Further, about 40 percent of the workers in the industry are expected to retire in the next 10 years according to one estimate, making this a long-term issue as well as a short-term one.

The good news is that a lot of the technology that is being rapidly adopted can fight these shortages in a couple of different ways. For one, many tasks are starting to be automated and streamlined in every step of a project. Furthermore, the technology itself could be helpful in attracting new and younger potential employees who are excited by the tools. This is going to be an issue the industry will have to continue fight, but the tools are there to make it through the issues more easily, which will be important given the expected demand for urbanization around the world coming in the near future.

On the issue, Benson said, “The number one issue for the industry in 2023 will be the continued labor shortage. We’re experiencing ‘Silver Fox Syndrome’ – senior people go to the job site and understand their work intuitively; however, the people entering the industry don’t have this experience. This creates knowledge barriers and creates an over-reliance on technology to ensure project progress.”

Augmented Reality Will Be Used for Training

Dovetailing off the issue of the labor shortage, the use of augmented reality is specifically called out as one of the solutions by Procore’s team, and one they expect to see adopted much more rapidly. Augmented, virtual, and mixed reality solutions have been increasing in accessibility over the last couple of years, and we are now at a point where the data to create 3D models is more accurate than ever, and the tools to both collect and process the data are more accessible than ever in terms of both financial cost and usability.

There are plenty of use cases for AR, including in planning phases and during construction itself, but training may be one of the most valuable for construction firms given the aforementioned labor shortages. With these tools, firms will have the opportunity to provide new hires “hands-on” training without actually having to be on the job site, allowing for this initial training to be done safely, and be done without having to slow or shut down work being done on a site. 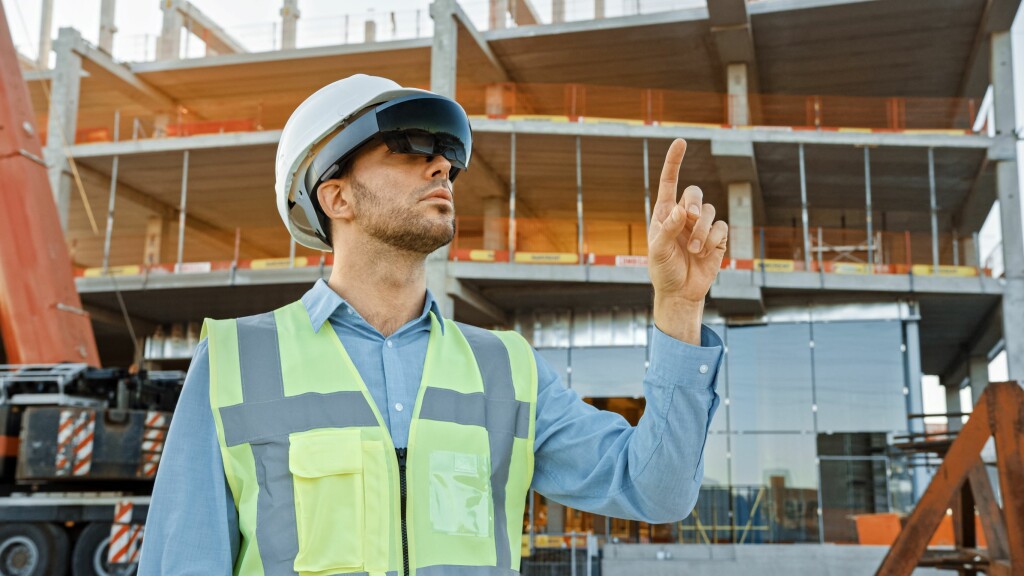 Jenkins noted on the topic, “Offering AR training could be a key force in working against the ongoing labor shortage. By introducing augmented-reality training simulations, trainees can be immersed in day-to-day activities in a personalized, safe, and interactive environment. AR training is an effective and accessible way to ensure proper training before sending employees to job sites, enabling smarter working.”

One of the other trends being seen in industries all around the world is an increased focus on diversifying workforce. Construction has long been a male-dominated industry, but that has begun to change in recent years. Even so, according to OSHA women still only make up nine percent of the total workforce in the industry. Given the labor shortage issues mentioned above, making an effort to reach potential workers who have not been targeted previously is even more important than it already was.

Benson added, “We’ve seen an increased industry effort to bring more women into the industry. So much so, women in construction jobs increased by 50% in about a decade. In 2023, we’ll see increased recruitment campaigns targeted toward women and other untapped talent pools.”

We briefly mentioned the idea of automation above, and in the construction context that is most often associated on the hardware side for everything from drones to robots to heavy machinery on the worksite, all including different levels of automation. That said, perhaps the most impactful form of automation, at least right now with many of the hardware solutions still in their nascent stages, are on the software side utilizing artificial intelligence.

AI has streamlined a lot of the back-end work that needs to be done to ensure projects are completed on time, within budget, and according to the plans initially laid out. By leaning on this technology, human errors can be avoided and potential clashes can be picked up on much more quickly and accurately to avoid costly delays and rework.

Jenkins said of AI, “In line with the push for smarter working, the construction industry will increasingly harness AI capabilities to not only alleviate skills shortages and resourcing challenges, but also automate powerful workflows to help project managers stay ahead of potential problems.”