A few months ago, SPAR 3D explored the possibility that Time-of-Flight or depth cameras could pave the way for everyone to have a 3D scanner in their pocket. While the jury is still out on that, the possibility of regular smartphones doing the job is about to become a reality, thanks to Occipital. Known for their inexpensive iPad-mounted 3D sensors, last week Occipital co-founder Jeff Powers tweeted a teaser video displaying a technology that rapidly creates a measurable 3D scan of an interior space – without the need for a depth camera.

“We think it is significant because it is the first time you can put this kind of technology into the hands of an everyday person.”Jeff Powers, occipital co-founder

The technology might not sound groundbreaking to some, but it is more of a leap than it would seem to be. There are some photogrammetry-based phone apps which require detailed scenery and skillful capture techniques, but the technology to reliably capture everyday spaces with a simple technique has been elusive. For Powers, this new technology is a game-changer.

“What differentiates this from anything that we’ve seen out there on the market today is that with only a phone and about a minute of time, you can capture a highly detailed, scale-accurate 3D model of a typical interior space.” 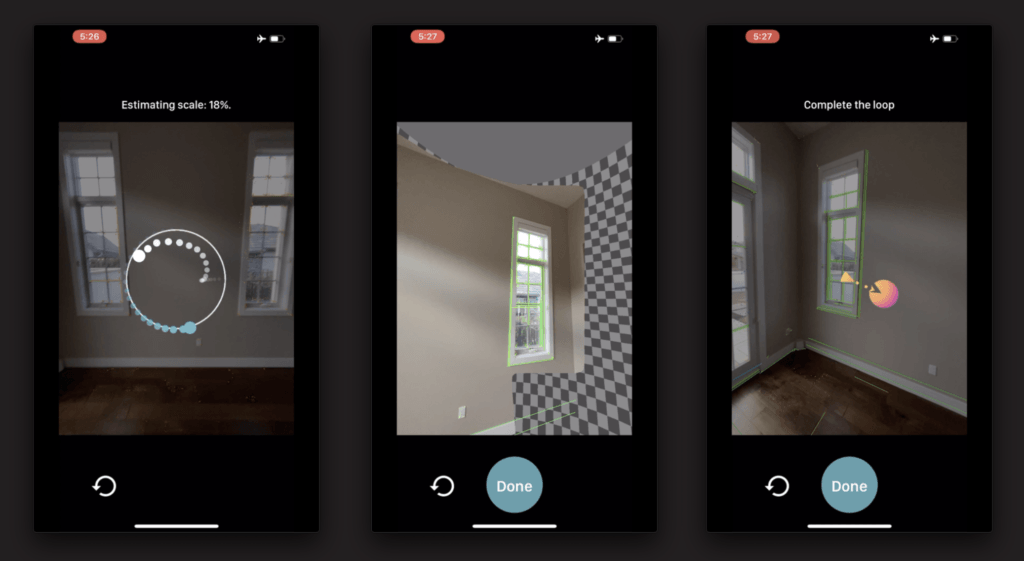 To accomplish this, Occipital built upon what they’ve learned over ten years of product development, bringing together Simultaneous Localization and Mapping (SLAM), real-time tracking and deep learning.

Data that was captured from their Structure and Mark II sensors was leveraged to “train” the new technology to interpret the data. The training data was able to contribute to an understanding of how to reconstruct interiors, which allows the system to fill in the gaps of extrapolate things that can’t necessarily be sensed just with the regular camera. Once the scans are completed they can be viewed on the smartphone, or via the web.

“Without deep learning, we wouldn’t have been able to infer nearly as much. And we’ve been able to find this really nice balance with the raw, pure, geometric computer vision that is essential to having metric accurate reconstructions,” Powers added. 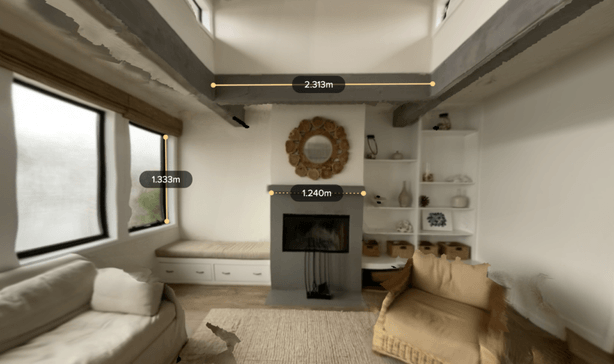 Occipital currently has a demonstration version of the software in hand, and has put out a call for beta testers to try out the technology before it is released later this year. App and other platform integrations may be on the horizon as well as feature additions and enhancements, says Powers.

“We’ve kind of solved the hardest parts now, and going forward we will make these captures look even more beautiful and more accurate.”

Occipital aims to reach several audiences initially, including companies that are in the home products or home design space (including interior designers, renovations, furniture companies, cabinetry, etc.). The ease-of-use and the ubiquity of consumer smartphones means that it might even be possible for firms to ask their clients to provide their own scans. It could be a useful tool for home and property owners who care about their own space, or want to pull up measurements for any room while they are shopping for furniture or home improvement projects.

“We think it is significant because it is the first time you can put this kind of technology into the hands of an everyday person.”

This democratization of scanning could have far-ranging impacts on industries beyond homeowners, to anyone that needs to capture and look at 3D spaces rapidly to make decisions. There’s a lot of potential there – and the mix of deep learning and widely-used tech means that users can bring their own device to accomplish what they need. Occipital hinted that more is on the way after their beta, so we’ll be on the look out for other imaginative ways that this technology can be put to use.