Kaarta has announced a new version of its Stencil real-time 3D scanning system. Though the changes include the kinds of updates you might expect—better hardware, improved accuracy, easier workflow and so on—the truth is that there’s a lot more going on beneath the surface than it first appears.

First, the obvious stuff. The newest Stencil proves out Moore’s law by including a faster processor for, you guessed it, faster processing. It also adds an HDMI connector for better connection to external monitors, and double the on-board storage capacity for easier storage and reduced need to connect to an external drive or computer for storage. Now the system also records GNSS data for loop closures and geolocation, which helps correct drift when you use the system in large spaces, improving the results of Kaarta’s strong SLAM algorithm. 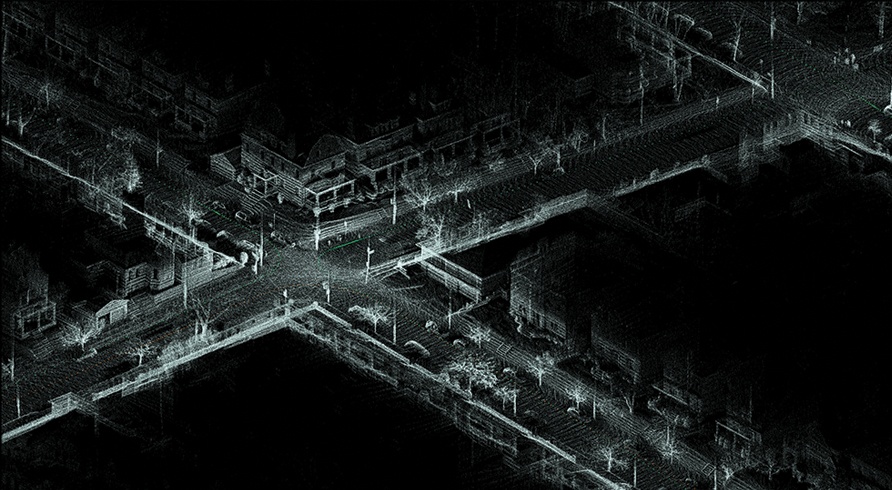 Kaarta’s head of marketing Kathy Pattison told SPAR that the device now ships with an iPad, a move that signals a big change in the user interface. Where once users were held to interacting with a text-based, command line interaction, now they get an icon-based UI.

The new Stencil also gives users the ability to operate the device using the iPad on a wireless connection. Pattison says this update makes for much more flexible real-time mobile operation, as it opens up a whole new group of implementation styles (“think vehicle-mounted”) and allows users to make parameter changes remotely, and on the fly instead of through physical manipulations or taking the time to connect a wired display.

Stencil 2’s UI also offers new user settings, including the option to choose when to generate full-sized maps, which allows greater control over on-device processing and frees the Stencil up for additional scanning in the field. Last but not least, you’ll find a new file management system that keeps all scan data in one place, and what Kaarta calls simplified localization modes.

Incremental upgrades to the Kaarta engine

Kaarta is among a new wave of hardware/software vendors that considers itself more dedicated to the software that makes the processing possible. Pattison says they make solutions that are “relatively hardware agnostic,” giving them “the ability and agility to incorporate the latest off-the-shelf components as they come to market.” This approach makes the Kaarta Engine, which powers the Stencil 2, the central product offered by the company.

The Kaarta Engine has seen a lot of upgrades since the Stencil 1 or the Contour hit the market. “This is where Kaarta shines,” says Pattison. “We are constantly improving and enhancing our algorithms and software and we make these upgrades available to users for free (no software license).

She listed “a few” of the many updates to the engine that users have received since the latest hardware release:

Pattison notes that since mobile mapping has matured from a “curiosity to a solid solution for many problems,” Kaarta plans to continue developing its hardware and software to meet the needs of more and more applications.

“In the near future,” she says, “you’ll see additional software services from Kaarta where users will be able to send captured data directly from a device, store it in the cloud, and post process it to produce CAD and BIM models.”

Given the incremental changes between hardware releases, it’s clear we’ll see a lot of changes to Kaarta’s system in the coming years.