It’s been a long time since the debut if the ZEB1, a handheld indoor 3D mapping device that drummed up quite a bit of enthusiasm in the industry. Since then, a lot has changed—small, flexible 3D scanning has developed into a powerful market, with a huge amount of competition from a growing number of vendors. With the announcement of the new ZEB-HORIZON scanner, GeoSLAM shows that it’s keeping pace handily. The new system features greatly improved specs, better SLAM, and a variety of mounting options—you can even stick it on a UAV. 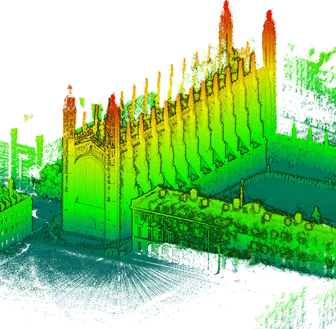 The ZEB HORIZON sports what appears to be a new sensor (web speculation says its a Velodyne Puck, but that is unconfirmed). It captures 300,000 points per second at an accuracy of 1-3 cm and a range of 100 m. Notably, the Horizon supplies intensity data, a first for the company.

GeoSLAM says the sensor is designed for a number of applications, including the generation of 2D floor plans, 3D volumetric calculations, scan-to-BIM, and object identification.

Compare the quoted point density of the ZEB HORIZON to the ZEB-REVO (which captures 42,300 points per second), and it’s easy to understand why the company says it is seeing stronger and more robust SLAM than ever before. The SLAM simply has higher quality data to work with.

In a post on the Laser Scanning Forum, GeoSLAM COO Mark Reid explained that the system includes a number of software tweaks and updates. For one, ZEB-HORIZON is being launched alongside a new version of GeoSLAM Hub that is native to Windows, and as such no longer requires the installation of a virtual machine.

As for the processing itself, GeoSLAM has tweaked the way its system works with the ZEB-CAM, improving the synchronization of the cam’s imagery with the point cloud–which means, of course, you’ll get better point cloud colorization. The team has also added a new point cloud smoother option. 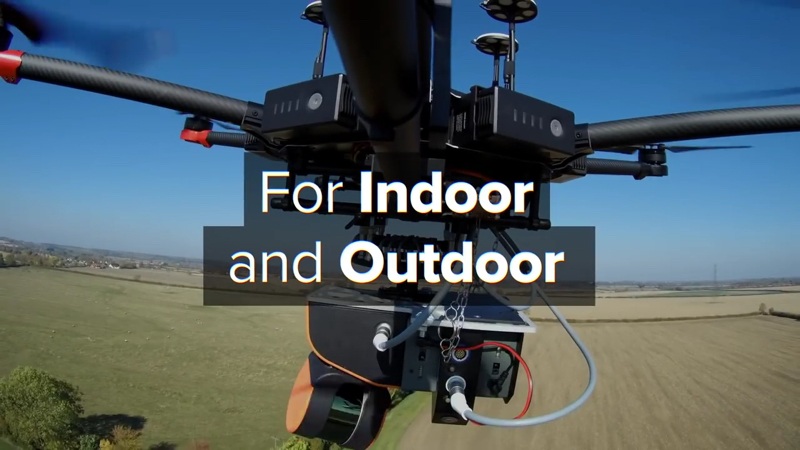 A screenshot from the ZEB-HORIZON launch video that features the system on a UAV.

Where the earliest small mobile scanners were strictly handheld devices, the ZEB HORIZON is much more flexible. Hold it in your hand and scan at a walking pace. Stick it on a pole and increase scanner range, or access difficult spaces. Attach it to the GeoSLAM cradle to lower it into spaces like manholes.

GeoSLAM also rates the device for mounting on a UAV, though it’s unclear exactly how much the device weighs, so any interested parties would be advised to check the payload their UAV can handle before jumping in.

For more information about the ZEB Horizon and other GeoSLAM products—including price, availability, and configuration options—check the GeoSLAM website.