The launch coincides with a significant update to the Connect software platform.

SLAM-generated point clouds have many uses, and can be helpful for visualizing information more quickly than traditional laser scanning. Leading SLAM technology company, GeoSLAM has announced a much-requested feature to its latest handheld slam scanner, the ZEB Vision. The biggest change is the addition of a 4K panoramic camera that provides both image capture ability and drives the coloration of pointlcouds without the latency of a third party camera system.

The ZEB Vision can be deployed in a handheld format or in a backpack, and can now simultaneously capture 360° panoramic images and point clouds. The images are captured concurrently with the scan, which does not require the user to stop and take photos. Because they are timed exactly, the color data can be used to apply color information to the captured point cloud, bringing true colorization ability to the ZEB lineup for the first time.

The launch of the new scanner and colorization aslo coincides with an upgrade to the Connect software platform, which is used to visualize, share and organize collected scans. With the latest release of Connect, data captured with the ZEB Vision can be easily colourised, without the need for third-party software.

The new Connect software also offers the option for a ‘walkthrough’ view, where users can visualize the point cloud and then seamlessly transition to viewing the captured panoramas, with the option to layer the point cloud data on the images. Users can also now achieve greater understanding and visibility of the data capture environment with an immersive walkthrough, so they don’t have to be the person capturing the data to see it clearly. 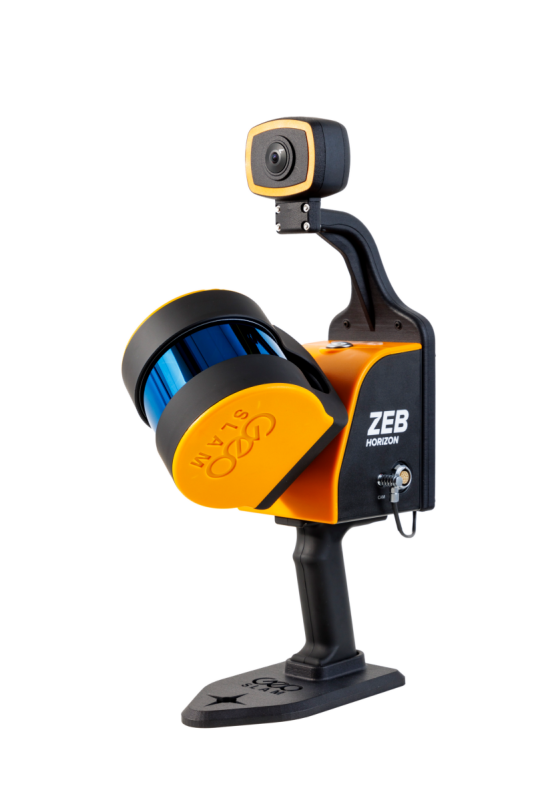 “Being able to add context to data, through colourization and image capture, is invaluable, particularly for those working in the surveying, architecture and infrastructure sectors, where the extra details can make all the difference.

“Our customers completely own the data and images they collect at no extra cost. We are working hard to make capturing geospatial data as easy as possible, from our walk and scan method of data collection to automated workflows. Teaming the ZEB Vision with our updated Connect software will simplify this process even further.”

The update to Connect coincides with the launch of the ZEB Vision, but the colorization feature is just one of the new automation options included in the update. The update also includes arange of new data filters and classifiers for automatic data cleaning. This gives greater point cloud clarity by removing outliers and other unwanted points such as people and vehicles. An internal measuring tool can be used within Connect to quickly measure distances between points for quick and accurate analysis when needed.

Existing GeoSLAM customers with a Care subscription will be able to freely update to Connect 2.1, and any new products shipped will come with the software, providing users will full ownership of their data.