FARO has acquired MWF Technology GmbH, a German company that develops augmented reality solutions for the BIM/CIM and metrology industries.

MWF also offers a hardware and software solution for laying this data on to the real world as an augmented reality projection. It exploits the iPad’s integrated camera and a set of small physical position markers for precise tracking. MWF says this simple system works even “in poor lighting conditions,” and that it “guarantees the precise match between virtual and real world.” 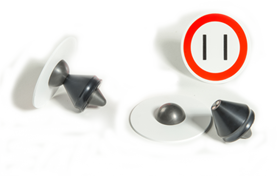 The solution is intended to be a lower-cost augmented reality technology for use in factory assembly, design studies, and inspection on construction sites. For instance, a construction field worker could use it to lay the original 3D CAD data over the as-built, allowing her to identify errors quickly and rectify them before they require costly rework.

FARO says the technologies will act as a complement to the experimental FARO VR Viewer, which renders point clouds in 3D on the Oculus Rift.

The company is one among a growing number of major players in 3D-imaging that are expanding into the VR and AR space.

“With the introductions of Mobile AR and VR solutions,” said FARO president and CEO Simon Raab, “we are at a seminal moment where we can enable our customers to evolve their thinking and actions beyond doing it the right way to doing it the best way every time. They will benefit from error detection at even earlier stages of the production, construction or design process.”

How Can Extended Reality Be Used in Building Design and Construction?

How Can Extended Reality Be Used in Building Design and Construction?