How technology can help combat water shortages around the world.

While many individuals, companies, and industries have been focusing on sustainability for decades, it’s also certainly true that the efforts have become more widespread and targeted in more recent years, over the last decade or two. A large part of this focus has been around cities, which are only expected to become more densely populated over the next quarter century and are also where the majority of global emissions originate. It’s a huge topic, of course, but one of the areas in which sustainability conversations can really happen at a city level is around water conservation.

Water crises have already been a part of life in certain areas around the world, and if we’re not careful it’s only going to become more commonplace. Consider that 11 percent of the world right now has no access to clean water, and consider the effects adding denser populations to some of those areas may have on that statistic. The fact is, both public and private entities are going to need to put more and more of a focus on water conservation moving forward, and the geospatial world needs to be – and already has been, in some cases – a major part of that, being used for the most accurate information to create plans, incorporating more digital twin work into the mix, and even using data from the skies to help in these efforts.

The biggest key for being able to conserve water on large scales is having access to the most accurate information possible, something that can very well be filed under the easier said than done category. That’s not to say it’s impossible, though, and plenty of government groups are working with GIS experts to make it a reality.

Take, for example, Israel, who has been on the forefront of using a lot of this information to its fullest possibilities. As part of a larger effort to transform themselves into a “Smart Nation,” Israel has turned to GIS in order to streamline their water conservation efforts. Working with the local Water Authority, national authorities created a new GIS module tracking water needs for green areas. Individual cities and other local authorities can access the module, entering in their own green areas as well as any attributes within (i.e. trees, grass, plants, etc.). With all of this information in one place, municipalities can now get estimates on how much water consumption they should need for these areas and compare that with actual usage, cutting out any potential inefficiencies or wasted water. 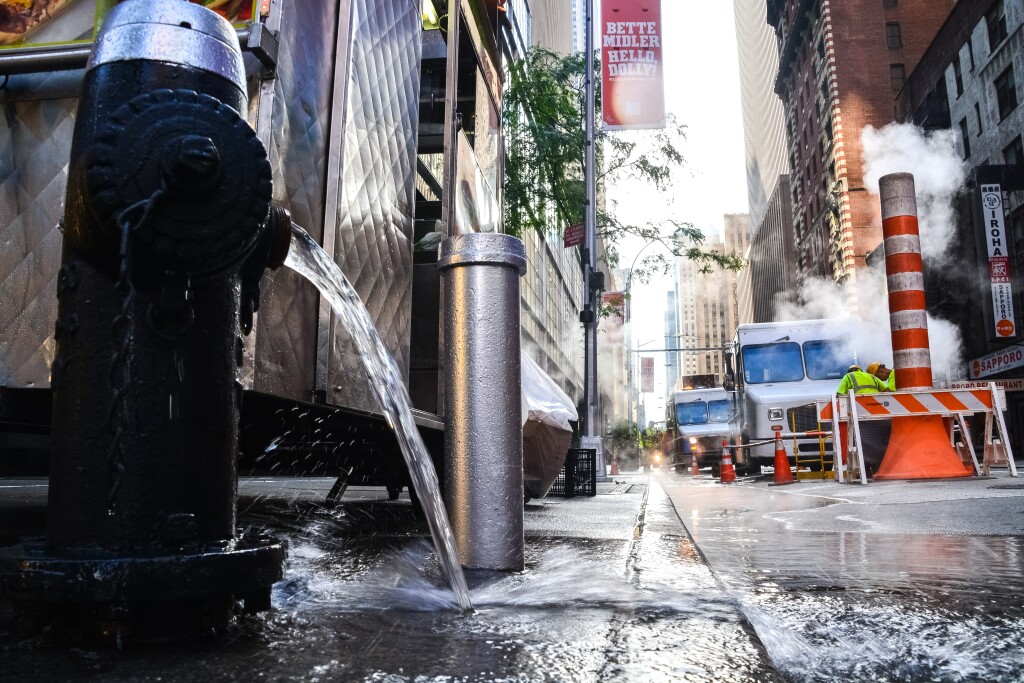 Los Angeles is another good example of a city drawing information from GIS systems to maximize the efficiency at which they are using water, which is of course key in Southern California, which has been dealing with more and more drought conditions in recent years and decades. In L.A., they receive a significant amount of their water – as high as 90 percent by some estimates – from outside the city boundaries. That’s a big reason they’ve put a larger focus on water recycling of late, specifically around the re-use of storm water. To that end, the city developed an interactive GIS dashboard, which helps people find open areas that can be used to harvest the water, as well as green projects in those areas to accomplish those goals as well.

Digital Twins and IoT for Early Detection of Issues

Interactive GIS maps and modules are a great starting place for conserving water on a large-scale level, but as technology has rapidly evolved more recently there are even more solutions on both the public and private side of things in water conservation. We can start with digital twins, particularly of underground infrastructure systems. It’s something we’ve talked about here at Geo Week News under a different concept, but having that information available for construction companies can be huge in this space as well. To put it as simply as possible, having complete and accurate digital twins of subterranean water systems provide a massive help in avoiding strikes by digging companies. Keeping the water in the pipes is half the battle in saving the resource.

We’ve seen this work in practice, too. Take the example of Mumbai, one of the largest population centers in India. Given aging infrastructure – on average, pipes in Asia have been there for roughly 100 years compared to 45 years for the United States – there have been issues with leaking infrastructure wasting water as well as strikes in a city with tons of development. To counter this, the municipality began in 2016 to digitally map and geo-reference pipes throughout the city, and when it’s completed they estimate they’ll reduce the estimated 700 million liters of water that are lost annually to leakage and theft.

Sao Paulo, meanwhile, is using even more technology to help with similar issues. Brazil’s largest city doesn’t have a problem with a lack of water, but severe lack of potable water has been something to be addressed. Those issues came to a head in 2014 when the city was hit with a major water crisis, and the city turned initially to GIS mapping of the water system in the area and combined it with a hydraulic model to find the most efficient ways to increase water supply. That worked to head off any catastrophic consequences, and more recently they’ve upped their technology usage by utilizing IoT sensors and even artificial intelligence to help detect and predict leakage. The result has been a decrease in water shortage incidents in the area from 14 percent in 2015 to just five percent now.

This technology can be masterfully utilized by local governments and organizations, but results are best when private companies help in at least providing the technology. Bentley Systems has been one of the companies working towards this goal, and they were in attendance at the Global Smart Water Summit earlier this year to detail how these different technologies can help, including digital twins to run simulations for maximum preparedness in the event of an emergency with a water system. 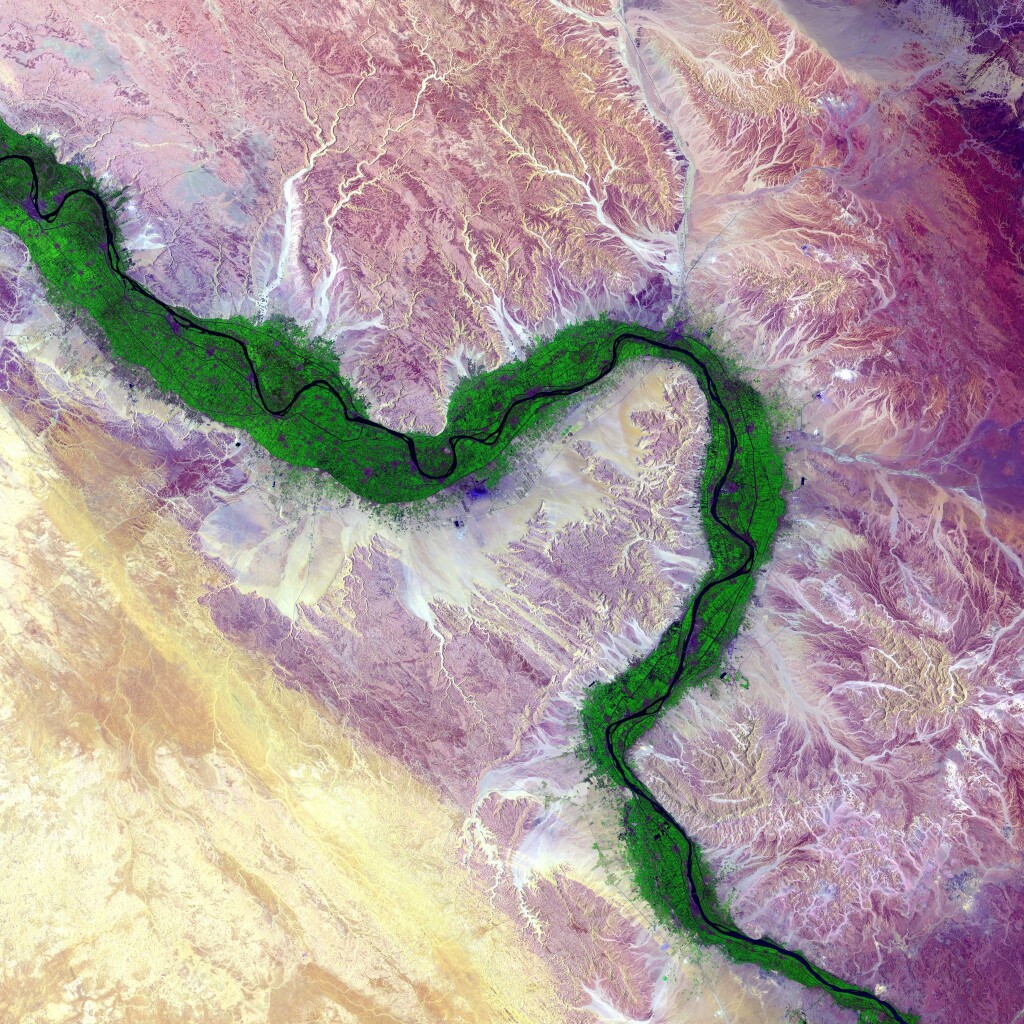 Satellite Monitoring from the Sky

While we’ve stayed grounded in the discussions for how we can save water so far, there is also help to be had by moving up into the stars for detection purposes. Take Asterra, who has been utilizing satellites to collect geospatial data and monitor what is happening under the Earth’s surface since 2016. The company started based on some of the core technology used in searching for underground water on Mars, and was adapted to work for similar purposes on Earth. Using machine learning and artificial intelligence, they are able to recognize signatures of even small leaks below the surface, leaks that could potentially go undetected for years.

These undetected leaks being stopped not only reduce the amount of water taken out of reserves to replace it, but also help in approaching other sustainability goals, such as the reduction of energy usage in pumping that extra water that is no longer required.

Leak detection isn’t the only use for this sort of remote sensing, either. Using this data from satellite sensors can also be used for things like rainfall estimation, which can be combined with some of the other GIS data discussed above to create the most efficient processes for conserving water. Those types of systems can also be set up for watershed management, snow monitoring, and plenty more in this space as well.

Water conservation is only going to become more important, particularly in urban centers, as cities become more and more populated. The UN projects for there to be about 10 new megacities by the end of this decade, many of which will be in countries like India, which is among the most water-stressed in the entire world. It’s going to be an uphill battle for the entire world, but data from the GIS world and technology like digital twins needs to be a tool utilized by those looking to combat these issues head-on.