The new app builds on Clirio’s existing software and can be used for field inspection and digital twinning.

Clirio, who was one of the companies featured at Geo Week 2022’s Pitch the Press session, has since updated their app for worksite capture and organization. The company announced earlier this year the launching of a new app, simply called “Clirio”, which will provide users the ability for end-to-end 3D capture, sharing, and problem-solving. The app will also increase collaboration between team members and stakeholders for a given project, both in-person and remotely.

Clirio is a set of mobile, web, and VR/AR apps that can be used from the start of a project through the life of the construction, and even after. To use the app, users will first create a 3D scan, which are currently only supported with late model iPhones and iPads running on iOS 15 and cellular data capability for GPS positioning. From there, they are able to add any notes or sketches to the existing photos that can be shared with fellow team members, and the observations are geo-referenced to a worksite basemap. The software can then be utilized to make comparisons to the worksite between any points in the life of the project to confirm that any existing problems were solved or items on a to-do list are completed.

One of the big selling points of this new app is the ability it presents teams and anyone involved in a given project for collaboration, and has tools that can be utilized both in the same room or remotely from across the world. Those with access to the data in the app have the ability to invite those on the team, or other stakeholders, into a workspace in the app to review any relevant data or collaborate on ongoing projects to make observations and suggestions. 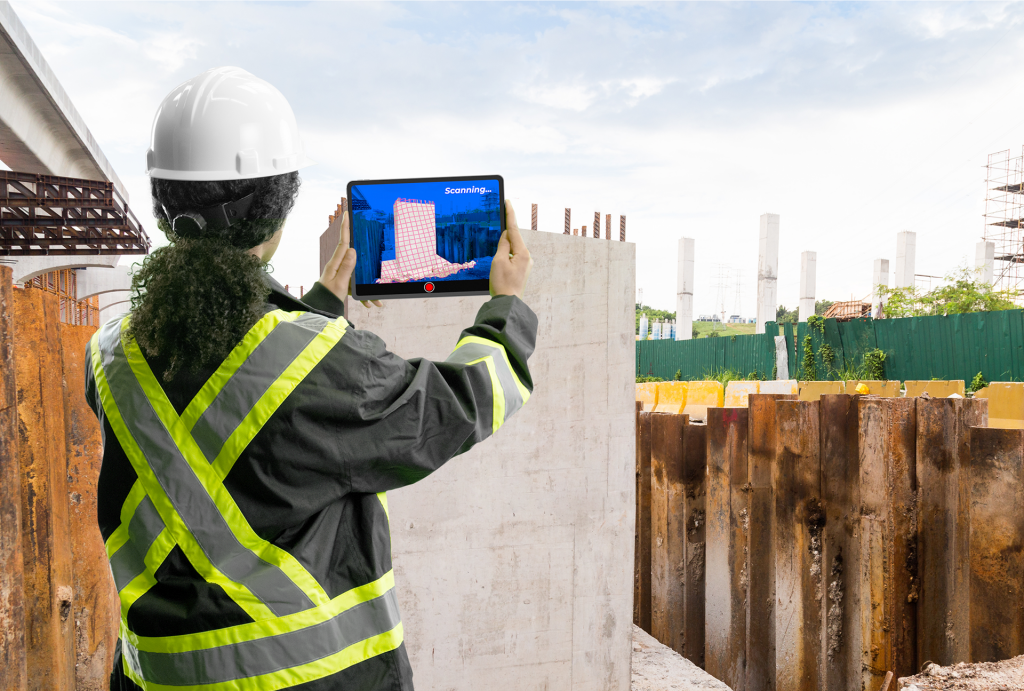 The data and digital twins from the app can also be viewed in 3D holographic form when connected to a Microsoft HoloLens device, with compatibility with Oculus Quest VR systems and PC browsing coming at a later date. Team members and stakeholders can be invited into a virtual session where site data can be shared and visualized in the metaverse. These sessions can be attended by multiple users in a variety of locations, and users can have a mix of devices to connect.

There are a number of industries highlighted by Clirio which can make use of this new app, starting with construction and engineering to work on new buildings and other construction projects. Also noted are industries like resource extraction, land and asset management, energy and utilities, and archeology. Clirio founder and CEO Ron Klopfer notes that this work across so many different industries has provided key insights in bringing this new app to market.

As mentioned, the end-to-end capabilities of the app ensure that it can be used for the start of a project, scanning an existing structure to monitor the changes in throughout project, but can also be used after a project is completed for things like inspection to make sure things that were out of code are no longer in that state, and planning for maintenance as asset managers will have be able to proactively see when a piece of a structure or infrastructure will need to be worked on rather than working reactively.

Clirio data is also stored in their Clirio Cloud tool, which allows users to add multiple, complimentary data to a workspace. Users can use the tool to add CAD, GIS, photogrammetry, lidar, subsurface, and geophysical data, and then share with other team members as discussed above.

Clirio is based in Vancouver, British Columbia, Canada and was founded in 2020. Their goal is to address the challenges for engineers that come from trying to communicate problems in a 3D world using 2D images and drawing. Bill Burton, Principal Geological Engineer at BGC Engineering Inc., notes how much information there is to keep track of along with the number of people who need to see it, and what a challenge that can be. To that end, he calls the ability of Clirio to take hand-held laser scans and then work with them as life size 3D holograms, “revolutionary.” Clirio is currently available for anyone to create a free account.