Could Blockchain be the missing link for the AEC/Built World Industry?

It’s no secret that the built world and the methods powering it are ripe for disruption and innovation. Massive investment is being pumped into companies in every aspect of the industry, including tracking of labor and progress, IoT devices, and AI. We are seeing rise to the ConTech paradigm that is starting to rival the FinTech excitement years ago.

Some might say that throwing the word “blockchain” into the mix is just more hype. However, as big players like JP Morgan Chase, IBM, Microsoft, and Google enter the market and invest in the technology, it’s worth asking: Is Blockchain the missing link for innovation in the built world? To begin to answer that question, a clear understanding of blockchain and its related technologies must be laid out.

By now everyone is familiar with Bitcoin and probably most are familiar with the term cryptocurrency, but most still aren’t sure what it all means.

As described by the Harvard Business Review, a blockchain is “an open, distributed ledger that can record transactions between two parties efficiently and in a verifiable and permanent way.” Since this ledger is managed by a peer-to-peer network of computers—and is cryptographically protected—it has been seen as a way of establishing trust between parties that is publicly recorded and verified. Since the technology is also capable of executing contracts automatically through electronic means, blockchain has begun to get the attention of lawyers as well. 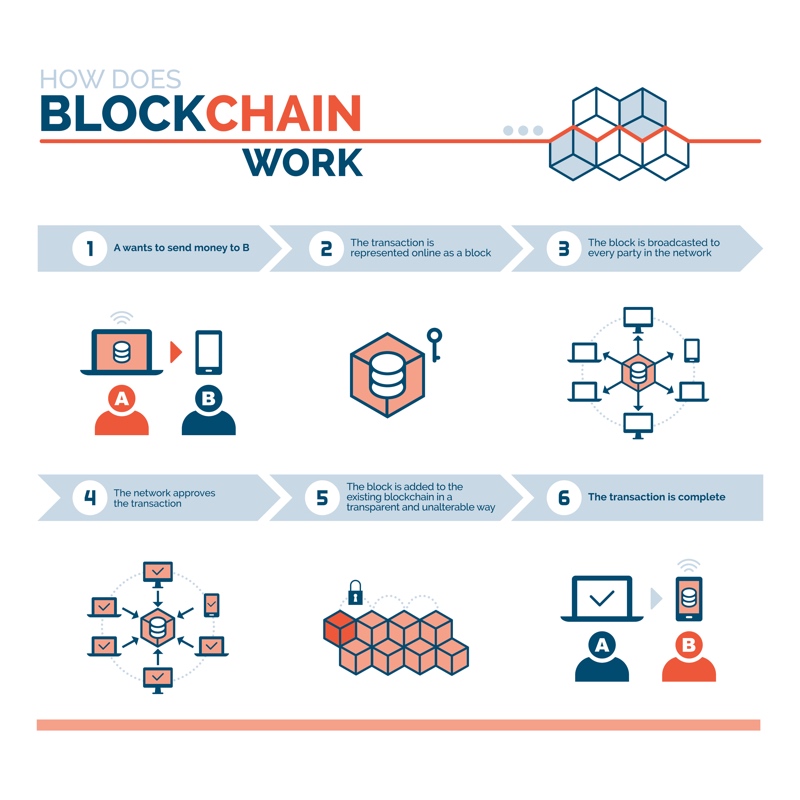 As blockchain matures, some of its branches hold potentially promising applications for different aspects of the AEC industry. Built-world professionals are looking to the technology because AEC projects involve large amounts of transactions, and relationships between parties. The technology helps to keep these transactions public, and verified.

Since we’re not just talking monetary transactions, but also information transactions, this leads to the second use case in the industry: establishing trust.

Since the industry is so plagued by a lack of trust, some talk about the final phase of construction as litigation, blockchain-based smart contracts could be an incredibly effective tool. The term “smart contract” describes a derivation of blockchain technology that is essentially an “If This Then That” piece of code designed to facilitate the exchange of money, content, property, or anything of value. With blockchain, this contract self-executes when certain conditions are met. And they promise to execute as programmed without any possibility of fraud, downtime, or interference.

This is powerful in a couple of ways. First, it’s automated. Second, the funds are transferred to the subcontractor once the contract terms have been met. For a a subcontractor, not knowing when they will get paid makes handling costs like payroll and materials very difficult. The instant transfer of funds through smart contracts could solve these problems and open companies up to schedule more work and keep funds moving.

Ethereum may be known for its associated cryptocurrency, Ether, but the most powerful thing it has done is add another layer on top of blockchain. This layer allows programmers to create decentralized applications utilizing Ethereum’s blockchain—instead of creating their own blockchain and starting from scratch.

Ethereum enables users to develop decentralized applications so easily they can create these applications for potentially endless uses.

In our previous example with a contractor entering into agreement for services with a subcontractor, the smart contract executes when all conditions are met. Well, as is common in the construction industry, What if the work promised does not match the conditions of the smart contract? By our previous logic, the contract would not execute and the subcontractor would not be paid. This discrepancy or lack of quality—the subcontractor’s failure to meet the terms of the contract—can also be recorded on the Ethereum blockchain. If a subcontractor consistently underdelivers, the results could be tied to the blockchain and average out over time to develop a reputational ledger for future parties to base their operational decisions upon.

In a large industry like construction, there are multiple parties who can promise any kind of work, but it can be difficult to trust their standard of quality. This is why there are several software companies developing prequalification standards for bidding purposes. This kind of prequalification can be a dicey process, but when integrated with the Ethereum blockchain, the process becomes binary: does the subcontractor meet the qualification standards or not? 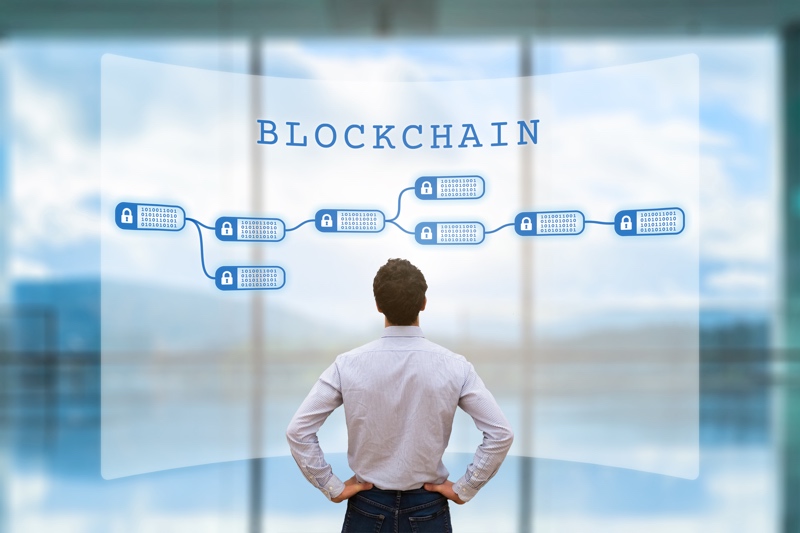 The private side of blockchain

A lot of what makes blockchain so powerful is the idea of a public ledger to enforce transactions and contracts. But Blockchain is evolving, with the advent of the private blockchains to complement the public blockchain. A private blockchain could be powerful in that some transactions could be made public, and others would be restricted to only certain parties directly involved. With large construction projects, it will be easy to see who is paying for a property, who is building it, who is designing it, etc, while keeping margins and profits off of the billboard.

This leads into the next blockchain term to be discussed: Hyperledger, a technology that enables exactly this kind of private blockchain.

Hyperledger is a blockchain technology used for processing, and is similar to Ethereum in that it can be used as needed by any company and can be easily built upon. Businesses have been investigating Hyperledger because it fills several key requirements for businesses interested in blockchain: It is a permissioned network, it does not rely on cryptocurrencies, it is programmable, and it is capable of confidential transactions. This last element is key to the potential use for Hyperledger, since it means that the technology allows for transactions that are visible to some and not visible to others.

Many construction projects already make certain transactions public. We often see in the media, for instance, the price paid by an owner of a new high rise or a new sporting arena once pricing has been figured out. What is not seen is the profit margins of the general contractor, or the architect, or other parties involved for the work they did in the project. This is why the construction industry may be reluctant—to say the least—about putting all the transactions involved on a project into the public eye. By integrating Hyperledger and the Ethereum blockchain, owners, architects, engineers, subcontractors, vendors, etc. can make public their contract terms and enforce them automatically, but then also privately enforce their business operations on their own internal Blockchain, which remains within the company for tracking and management purposes. 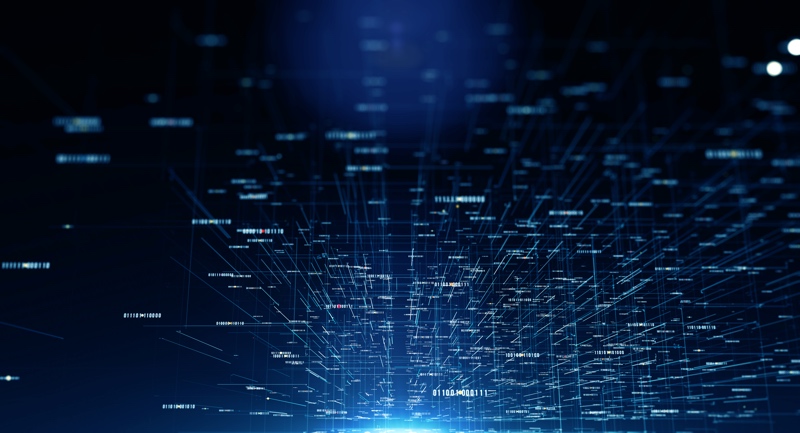 With so many variations and nuances of this technology, it seems difficult to imagine that it won’t see integration within the industry’s existing workflows. Blockchain can even potentially be used to solve at least one of the hardest issues within the construction industry, which is collaboration or information management.

Where in the past tablets on the jobsite were laughable, today just the opposite is true. This idea of connection has permeated every aspect of the job site, so that today a superintendent can not only monitor the latest revision of the drawings from his tablet, but he can also monitor the air quality in “Area 3” of the job site, while also ensuring no workers are working around “Area 5” because it was closed off due to compromised structural integrity. The amount of data being produced by each individual involved in a construction project has grown exponentially with the rise of tablets and other smart technologies alongside the rising use of photos, videos, and even lightweight reality capture devices. This rapid increase in available information will not slow anytime soon, and the tracking of all this information can be laborious and cumbersome on any system.

Though drawing revisions, requests for information, change orders and submittals are always being recorded, many companies have been looking for a way to integrate and aggregate all this data—and blockchain might be just the thing, since it can track all informational transactions on the job site.

For example, the ledger technology can be used to track drawing revisions, which can be very handy when a subcontractor discovers a design flaw during a typical day on site. Using a solution based on the ledger technology, the contractor can view the work and note that it is not to the current drawing specification. They can then cross reference the completion date against the date of the drawing revision and the issue date, and then quickly clarify where the extra money must come from.

The underlying technology and method of operation for the blockchain lends itself to almost any and every aspect of built environment work. So much so that it is important to ask, if it is so fundamental, why hasn’t anybody developed such a solution? If the blockchain can track and execute construction contracts from the highest level down to the subcontractor and vendors all the way down to the drawing revision of the architect or engineer and even to the logistics of prefabricated units and basic materials to the job site, why haven’t we implemented it already?

The answer may be that the technology is still maturing and is dependent on a mature community. The Fintech industry is always the first to jump on new technologies and integrations, which is why this technology is often seen in cryptocurrency use cases. But with others developing and dissecting the inner workings of the technology, we are seeing full integrations of blockchain in other industries. Logistics, for instance, uses the technology to track products from creation all the way to consumption. The construction industry is taking note of this technology and is seeing early development for payment methods as well as contractual execution.

One of the reasons blockchain is so powerful is not the idea that it is somehow aiming for transparency, but the fact transparency is fundamentally built into the blockchain. With the integration of blockchain technology into all aspects of the built world, certain fundamental issues of the industry could even cease to exist.

Innovation has always been on the forefront of Tony Sabat’s endeavors. Whether personal or professional, he always looks to question existing practices and iterate multiple opportunities for advancement. With the convergence of industry and technology, constant change is inevitable. Tony looks to validate all tools and workflows to fully harness into real world applications.

Triax shows how IoT is key to AEC's big-data future