Why AR and VR need photogrammetry

Photogrammetry companies were quick to see the ways that VR/AR technology could use professional deliverables such as 3D city models. But at the moment, there’s an impasse, as photogrammetry companies are not sure how to make the next move. At Racurs’ latest Scientific and Technical Conference last October, a roundtable was organized to discuss new market opportunities for photogrammetry in the AR/VR space.

The discussion opened with an overview of how VR/AR is used in Russia and abroad, notable use cases are simulating complex or dangerous environments (from rocket launching sites to nuclear reactors), or training, where VR provides a good alternative to putting personnel on-site, such as when training someone to run a train. VR can also be used for cutting costs on trainings, for example engine assembly where distinct engine parts can be visualized precisely using VR models.

The data needed to use VR/AR technology for these applications can be accessed oftentimes through geoportals. Many of these portals come with an inbuilt VR/AR function that requires extra technology from photogrammetric companies too to integrate both disciplines.

Unfortunately, current AR/VR technology is not always what people expect from it: VR helmets can cause dizziness for first-time users. Lightning is another problem. 3D applications and models sometimes solve this issue by including an artificial lightning source to see how the experience would look in real life.

A general problem with new technology is that there exist only isolated use cases for separate verticals. People are still figuring out how to put the technology to its best use rather than refining or adjusting it to their specific needs. 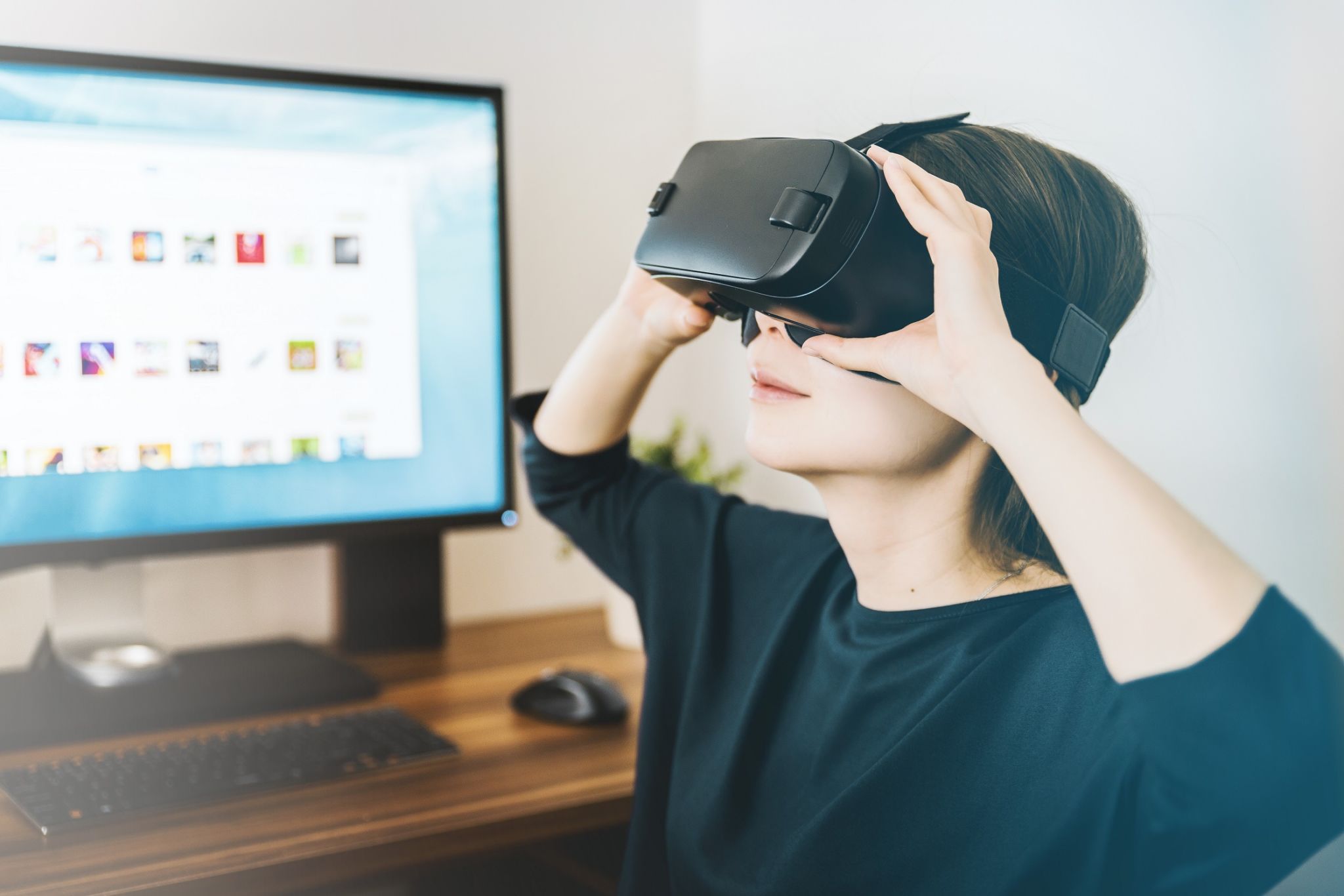 How best to combine VR/AR and Photogrammetry

Racurs had its first experiences with AR/VR earlier this year when it presented various data sources (satellite images, BIM, 3D models) in a VR model. While the company’s PHOTOMOD system can produce both 3D vector models and 3D point cloud models, Racurs learned that vector models are a better option for 3D CAD and GIS models, as they give better visual results when you get close to the edges of objects, such as houses. While texturized dense point clouds generated from stereo vectorization look good when zoomed out, the results get worse when zooming in, as there are too many (smaller) objects to visualize.

This quality difference means there´s an industry trend to generate photogrammetric vector models for AR/VR. Another benefit: there´s no need to texturize 3D vector models, and they can be sold directly to customers such as architectural bureaus and construction specialists. The models also enable GIS users to attach attribute information to the objects inside a city model.

The importance of metrics

Photogrammetric models are a great match for VR, since this technology requires measuring distances to objects in real-time. This goes for AR as well, since it visualizes a virtual layer on top of reality.

In terms of hardware, it is not yet clear how VR/AR will change existing photogrammetric workflows. At this point in time, visually demanding work done using stereo monitor might be a better option than putting on heavy VR glasses for multiple hours. It is expected that experimentation in academics will shed more light on this matter soon.