This year at SPAR International (going down March 30-April 2 in Houston), we pulled out all the stops. Want to live out a few science fiction fantasies? SPAR is the place to be. Here are some cool things you’ll miss if you don’t register. More info on the conference here. 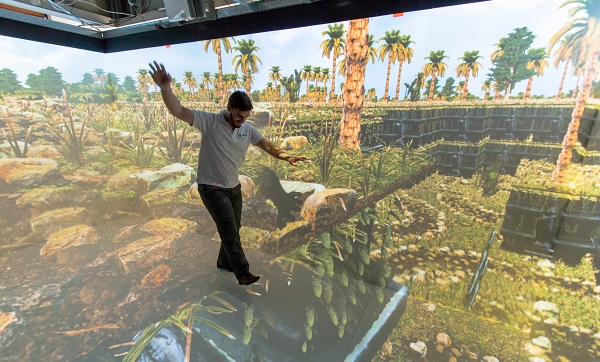 Euclideon will be on site debuting their hologram room, and it is definitely the first thing I’ll be trying out on site. According to the company, “Users may now scan in real world environments using Euclideon’s revolutionary solidscan technology and explore them in Euclideon’s hologram rooms. The objects in the hologram room are not just projections on walls, they appear to be solid and float in front of you. You will be surprised and amazed.”

Euclideon will be on hand with a working demo of their technology for you to try. They’ll also be answering questions, including how this mind-boggling technology can help save time and money.You may have heard about this kind of technology before, but never seen it in action due to the computational demands of crunching so. much. data. Somehow Euclideon has solved this problem by creating “algorithms that give computer graphics unlimited power,” as well as hardware and software designed to present consumers with a complete holographic solution. Holograms are now within reach.

We covered DAQRI’s invite-only 4D Expo a few weeks ago, and now the company has developed working demos of their augmented reality helmets intended for “companies in aerospace, energy, government, manufacturing, oil and gas, transportation and more.”

Our own Sam Billingsley, writer of Confessions of a Hired Gun, described the helmet in his blog: “Essentially, it’s a hard hat. However, it contains six cameras (set up for 360° FOV and forward facing 3D), an industrial grade IMU, and a retractable screen for a heads up display that moves out of the user’s way when it’s not being used. The entire setup is powered by two Qualcomm Snapdragon processors. The firmware boasts a system called Intellitrack™, which Daqri claims can be used for navigation and 3D object recognition. As in: No AR markers or codes are needed to identify an asset in the field!”

Check out the helmet, and talk to DAQRI’s representatives to find what has Billingsley saying: “[the DAQRI helmet]has me more excited about augmented reality than I’ve been in years.” Click here for a video demonstration. 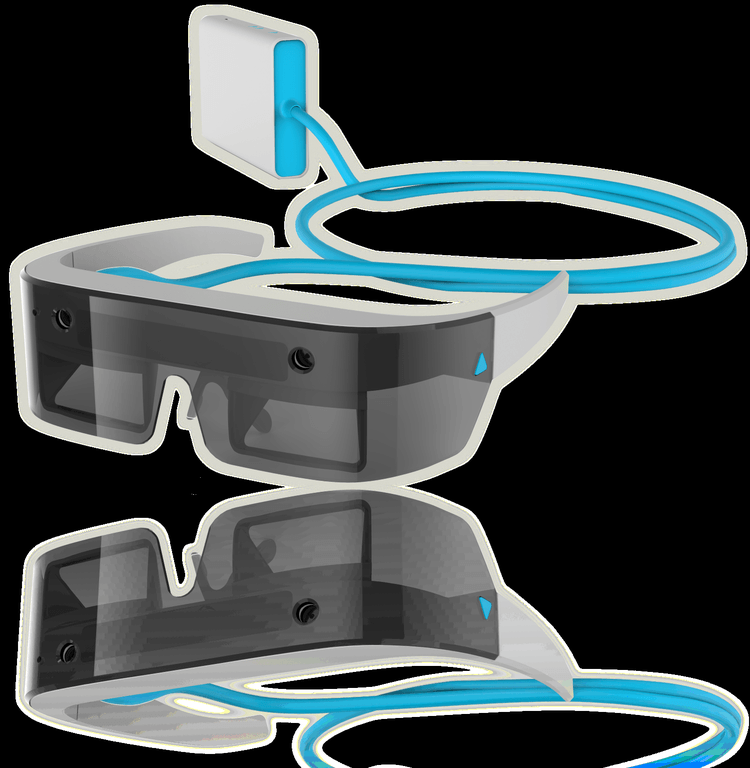 3 Atheer Smart Glasses
If that wasn’t enough, we have another AR solution for industrial facilities and oil & gas. Atheer Labs will be hand showing off their 3D Augmented Interactive Reality platform, which throws gesture-based interaction into the mix. As the company explains the tech, it will allow you to “interact with digital information without physically touching anything, keeping your hands free to complete the task at hand.”

They look pretty cool, too. Try them on and see how they can give you the right data at the right time, bringing all the most important 3D information into the field with you.

Here’s a video demonstration of what’s in store for you.

4 UAVs
They’ll be everywhere! Well, maybe not everywhere–but there will be a lot of companies on site demonstrating their UAV solutions. Heard a lot about UAVs and wondering how to fit them into your workflow? Talk to one of a dozen leading UAV suppliers and they’ll tell you how to do just that.