This post originally appeared on Geoff’s blog, Between the Poles.

As a follow-up to an exciting presentation at the SPAR3D / AEC NEXT 2018 event in Anaheim, I had the opportunity for a very enlightening conversation with Michael Twohig of DGT Associateswhich I would like to share.

Geoff Zeiss: In your talk in Anaheim, you and Brent Gelhar of Siteco Informatica described a successful proof of concept in which a towed rig with mobile laser scanners and ground penetrating radar (GPR) arrays collected data simultaneously above and below ground at roadway speeds of up to 80 kilometers per hour. Being able to collect data about underground infrastructure at roadway speeds is a major breakthrough in underground detection. It is much safer because it avoids boots on the pavement and it is more efficient compared to the typical GPR pushcart systems or handheld electromagnetic (EMI) pipe locator wands. Can you tell me about the rig used for data collection and the post-processing? How did you combine the above-surface lidar scans with the GPR scans ?

Michael Twohig: The traditional approach for utility detection with a GPR pushcart system of data acquisition requires a trained utility survey technician working on the pavement with an complimentary EMI wand. This traditional service of utility investigation is most often performed on foot and working in a line of grid pattern to trace and mark underground facilities. The utility locator performs an on-site interpretation in the field and the results are frequently painted on the road or street surface with little or no post processing. Recent advancements with cloud-based systems, such as Geolantis.360, have started to change the age-old work flow and with some GPR and EMI systems the meta-data from a hand-held device can be uploaded live to the office for QA/QC and documentation of work performed on-site. This work while very reliable is not only slow, but also very dangerous when working in, or close to, busy travel lanes. Paradoxically, the more functionality in handheld devices have added to this equipment being more dangerous as it becomes more complex, because it demands more attention from the operator who also has to lookout for traffic. In most case in the US a utility locator provides locate work in travel lanes and road shoulders without the benefit of police details, traffic flag persons of traffic control measures. 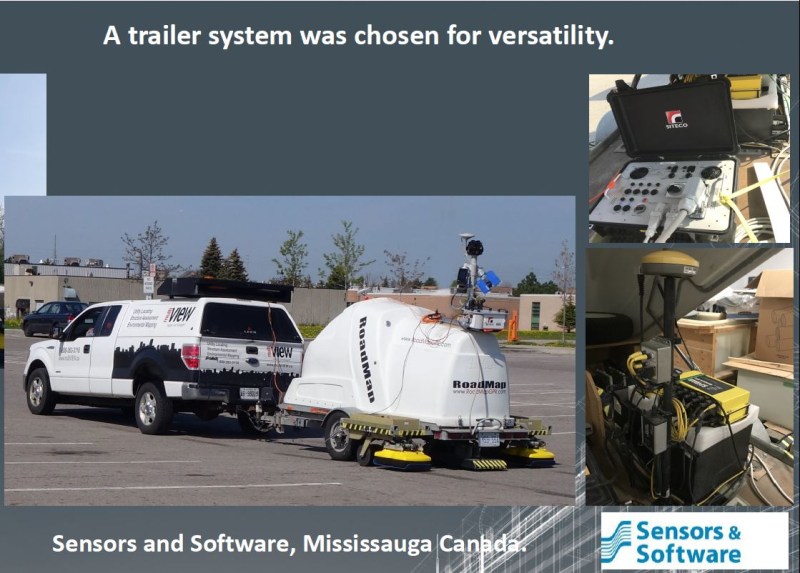 To make the data acquisition process more cost-efficient and safer, we partnered with Sensors and Software, who provided the GPR arrays and the trailer configuration, and Siteco who provided the FARO mobile lidar scanners. Siteco had developed software for their highway surveying business in northern Italy a decade earlier that allowed the data collected by a mobile laser scanner to be combined with the output from a pavement scanner. The combined data made it possible to identify drains, hydrants, and other street furniture and relate them to the pavement scans. In our proof of concept in Mississauga, we used a GPR arrays from Sensors and Software with two different radar frequencies, 1000 and 250 Mhz, to collect data down to about two meters. The Siteco software allowed us to combine this data with the above-ground lidar scans and digital as-builts to create 3D maps of underground utilities. The post processing of the above ground survey was done using Siteco’s software package and the surface investigation data is post processed using Sensors and Software Ekko_Project software program.

Is the post processing still pretty much a manual process?

Yes, it is, but being able to visualize the below grounds GPR scans side by side with the lidar imagery and any as-built information in the office really helps speed up the process. 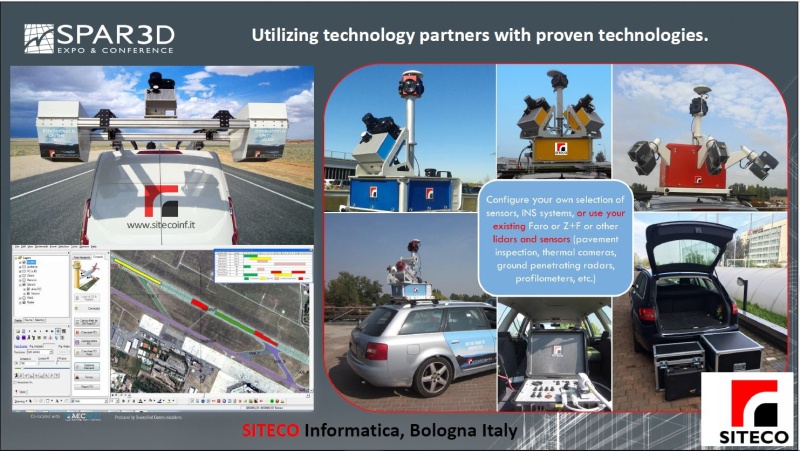 An advantage of our approach is that the data collection doesn’t require a specialist. Anybody can learn the data acquisition process and calibration with a little training. The post processing does require a specialist, and although a geophysical degree and a background is desirable, it is not mandatory. Interpreting GPR scans is as much an art as a science. At DGT all of our staff in the underground detection group are surveyors or engineers and have experience interpreting GPR scans.  If you are just starting out we recommend involving someone like Daniel Bigman to assist with training and developing the necessary geophysical skill sets.

Who do you see as the market for this technology?

Anyone who needs to do design, utility locating, GIS inventories of excavation, especially, street or highway excavation projects. If a scan using our equipment is done prior to highway design, it provides information about above and below ground infrastructure over long distances and a relatively short period of time. The benefit is that few to no surveys will be required to work in travel lanes. The designer can then do preliminary design and make informed decisions in the early design phase of a project. Combining accurate above ground topography with that of utilities, above and below ground, will enhance project success and safety by avoiding the risks of unnecessary utility relocations, having to engage with underground asset owners that may need long lead times for relocations and mitigating hitting unknown utilities during construction. Unknown or inaccurately located underground utilities are a major source of project delays, so this removes an important source of major project risk. A recent example of what can happen when unknown utilities are encountered during construction is the 405 Freeway widening project in Los Angeles where workers had to remove nine miles of unexpected utility lines which contributed to delaying the project a year behind schedule and resulted in a $400 million lawsuit. We are seeing a lot of interest from highway engineering firms and contractors in this technology. We also foresee that state Departments of Transportation (DoTs) and municipal roads departments, energy companies and light rail designers will become interested as well, because this data is extremely valuable for a number of applications. For example, comparing scans of the same stretch of highway or road at different times can be used to detect subsidence which may be evidence of a potential sink holes and cave-ins. 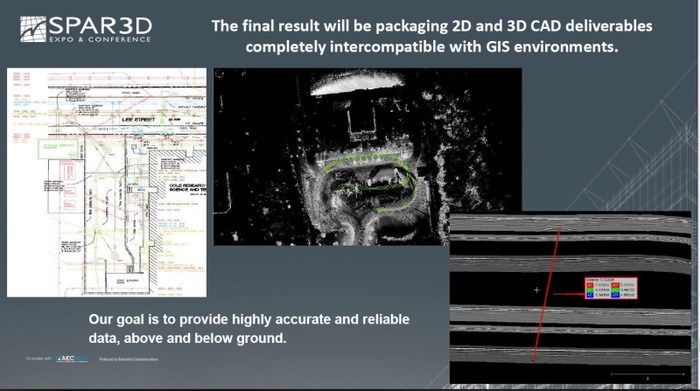 If someone wants to take advantage of this technology what options would they have?

One option is to buy or lease the system from Siteco and Sensors and Software. Brent Gelhar of Siteco would be able to design a system that best meets a customer needs. There will be some unique design elements required of a mobile mapping systems that would be based around the customers level of accuracy, level of detail and standard of care requirements. In this case a system can be designed and built to meet the customers needs and geographic requirements and the required training for staff would be tailored to the system. The primary software would be Siteco’s software and Sensors and Software’s Ekko_Project. GIS and CAD skills will also be required. Training is provided by Sensors and Software for the radar data and Siteco for the mobile lidar data and GIS and CAD exports. Alternatively, DGT can be contracted to do the work. DGT delivers 2D and 3D CAD files of the underground infrastructure.

How large is the underground utility detection business in the U.S.?

We estimate that it is about $10 billion a year. There are firms out there with annual revenues in excess of a billion dollars who have thousands of underground utility locators in the field every day.

Are you seeing more people eyeing investment in underground utility detection and mapping?

Yes, we are seeing investor interest increasing. At DGT we have frequently been contacted by potential investors, but in the last year this has increased by 200%.