It would seem from press releases over the past week that indoor mobile mapping is about to have its moment in the limelight.

While many of us have been mapping interior environments for years, we are all keenly aware that there is a lower accuracy/lower cost market that has not yet been realized by most lidar acquisition companies.

I’ve often found myself at meetings with architects, security personnel, or gaming companies thinking, “What these guys need is a go-kart and I sell Ferraris.” So, who is going to address this market, and who are the end users to be? 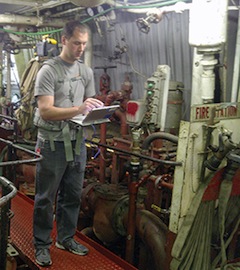 Google seems to think that the end user should be anyone that currently uses maps or navigation functions on a mobile phone or tablet. They have already started performing StreetView type surveys in malls and commercial structures. At last count they had over 10,000 structures in 13 countries.

Let’s not forget about Apple. Last week they announced the purchase of WiFiSLAM, a Silicon Valley startup that was focusing on using multiple WiFi signals as a sort of indoor GPS. The reported purchase price was $20 million. Lest the big two take over the In-Location Alliance was formed late last year by several companies including Samsung, Sony and Nokia. If all of these guys are planning indoor navigation services, one thing is for sure, they are going to need base maps.

I mentioned Viametris and their iMMS hardware last month. I’m working on a full review of the hardware and software, so I’ll save the details for a later post. Basically, this is one of a new breed of mapping systems whose origins are robotics as opposed to surveying.

I have requested more technical information from the university than initially provided and will give an update with any relevant information. However, from the images they supplied, it appears to be using two Hokuyo lidar sensors with an option of adding on multiple sensors for imaging, radiation detection, etc. They mention using GPS but describe using EMAPS without GPS. I am uncertain if it is using an IMU or SLAM processing of Hokuyo data. The best bit is that EMAPS is a backpack unit – a 6 in (15 cm) cube that weighs less than 4 lbs. (1.8 kg)!

I don’t doubt that we will see more indoor mapping solutions this year, and given the mass adoption of navigation tools on mobile platforms, it would seem that this market is ready to take off. I’m just not sure I’m ready to share the airport or mall concourses with a heard of people staring at their iPhone as the try to navigate to the nearest Cinnabon. 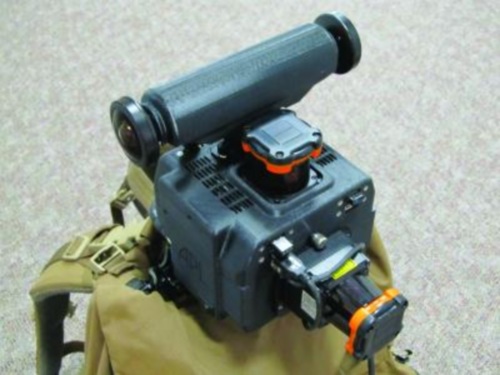 Blippar's AR tech does indoor navigation without SLAM or beacons

Blippar's AR tech does indoor navigation without SLAM or beacons