The Four Biggest Trends at ILMF 2016

Now that I’m back in the office after a very successful ILMF 2016, I’ve had a chance to sift through my notes and get a sense for what the big topics were–and some of them surprised me. Here are the important trends from the last week in Denver. 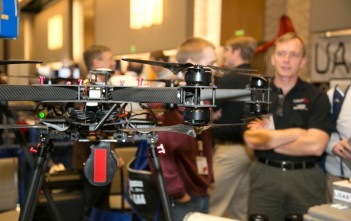 1. A Paradigm Shift is Underway

Geiger-mode and single-photon LiDAR were the talk of the conference, again. Though it turns out they’re better for some applications than others (just like every other technology) there is every chance you’ll see one of these technologies collecting scads and scads of data for a statewide mapping project sometime soon.

I also heard a lot of chatter about UAVs, flash LiDAR, and I attended at least two sessions where panelists discussed how cell-phone 3D scanning and satellite imagery are about to break through. As if that weren’t enough, our final wrap-up panelists suggested that someday soon, autonomous cars will constantly scan and rescan the built landscape with their integrated LiDAR sensors.

All signs indicate that we are on the verge of a big change in the ways we capture geospatial data. 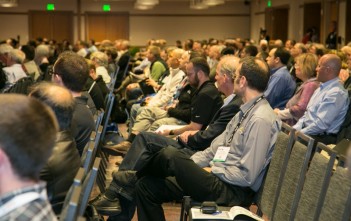 It’s great that geiger-mode and single-photon LiDAR can produce so much data so quickly, and that half the earth will be capturing 3D on their cell phones. But what do we do with that amount of data? We still don’t know where we’re going to store it, how we’ll integrate data from different sensors, or, most importantly, how we’re going to turn all this data into actionable information.

An attendee summed it up best with a question he asked the panel at the final session. He suggested that we are seeing a paradigm shift in the hardware world (just like everyone says) but we aren’t seeing a similar shift in our understanding of how to process what we capture. I’ll cosign that sentiment. 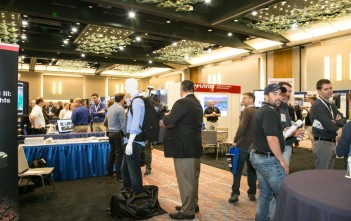 Leica’s Pegasus:Backpack on the Show Floor

3. The Next Software Needs

Having the data is only part of the equation if we can’t turn it into useful deliverables. This means that we have a very real need for software that can eat up raw data and automatically spit out the information we need.

It’s true that software generally lags behind hardware, because there’s no business case for designing software to process data no one can capture yet. But looking at all this data that’s going to be captured in the coming years, it looks like the software industry will have all the data (and all the pent-up demand) it needs to get things moving. The software revolution may not have started yet, but I think it will be a big focal point over the next few years. 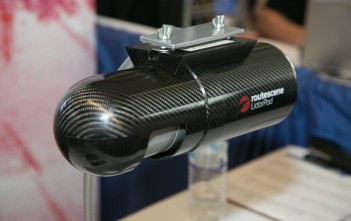 4. The Market for Integration is Growing

There are a fair number of affordable sensors coming on the market these days—but that doesn’t mean they’re a snap to integrate into a system.

Let’s say, for instance, that you’ve picked out a small LiDAR sensor to mount on a UAV, and you’ve chosen a sensor that is accurate enough for your application. Which GPS system are you going to use? How do you decide what IMU to buy? Are you going to include on-board processing? Are you going to mount a battery on there, too? What about a case? There’s a lot to think about.

Lucky for us, the market for integrated systems is starting to produce more than mobile mapping and aerial mapping rigs.

At ILMF, I saw a few different vendors that had built a full integrated system around a specific LiDAR sensor. Each one built the system—including an IMU, battery, case, and GPS as necessary—for a specific use, like handheld indoor mapping, UAV mapping, and so on. You could even say they “tuned” it for a particular customer. If you doubt the marketability of integrated systems, know this: I tried to interview these vendors on video, but I never seemed to catch them at a time when there weren’t already customers in the booth.

The State of Tech for Survey and Mapping "on the Move"

What's New with 3D Tech in the Geospatial Industry