Full disclosure: SKUR has paid for editorial consideration, but SPAR 3D has retained final discretion over the final content of this article.

You use it by plugging in two data files, for instance a design model for a large-scale environment and a 3D scan of that same environment as it was actually built. The software processes those data sets using proprietary algorithms and reports on any differences it finds.

But seeing the differences is just the start.

Actionable Information for Everyone

As SKUR’s VP of product development Nic Arnold said, “I see the variances as a seed—a central point from which you can derive many other insights.”

For example, changes detected during the construction process can be used to perform quality control. Did a worker put that beam in the wrong place? By comparing the as-built to the design model, SKUR can provide that insight. It enables you to catch the problem before building continues, saving you costly rework in the process.

“When you identify these variances, what you can do is almost endless,” Arnold says. “You can use it for risk mitigation, for detecting challenges, for detecting progress, because it’s all about finding out the difference.”

And SKUR understands that those insights may look different for each project stakeholder. SKUR founder and CEO Adam Cohen explained that SKUR’s core engine is designed to feed a number of different reporting mechanisms that can be tailored for individual project roles. “There may be types of reporting mechanisms or translations of visual information into reports that are consumed by different people through the ecosystem. A project engineer may want to see the same information as the CTO, or a C-level executive wants to see, but they want it presented differently.”

SKUR shows where scannedpillars differ from the design model.

SKUR’s core functionality is simple, but that’s what gives it flexibility to present each stakeholder with the information they need.

SKUR has gone to great lengths to make the process of turning your large data sets into actionable information as easy as possible. “What we’re really about,” Cohen said, “is trying to reduce the complexity of getting to the information that our customers consume. We want to make access to that information simple.”

One way SKUR makes access simple is by exploiting a cloud-computing framework. Instead of using your own computing hardware to crunch large data sets, SKUR uses a network of off-site servers. This saves you the trouble of spending resources to set up a complex IT system. 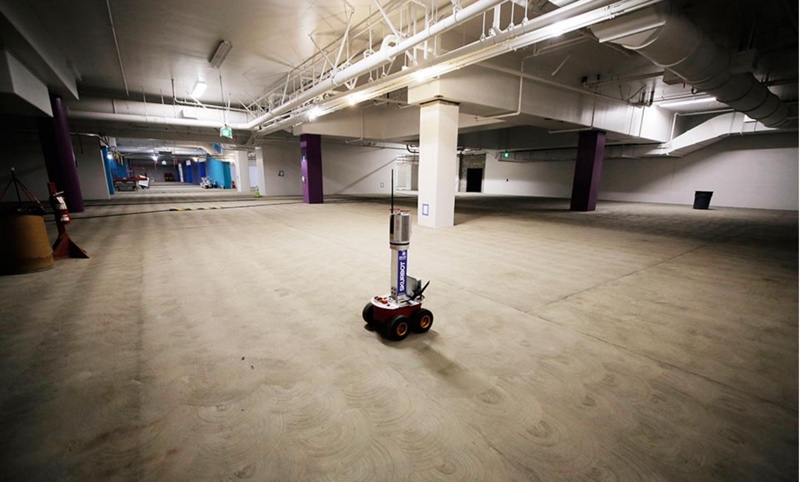 SKUR also saves you the complication of assigning a person to spend valuable time doing the actual processing work. As Cohen said, “We’re working on a project right now where they’re spending hundreds of man hours collecting data, processing data, evaluating that data for something that takes us a fraction of that time.“

The result of using SKUR is, as Cohen explains, a faster route to ROI. “The earlier we’re identifying problems, the better the return you’re going to be getting on the investment of the data acquisition and the processing of that data.”

Cloud solutions like SKUR are well positioned to bring about a paradigm shift in 3D processing software—one that matches the recent explosive growth of 3D capture hardware.“We’re just at the beginning of being to analyze that data to give it meaning for specific industries, or subject experts within an industry,” says Cohen. “I think that’s the new age. We’re moving from big data to what we call big analytics. You’re giving value to the data that’s created.”

“There are amazing technologies that are out there for LiDAR,” Cohen told me. “But to really leverage the value of that data that’s created requires software companies like SKUR.”

How will digital twins be utilized across the enterprise in 2020 and beyond?

How will digital twins be utilized across the enterprise in 2020 and beyond?

Using VR and AR to Blur the Lines Between A, E, C and O