At the 2016 International LiDAR Mapping Forum in Denver, RIEGL announced two new mobile mapping products: the dual-sensor VMX-1HA and the single-sensor VMQ-1HA. The systems are evolutions of existing products in RIEGL’s catalogue, replacing the VMX-450 and the VMQ-450, respectively.

These new systems offer improved accuracy of 3mm. They also include upgraded photogrammetry capabilities, each one accommodating up to six cameras with 36 megapixel resolution. Additionally, RIEGL has improved the integrated IMUs, this time using high-end Applanix units for improvements to precision and overall performance.

The real news behind these new mobile mapping products, though, isn’t immediately obvious from the spec sheets. 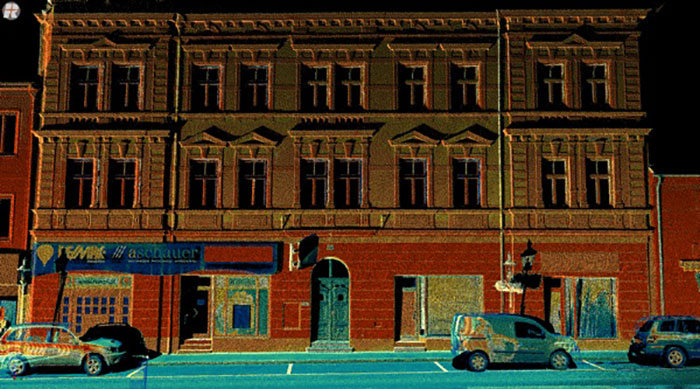 Systems for civil infrastructure’s next step

As president of RIEGL USA Jim Van Rens explained to SPAR, the big story is a notable jump in point density.

Each of the sensors on these new systems takes a million measurements per second. (This makes the dual-head VMX-1HA a two-million-measurements-per-second-second system.) On top of that, the sensors now capture 500 scan lines per second. Coupled together, these specs mean that these systems produce data with significantly higher point density than their predecessors did.

This improvement is meant to prepare mobile mapping for the future needs of civil infrastructure, said Van Rens. Foremost among these needs is automated feature extraction.

“That’s the real key here. It’s more of an issue with regards to where the industry is going, what the industry requirements are and from my perspective, strategically we have to meet the requirements of mobile mapping with LiDAR. Those requirements have much to do with the amount of information that’s available.”

Simply put, automated feature extraction algorithms operate better when they have more more complete information to work with. RIEGL designed these new systems to gather LiDAR and photogrammetry data dense enough for these algorithms to do their jobs properly.

The old systems and methods used for mapping infrastructure projects aren’t up to the challenge, Van Rens said. This is evidenced by an ever-growing backlog of infrastructure projects in the US and North America. To solve this problem, the mapping work needs to be completed much faster—and this requires significant automation of processes. 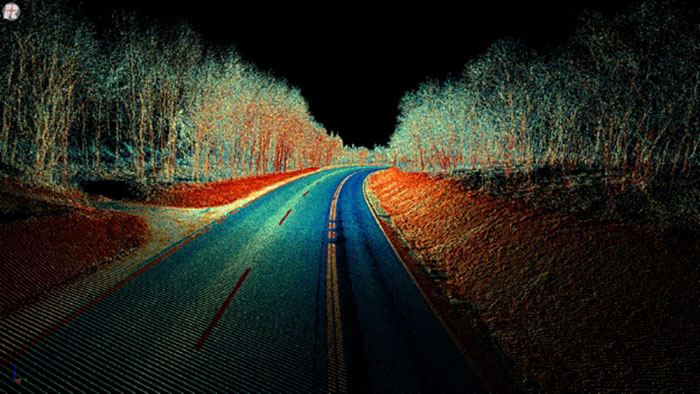 What the new systems can do

According to Van Rens, the new systems will enable DOTs and other civil engineering customers to perform a number of workflows that rely on automated feature extraction.

The more affordable single-head VMQ-1HA can produce data that meets the continuing demand for general asset inventory surveys. It can be used to collect data on highway assets like signage, including information about their positioning relative to the highway. It can also be used to collect information on power poles—where they are and what kind of condition they’re in. With the density of points the system offers, users can even use it to collect data on the 5mm lines strung between the poles.

The dual-head VMX-1HA can handle all of those projects, but also exacting work like design engineering of corridors for study and planning purposes. Its data is dense and precise enough to be used for gathering and extracting as-built information, bridge clearances, and even deformation surveys. 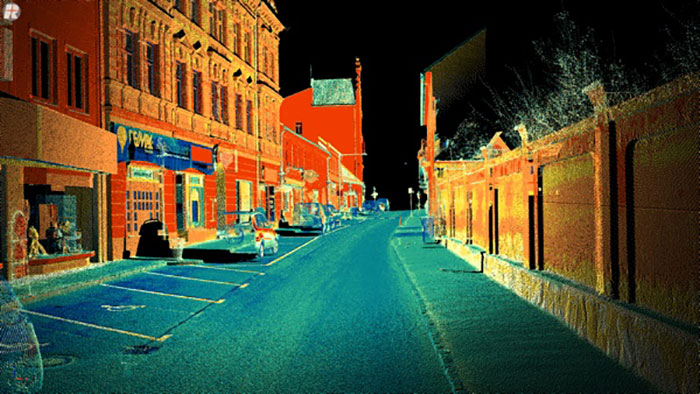 It may seem like RIEGL focused all their efforts on improving the acquisition capabilities of their mobile mapping systems, but they have worked to improve steps further down the workflow as well. For instance, they’ve included at least one significant update to the way their mobile systems process and produce point clouds.

“We have automated processing of the drive, if you will, the number of passes you take of the strip” Van Rens said. “As we accomplish one strip and we hit the button on the acquisition software to stop the data acquisition, automatically a LAS file is created and sent out. Right now, it’s a preliminary LAS file, but it’s completely georeferenced.”

This file offers a first step toward performing a complete assessment of coverage, even while you’re still out in the field performing a scan.