Learn about some of the newest and most exciting tools being offered in 3Dsurvey's software solution.

This article is sponsored by 3Dsurvey.

Recent advancements and innovations have ensured that all photogrammetry methods are more accessible than ever before. However, capturing that data is only half the battle, and still many of the software available to process the data and turn it into usable insights can be difficult for users to navigate. Few options provide end-to-end support, contributing to a siloed ecosystem that too often requires users to import and export files between different platforms to end up with the final deliverables they require. This creates a needlessly complex process that can be exacerbated by developers lacking a clear idea of what the needs of surveyors and other professionals really are.

These are all issues that are addressed by 3Dsurvey’s platform, which provides an end-to-end solution for processing survey data – be it from photos, lidar, sonar, or even videos – and it was created by a team of surveyors who have experience in the field and know what professionals are looking for out of their data. Still today, more than half of their development team are surveyors by trade, a fact reflected in their consistent updates that enhance the product and provide more solutions based on feedback and known problems from that prior experience. While not a simple tool in terms of its abilities, it’s an intuitive platform with practical controls that completes every piece of the data processing and modeling workflow within a singular piece of software.

The process for getting started in the platform is simple, with three quick steps to create a model. Importantly, the software is hardware-agnostic, taking in data from all different data sources and not requiring specific lidar sensors, cameras, or drones, while also supporting a wide variety of ground control point types. After the models are created, users can seamlessly shift back and forth between different data types, i.e. the orthophoto, point cloud, and textured mesh, all within the platform - without having to export the files.

The 3Dsurvey platform offers a wide variety of features and tools, but the three below are some of the most exciting, relatively new additions.

One of the main issues that can arise from putting together a model from photogrammetry data, particularly working with things like buildings and roads, is getting accurate CAD models for the entire space. Things like building corners, roof edges, and roadside curbs can be difficult to extract very specific data from in some cases, working with point clouds or meshes. Oftentimes, surveyors will have to turn to powerful terrestrial laser scanners or other methods to capture those areas, just adding more steps to the data collection workflow.

In one of their most recent updates to their platform, 3Dsurvey addressed this issue, enabling users to create CAD lines using the most high-resolution photos of a specific area, triangulating its most accurate position. The process is straightforward. When a user enters the CAD tab of the software, they have the ability to choose the line tool and start by choosing a point in the model. On the side of the screen, there is a view showing individual photos of that area with the selected point automatically added to those photos, giving a hyper-accurate view of the area of interest. These images can be zoomed in and out, and adjust when points of view are changed within the main model view. Users can select points throughout the area they are looking to more accurately map, like a roof edge, within the CAD model, and then adjust those points within the individual images to ensure maximum accuracy.

This is a tool that promises to simplify this data processing, and collection, workflow to a significant degree. With the ability to zoom in on particular photos to reflect accurately reflect an area, as large as a roadside curb and as small as an individual window on a building, all with just a few mouse clicks, surveyors no longer have to worry about deciding between less accuracy or more complex data collection processes.

In one of the more recent updates, 3Dsurvey added videogrammetry, which proves to be one of their more unique tools. At its most basic level, their videogrammetry workflow allows users to create a 3D model from videos, which can be taken from the phones most people are already carrying around in their pockets, and the processing does not require video expertise. Instead, the software takes the individual frames from the video to create a model in the same way it would with a series of photographs, with the user having the ability to customize how many frames are used. In most cases, though, the automatic frame detection feature works just fine, collecting frames from when the camera moves more than 20 percent. Recently, 3Dsurvey also announced they have added handheld RTK GPS abilities for this feature to simplify orientation processes as well.

This capability will be particularly useful for hard-to-reach areas that are not easily captured, and smaller areas like holes. While plenty of industries can make use of these tools, it’s particularly useful for industries like telecommunications and construction where constant digging is taking place, often with poor record keeping. That poor record keeping can lead to dangerous and costly strikes when digging in that area again, but the videogrammetry tool allows for a quick video, say 90 seconds, of a hole to lead to an accurate 3D model of exactly what was done below the surface, and without the worry of capturing every angle with a photograph, often needing to take 500-plus photos to maximize the value of the data.

3Dsurvey also includes an “X-Ray” feature which helps users accurately measure building corners in a surveying project much more quickly than traditional methods. Typically, to get these accurate measurements in the field after doing an aerial survey, a team member will have to then use a total station to capture each building corner, a process that produces accurate results but requires a lot of extra time. For a quicker process, surveyors can also try to manually define corners within a model, but traditionally that has led to less accurate results. With the X-Ray tool in this software, those same accurate results from the total station, but with a significantly less arduous workflow.

When trying to manually add points to define a building’s wall in a typical 3D model, it can be difficult to exactly define certain corners, but the X-Ray function here solves that. When in this mode within 3Dsurvey, the walls become much more clearly defined as the model only shows points from vertical planes, showing those points in white against a dark view of everything else in the model. The more vertical points, the whiter that portion of the image will be, with the key being that within the point cloud the walls are well-defined. After creating the X-Ray image, users have three options in which they can view their image – X-Ray with a black background, X-Ray with a transparent background, and X-Ray over an orthophoto – with the option to utilize whichever makes the most sense for their use case. 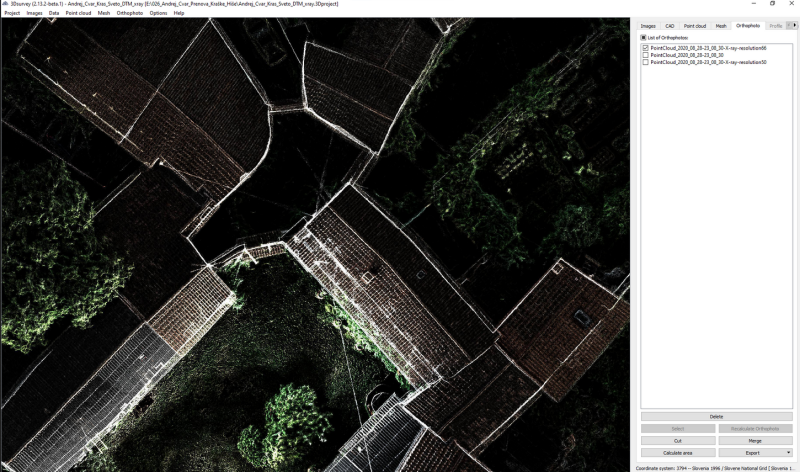 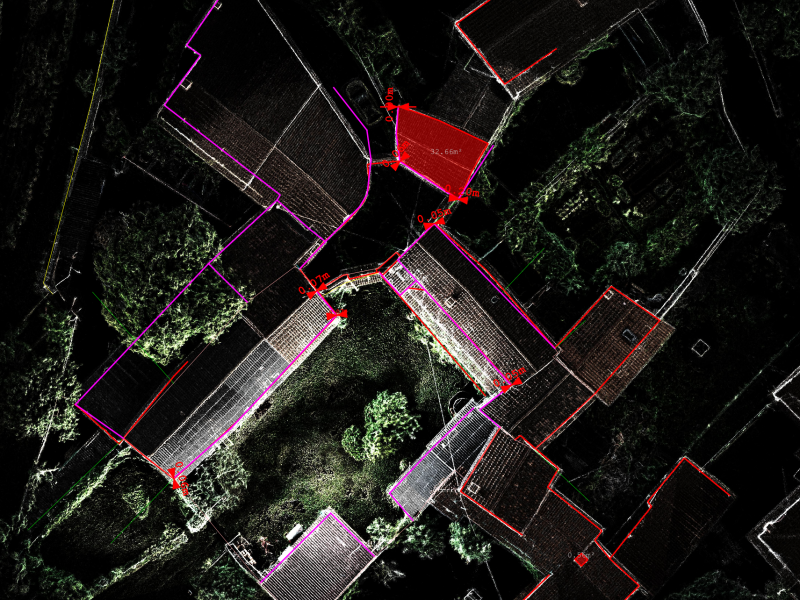 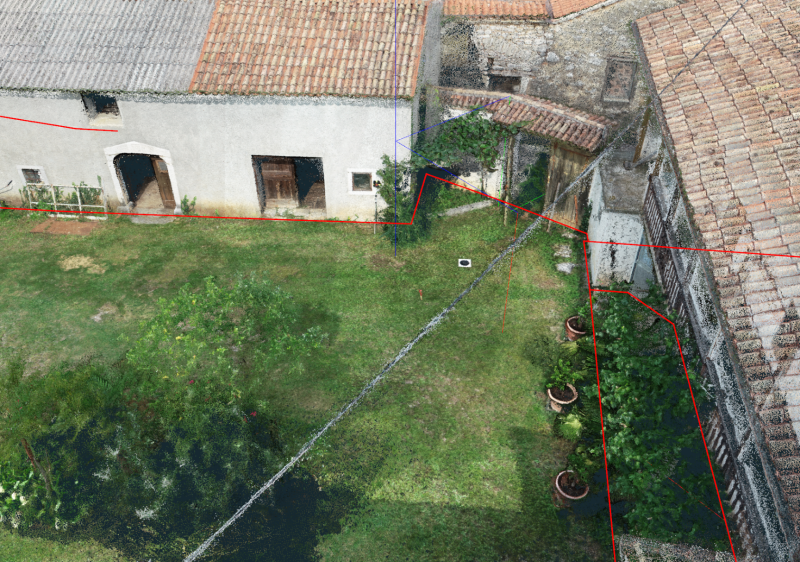 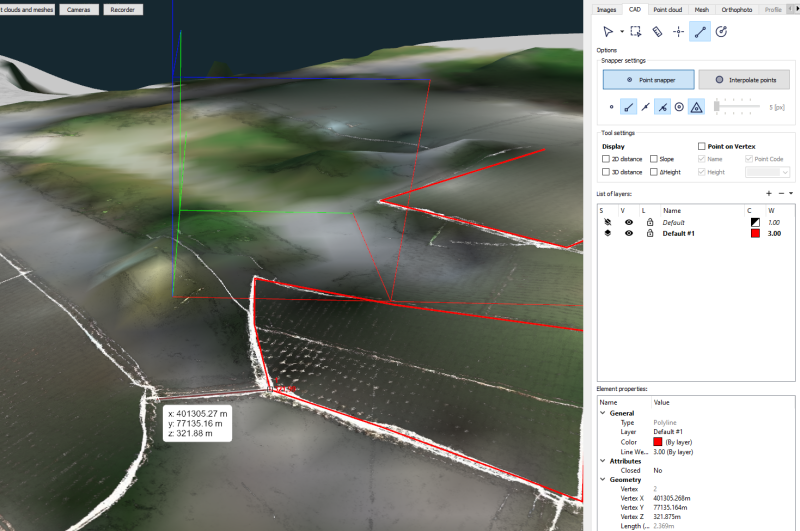 Ultimately, users have an easy way to accurately calculate wall measurements within a model, without having to turn to a total station to finish a project, and like with everything else we’ve discussed, every customization can be done within the single software solution with the ability to seamlessly switch between views to determine what makes the most sense for any given project.

Through January 24, 3DSurvey is offering an extended 30-day trial as opposed to the normal 14-day trial.

Additionaly, throughout this same limited time, all users can access a 30-minute one-on-one discussion with a 3Dsurvey expert, who can answer technical questions and assist with integrating the software into existing workflows.