The new RiALITY app features true-color point clouds and 3D navigation with an AR mode that virtually projects lidar point cloud data into the real world. RIEGL’s RiALITY App enables users to visualize and navigate through point clouds acquired with RIEGL laser scanners such as the accompanying dataset of the Rosenburg Castle in Austria.

RIEGL said the new app also allows easier lidar data demonstrations through the use of a third-generation iPad or newer. RIEGL scan files (.rqx) can also be imported from a licensed version of RIEGL’s RiSCAN Pro software (v1.8.0 and later).

“Now you can easily send your client a 3D point cloud that they can visualize on their iPad, for free,” said Ananda Fowler, RIEGL’s manager of terrestrial laser scanning software.

RiALITY: Each point of the clouds can be visualized in true color or single color mode 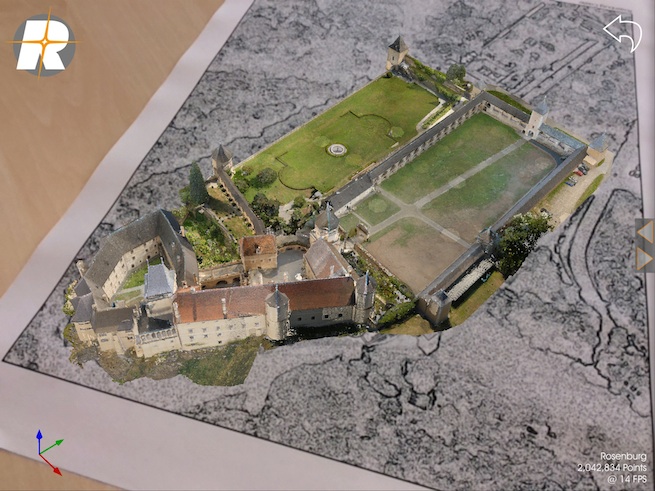