Why BIM in engineering matters: 10 minutes with Erleen Hatfield

This post is part of Demystifying AEC Tech: A Series Profiling AEC Next Expo Presenters. For more on the cutting edge of AEC tech, see the other parts here.

For some companies in architecture engineering and construction, adopting Building Information Modeling into their workflows can seem like a big job that they’d rather avoid.

Many don’t want to spend more money on training employees in BIM. Some think it is cheaper not to bring BIM in house, disbelieving assurances of others who say the return on investment in BIM is fast and substantial. Such companies are missing out on opportunities to save on BIM by doing it cheaper, to take advantage of the agility and power of BIM, and more. 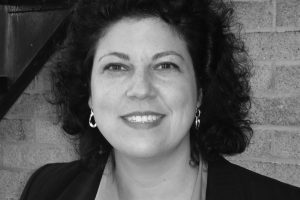 AEC Next Expo and Conference speaker Erleen Hatfield, PE, AIA, LEED AP is a Partner of Burro Happold, a global multi-disciplinary engineering consulting firm. She is also an advocate of BIM use—she believes in the technology. Her experiences using BIM have informed her belief. She knows what BIM can do.

With more than 25 years of experience in the design of projects including sports facilities, high-rises, and residential and academic buildings. She is a licensed structural engineer and architect who often lectures on technology and innovation in construction. She was the Principal in Charge of the Mercedes Benz Stadium, home of the Atlanta Falcons football team.

She enjoys telling other AEC professionals why BIM is essential to working in construction. As she talks about BIM tech and AEC in general, her excitement is obvious; you hear it in her voice, which is joyful, and her thoughts, which are more insightful as she talks.

“BIM matters more and more in engineering because we do all of our work in BIM. And as architecture becomes more heroic, it becomes more powerful,” Hatfield said.

“Any company can take advantage of BIM, because it automates so many tasks. Once you get up to speed with it, it’s much better with the design process, making it smarter, too,” Hatfield said. “BIM is integrated into everything we do… We can now do things in 3D faster than we could in 2D—structures that are far more complex than 20 years ago.”

By Atlanta Falcons (https://www.youtube.com/watch?v=KpTtn_tniMA) [CC BY 3.0], via Wikimedia Commons

Her firm’s work on the Mercedes Benz Stadium in Atlanta, home of the Atlanta Falcons, illustrates the point. It is a unique structure, with a roof that opens like a camera aperture—but in eight sections or “petals”—unlike any other.

The stadium also is certified Leadership in Energy Efficient Design (LEED) Platinum. The stadium’s façade, made of EFTE Film material, a thin fabric, also is a first-time use for this material in the United States.

“It’s a fabric that’s millimeters thick and transparent. It’s very lightweight, with the clarity of glass (while being 1/100th the weight of glass) and is cheaper than glass,” Hatfield said. “The value also is you can see Downtown Atlanta; it’s an amazing material.”

Naturally, BIM was used in the design of the Mercedes Benz Stadium.

“One real advantage to using BIM is to be able to form these creative synergies with architects” in the design process, Hatfield said. That’s part of what she will be speaking about at AEC Next Conference and Expo.

“I’m planning to speak about innovation—how engineers and architects collaborate with BIM to do things that have not been done before… Pioneering engineering and trying to do different and new things,” Hatfield said.

“Mandating BIM doesn’t make any sense because we’re much farther ahead in the US in terms of BIM adoption. We don’t need a government intervention,” Hatfield said. “We were doing Revit years before the UK was… In the UK, we adopted BIM quickly.” 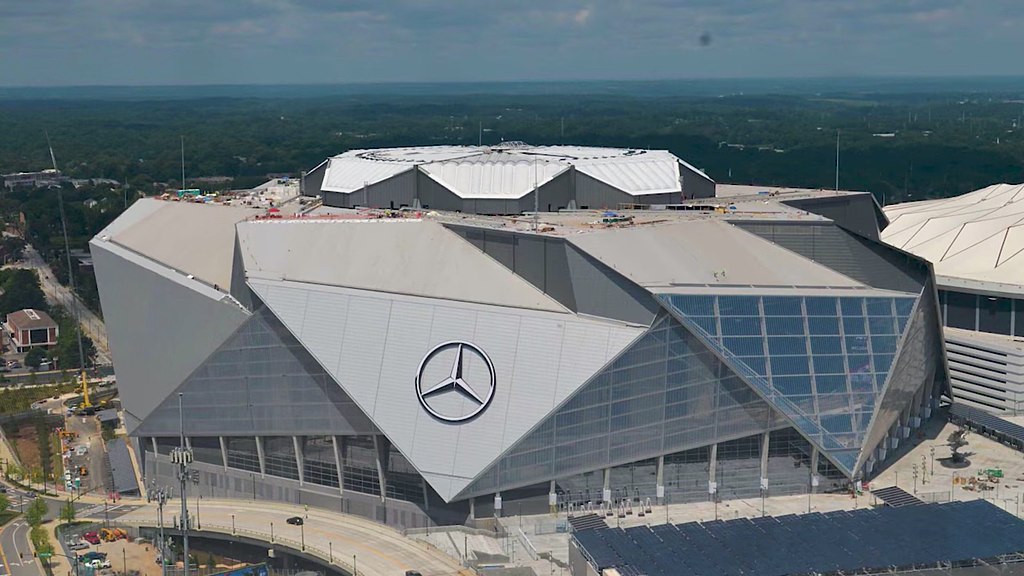 By Atlanta Falcons [CC BY 3.0], via Wikimedia Commons

In talking about her field, Hatfield often stresses the importance of collaboration between professionals on a project. Ideally, an atmosphere or trust should prevail.

“I strongly support the idea that you can give BIM models to contractors and by doing so, we benefit everyone involved,” she said. “It’s a huge value to everyone involved. The idea of creating the model for the project, and not letting the contractor use it, doesn’t help… But when you give the BIM model to the contractor, you have to make sure there is fidelity to that model.”

Hatfield agrees with greater transparency in terms of code—or rather, an open source approach, when appropriate. But such an approach can be a double-edged sword; sometimes the ability to insert code can make a design more powerful than the user’s skill level and thus, occasionally do more than it should.

“We see architects and designers using modeling to create structures that are so challenging—being able to code things, you can come up with anything you want. Sometimes those designs make sense, sometimes they don’t,” Hatfield said

Pretty, innovative buildings, one-of-a-kind structures, LEED design and more. It all sounds wonky in a way that would appeal to architects and engineers, but why does it matter to the average user of such buildings?

It matters because it all affects how we live, which is partly why Hatfield finds the industry challenging and interesting.

“I find engineering and architecture exciting because it’s an opportunity to change how people interact with their world, with their space… I like working with creative people. I really love what I do,” she said.

Come to AEC Next on June 5-7 in Anaheim to see Hatfield present, and while you’re there you can catch a wide range of presentations and vendors of the latest AEC technologies. Register now.

A Best Source of Truth: Talking with engineer Mike Boyle