Making VR and AR More than Buzzwords in Construction

We’ve heard for a long time now about how virtual reality (VR) and augmented reality (AR) will fundamentally change everything about the construction industry as a whole. Whether it’s VR environments that will help sell clients a project or AR workflows that will enable better collaboration, there’s plenty of talk about all of the opportunities that this technology is about to open up across the space. At Digital Construction Week 2019, Jonathan Hooper from Laing O’Rourke talked about what’s stopped many companies from realizing this potential and helped illustrate what it will mean for those same companies to move past such challenges.

How can we make VR and AR more than buzzwords in the construction industry? Answers at @DigiConWeek pic.twitter.com/W5SDuQdCmL

There’s no denying that the technology is getting better and cheaper. Some companies are introducing standalone VR solutions for AEC professionals while others are bringing point clouds to AR/VR devices. Cheaper and more powerful headsets have also helped to remove traditional barriers around adoption, but those barriers are about more than logistics and costs. For many potential users, the challenges around adoption are more about the applications of VR/AR technology. Or rather, the applications of this technology that could be happening, but aren’t.

Potential users need to know more because understanding the software isn’t enough. They need to know how to drive it and deploy it. If they don’t, then these technologies end up being outsourced, if used at all. When that happens, VR/AR solutions are just a small piece of a project, rather than a holistic solution that can tie everything together.

While he’s seen many companies utilize VR and AR solutions at the start of a project to help sell a client into a project, that’s the same point when many stop using it. Sometimes it’s wholly discarded, which is as much of a shame as it is a waste. Once the baseline of a project has been built in these environments, that same asset can be used elsewhere instead of being reinvented or replaced. The potential to bring the technology into construction workflows is right there, but many don’t realize it. 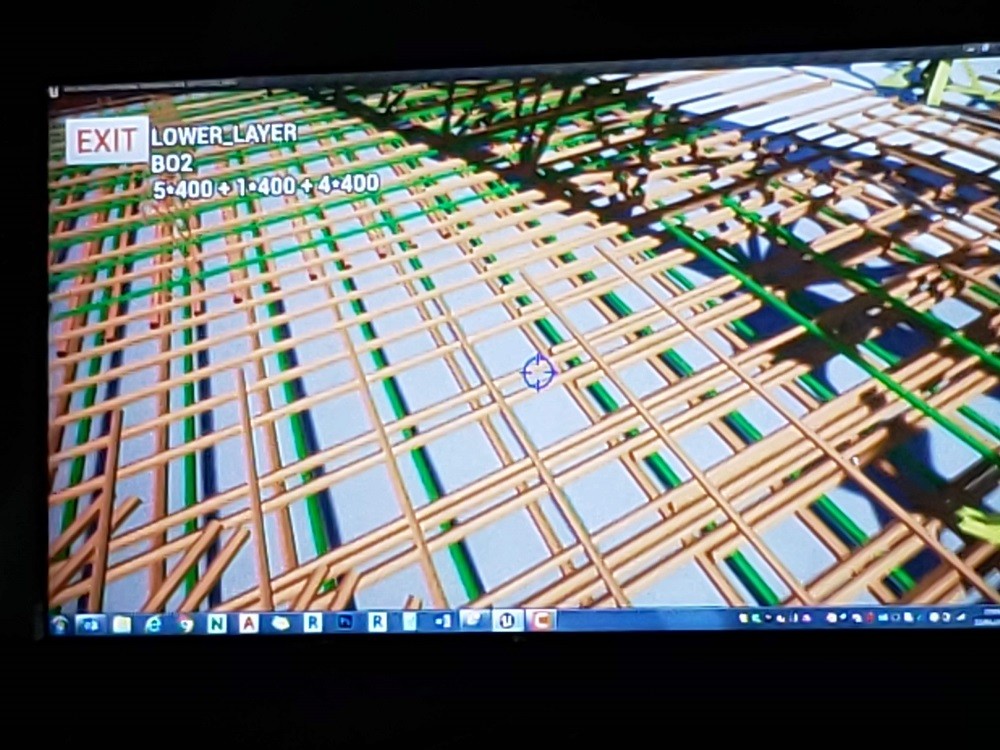 So how do we make these VR and AR applications do more in these construction environments?  Ultimately, all of the applicable content and information needs to be driven through to the end. The same people who are working on the project need to also drive the development of the app. Content and embedded info need to be created and available as 3D model metadata via interactive APIs so that everyone can access everything in the app.

Measuring the productivity of this kind of endeavor is key though. Thankfully, there are plenty of ways to do it and Hooper talked through what it has meant to measure the value of VR/AR solutions. He showcased a health and safety walkthrough in a VR environment which highlighted where issues can be documented for specific health and safety issues. The models he was using had been created to pitch the product and these same assets were then being leveraged in multiple ways and phases, positively impacting the costs for the client.

Quality training presents another critical use case for a mixed reality headset. Hooper mentioned that in the use case he was talking through, the stakeholders wanted their workforce to be able to understand if there are any areas of concern with an asset. By constructing a virtual environment, they could pull out those assets to visually look at and inspect them. In this way, the workforce can be educated to know what to look out for and document that information as desired, all of which can then be extracted into documents like Excel as needed. 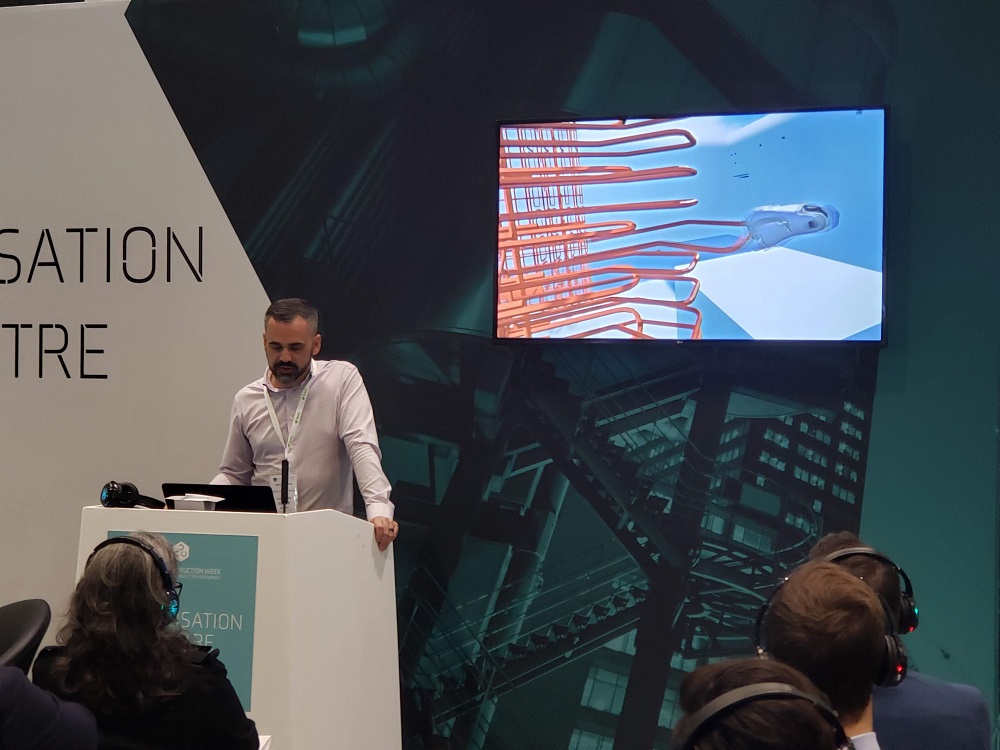 That ability to export specific data into other formats and programs is essential, as VR and AR technology is really about creating apps, systems and programs that everyone can access. By getting all of this data into one application, users can collaborate more effectively and then take that data elsewhere.

That concept tied into another use case Hooper showed which was one focused on AR that used QR codes. The idea in using these codes was to reuse assets that already existed and easily drop them into 2D documentation to open them up to everyone. Paper with the QR code can be printed, and then people can easily create and see that asset. These solutions are critical for potential users to understand, because they can be deployed with next to no IT skills or software licenses. Bigger workforces can utilize them with little issue with the right support. 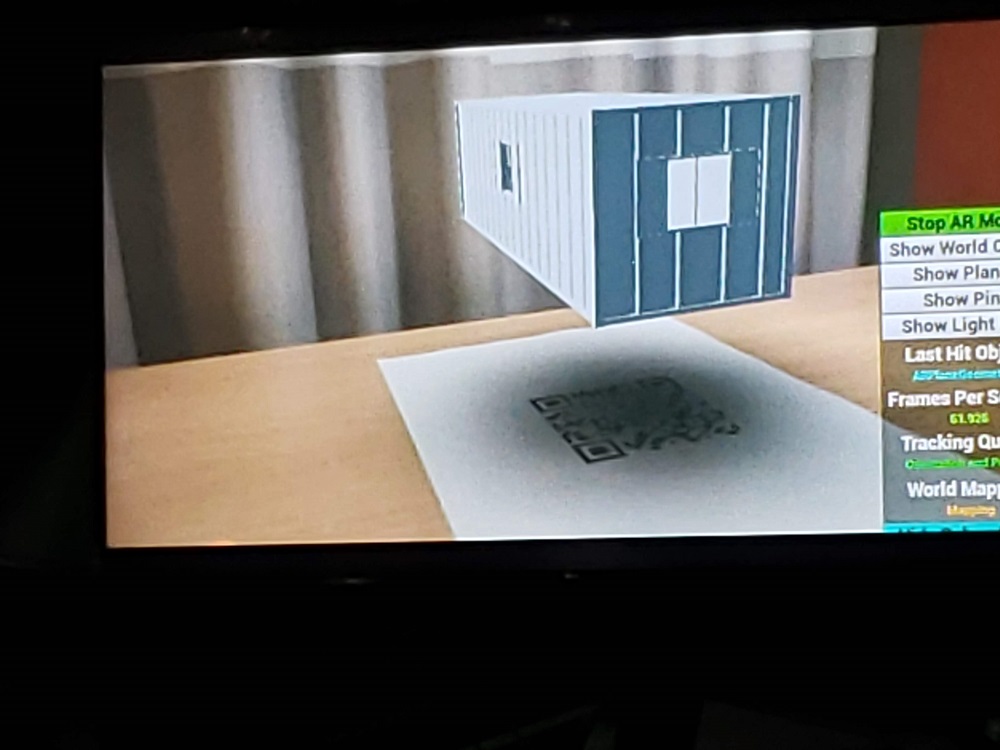 What’s the future for VR and AR technologies in construction? In the short term, we’ll see them used to train existing staff and help diversify an existing workforce so that companies can go beyond AEC when they look to make new hires. The people who help adopt this technology don’t need to have that background to develop these apps, and they’re ones that will prove to be essential in solving the construction productivity imperative. However, these applications are just the beginning, as we’re only scratching the surface of what will eventually be possible.

Using VR/AR in training: How enterprise is changing