The project of modeling the Great Wall of China in 3D was officially launched last September 16, 2014. It will be supervised by China’s Ministry of Culture and State Administration of Cultural Heritage and funded by China Great Wall Society and UNESCO.

Thanks to its Chinese reseller IFA Tech, Acute3D’s Smart3DCapture solution has been chosen for the 3D automatic reconstruction part, which will be combined with ground imagery and laser scanning. Using Smart3DCapture, Redbird Helicopter Surveying Technology has already produced a part of the Great Wall of China in 3D from images taken by helicopter.

Renaud Keriven, President & CTO of Acute3D is very enthusiastic about this project: “Mapping such an incredible man-built structure, long enough to be visible from space, dating back so many centuries, is a project which embodies the ability of the human beings to use progress to better understand their History and preserve its heritage. At Acute3D, we are working very hard to deliver best-in-class solutions which support this amazing enterprise and more generally the reconstruction of many cultural heritage objects and masterpieces around the World.” 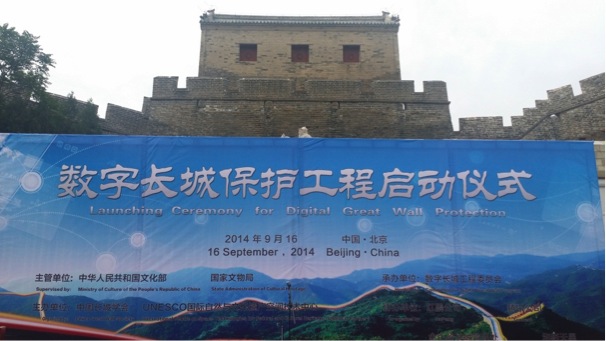