Earlier this month, French scanning vendor Viametris announced the release of a new laser scanner, the bMS3D-360 backpack. The system is designed to capture indoors, as well as the areas that outdoor mobile scanners can’t reach, such as narrow streets and pedestrian zones.

The system, which appears to include two Velodyne lidars, promises absolute accuracy of less than 5 cm under “appropriate satellite conditions.” It is also notable for its inclusion of a panoramic camera. According to Viametris, the panoramic images captured make it simpler for teams to ensure continuity between the backpack sensor and vehicle-based mapping systems. Furthermore, for customers accustomed to using panoramic imagery in interfaces like Google’s street views, this data is more intuitive to navigate than point clouds. Panoramic images can also be used to colorize the point cloud.

The bMS3D-360 offers SLAM for GNSS-free scanning indoors, or in other satellite denied locations, with the option for users to add ground control points. The PPiMMS post processing software manages the data from the system, and promises to “calculate, control and improve the trajectories by calling lidar-SLAM functions, and reducing drifts thanks to Loop Closure Algorithms.” 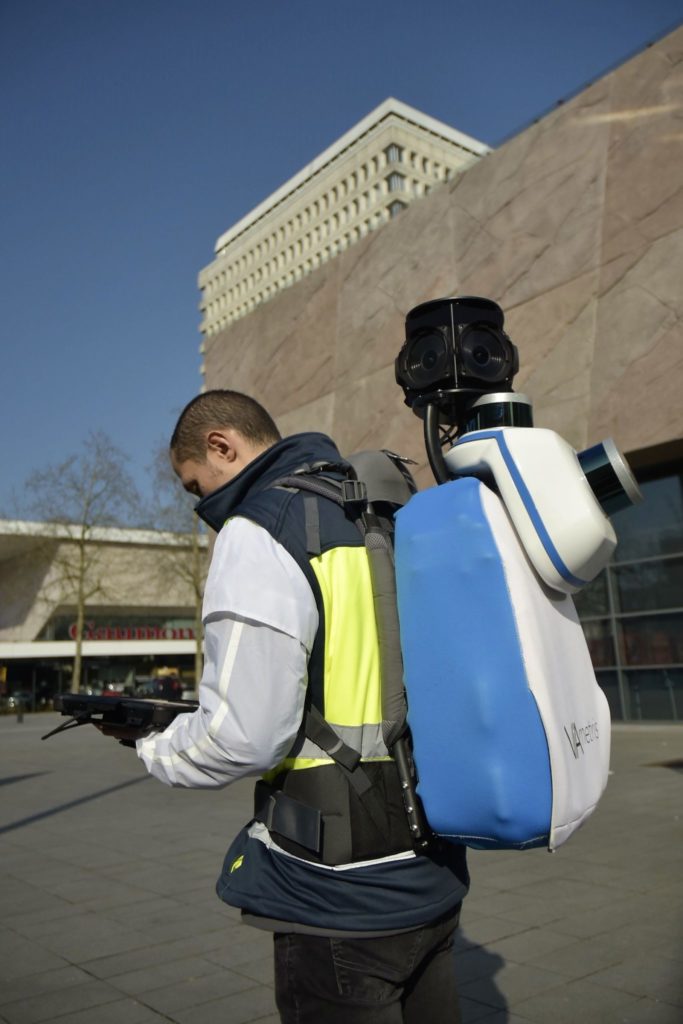