Through the last decade, the AEC industry has taken on the challenge of digitizing their processes – moving from blueprints to 3D CAD to BIM and even further to ever-updating digital twins. This progression included efforts to create new tools for visualizing BIM so that everyone from general contractors to stakeholders can get on the same page about designs in process. As the technology has progressed (and as cloud processing has become easier to access), there’s been a push for augmented or virtual reality (AR/VR) to be incorporated into these same workflows for visualization. By building out its BIM tools and catering to AEC users, The Wild offers a unique take on how VR and AR can be used to further improve those workflows via real-time immersive collaboration.

Using AR and VR to go beyond visualization

While there are more than a few companies utilizing virtual and augmented reality for model visualization or building simulation, Gabriel Paez, CEO and Founder of The Wild, thinks that VR and AR could be doing so much more in the AEC space. Paez and his company have developed The Wild to grow beyond visualization to an immersive collaboration platform that allows teams to work together in augmented or virtual reality, across a variety of devices.

[gdlr_quote align=”right” ]“We feel like the great revolution of this technology is that it goes well beyond visualization and simulation. It’s also about transportation – the ability to take anyone, from any place, with any idea in to a shared space, instantly.” [/gdlr_quote]

To Paez, The Wild’s value isn’t just in using AR or VR to visualize a model, but using the visualization as the means for the models to be created, evaluated, edited and previewed collaboratively.

“We feel like the great revolution of this technology is that it goes well beyond visualization and simulation. It’s also about transportation – the ability to take anyone, from any place, with any idea in to a shared space, instantly.”

When users enter The Wild, they can do so via semi-transparent avatars that can see models and environments at a variety of different scales. You can stand in a human-scale view where you are able to view a building from the outside, put the same building model on a virtual surface, or even move about a city or a design while giant-sized.

Being able to work on the same model at the same time, as well as being able to switch from external to internal views, can help AEC teams to make decisions, going from design to construction phases more efficiently. The hope is that The Wild can be a normal part of the working process, saving time, money and frustration.

In The Wild, a variety of stakeholders can evaluate designs, look out for errors, and discuss next steps, no matter where they originate. This kind of on-site, as-needed collaboration also eliminates the need to pass around large files from office to office, and has the potential to reduce miscommunications and misunderstandings between team members that can lead to costly rework.

The latest update to The Wild incorporates three additional tools that work with BIM data. A new Inspect tool allows users to view and inspect object-level BIM data on any part of a 3D model. This unlocks more information from BIM so that better decisions can be made in situ. 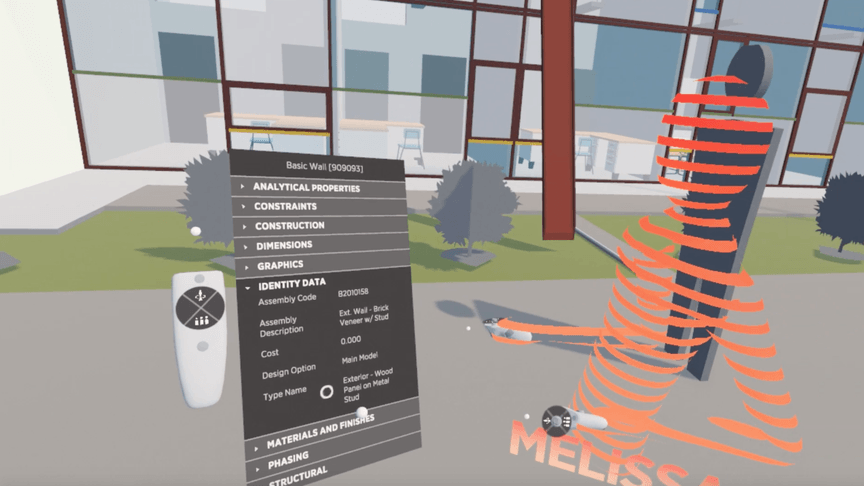 The newly-launched Inspect Tool in The Wild allows users to access BIM information.

Because The Wild has the ability to view SketchUp and Revit files, a tool was added to control more of the elements from those files. The Visibility tool provides the ability to control layer visibility allowing users to show or hide object types in space.

A new Measure tool allows users to measure, visualize and annotate distances in the virtual space that can be seen and shared no matter what scale the user is in. This simple tool was the most user-requested of the trio. 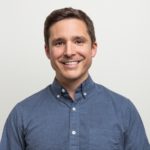 Gabriel Paez, CEO of The Wild

“The measure tool has been one of our most requested features, and we wanted to take the time to get it right.”

Combined, these three tools have been added to make the process of working together on models to become more powerful, enabling more efficient reviewing and designing opportunities.

The Wild already has an Autodesk Revit add-in, which can create a space in the cloud from Revit. Last year, The Wild released an integration for Autodesk BIM 360, which allowed teams to view and experience models hosted by BIM 360.

They have also taken the critical step of making The Wild variety of devices, including Mac and MacOS platforms, which is rare for virtual reality applications. The drive to be Mac friendly grew out of a desire to include SketchUp users, but broadened to just be a way of allowing more stakeholders at the table, says Paez.

“Even firms where the whole firm is on Windows, you’re still potentially working with collaborators or even clients that are on a Mac, and we want everyone to be able to get in there to collaborate.”

Several large companies and firms have started to use The Wild for immersive collaboration, including adidas, SAS International, Dillon Consulting, Zoom+Care, Scala, Bora Architects, BNP Paribas, ASD Sky, and MacDonald Miller. For each of them, the goal is to bring everyone closer together in virtual space.

“Travel is expensive, and moving people and materials across the world is incredibly inefficient. We want to be able to minimize that by virtualizing the process to take people from across the globe and instantly put them into a shared built environment,” added Paez.