A 3D data capture tour of the continent

EUROPE – Fourteen days. Thirty-six meetings. Four countries. Two thousand kilometers. Such was the trip taken by SPAR director Lisa Murray, marketing head Lee Corkhill, and conference programmer Linda McLaughlin as they sought to meet with as many 3D data capture professionals as possible to take the Continent’s pulse and work to take that information and build it into SPAR 3D’s vision for the future of the SPAR Europe event.

Any number of themes popped up: making more use of the point cloud, getting faster from point cloud to CAD, uniting the academic community with the professional users, and the need for better software tools to create efficiencies and solve problems were high among them.

What follows is part one of the trio’s travelogue, recounting their meetings and their substance: 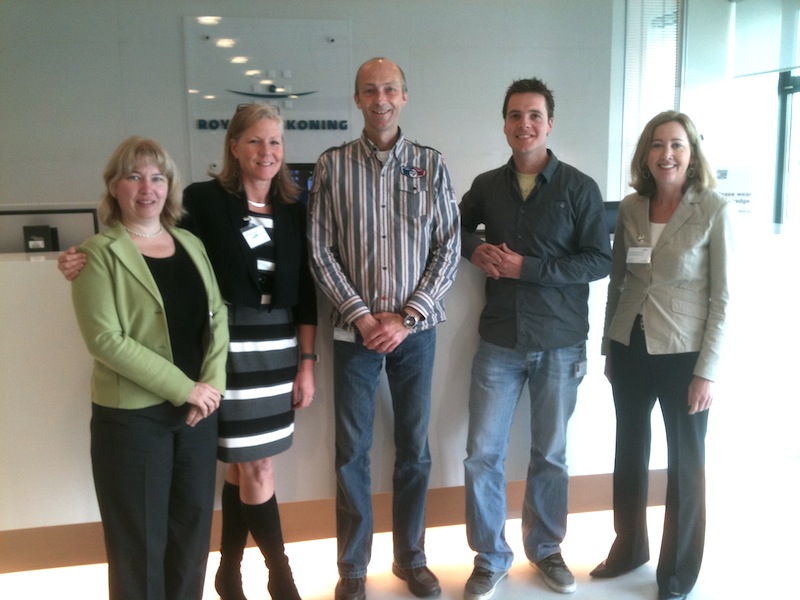 Royal Haskoning is an engineering firm in the midst of merging with DHV, working in civil infrastructure, large commercial construction, hospitals, water treatment facilities and much more. They do all of their laser scanning in house. Borst and Zwinkels are excited about BIM’s potential to drive the need for laser scanning, believing it’s the biggest current opportunity for driving the market. Unfortunately, as in the States, there is still education needed to get architecture firms to adopt the BIM workflow and philosophy.

Internally, Royal Haskoning is focused on finding more need for laser scanning services and to keep the machines working. Scanning has potential, they believe, as an asset management tool, repurposing scans done during the construction phase for plant life-cycle maintenance.

They’re working to make laser scanning a standalone business as well, providing services to other engineering firms and asset owners.

In terms of newer technology, they’re using Faro’s new web-sharing tools quite a bit, bringing the data to others of their worldwide offices in efficient fashion.

USPI is an association focused on the oil, gas, plant and process industry, with roughly 35 corporate members. Van Excel has a background with Shell and knows well the needs of the petroleum industry. He’s focused on creating standards for the use of 3D data and integrating 3D data into data warehouses.

In trying to anticipate the greatest needs of plant operators over the next five years, he’s interested in hearing from the industry – give him a call. 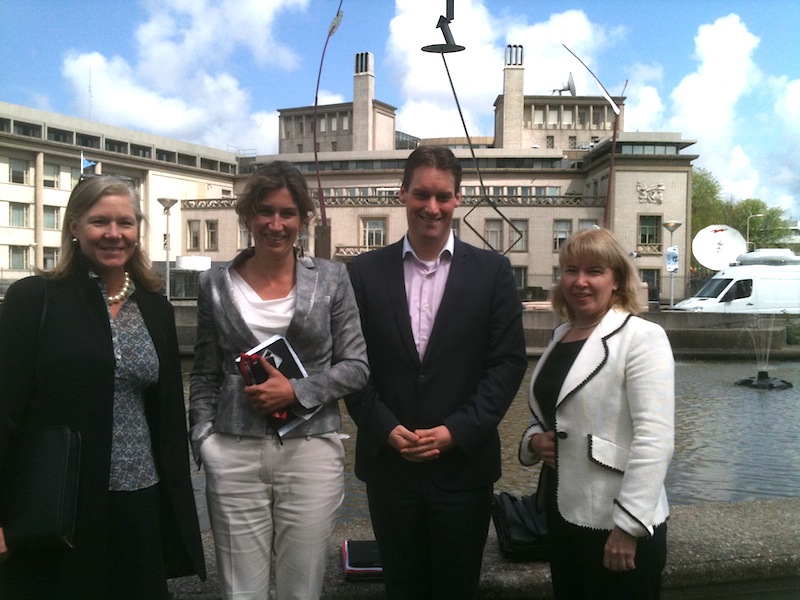 World Forum, the Hague, the Netherlands

The team made a quick stop at SPAR Europe 2012’s home base to talk about expansion possibilities as more sponsors come on board and to explore options for more hands-on and live demonstrations.

Remember the car with bullet holes of which the local constables weren’t fond last year? Well, that’s likely to go over even less well this year, as we’ll be sharing the venue with the Organization for the Prohibition of Chemical Weapons, which is, as you can imagine, a highly secure event. 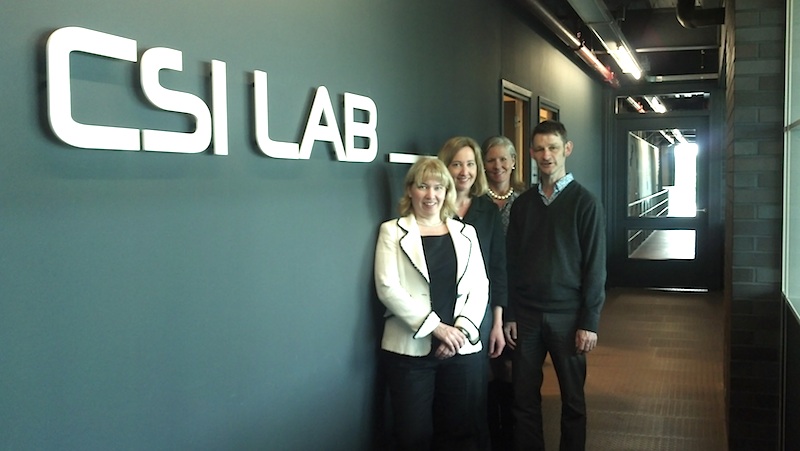 The NFI is taking a leading role in introducing the use of 3D data to police departments all across Europe and the world. They are the only facility in Europe training other police forces in disaster management with what’s known as “serious gaming,” incorporating real-life 3D data into disaster scenarios.

They mentioned the Universities of Amsterdam, Strasclyde (Scotland) and Lausanne (Switzerland) as doing important work in building 3D data capture into forensic investigation and security, and said police forces from the Czech Republic, London’s Met, Zurich, Madrid, Barcelona, and others are all buying into 3D’s value.

To learn more about the ENFSI, go here. 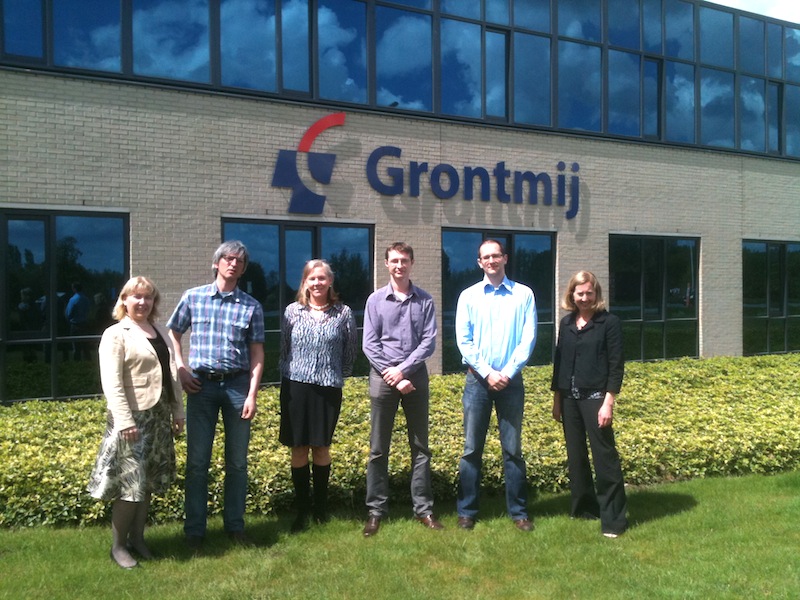 In this three-hour meeting, the team heard much about the pain points being experienced by asset owners trying to leverage the utility of 3D data. Perhaps most telling was a slide they brought up as part of a quick presentation on the work Dow is doing: On it were the roughly 15 software packages they needed to employ just to get the job done.

Ultimately, de Bruyne believes, there will be one software package that allows him to do much of the work with 3D data that he does on a daily basis, but it simply doesn’t exist yet. Until that day, he and the Grontmij team are focused on getting as much as possible out of the point cloud, using it for maintenance projects and asset management and bringing in as many constituents from throughout the organization as possible.

How can technology help with that?

At the most basic level, they want some insight into how things are progressing. How can the link between the academic and scientific world and the real world be strengthened so that the technology that makes it to market is suitable to solve the problems that real practitioners are experiencing? The group sees SPAR Europe as a potentially unique forum that brings together stakeholders from research universities and industry users for information exchange.

These guys want insight into the algorithm development; they want software face-offs; they want software vendors to work on integrating with one another; they want accuracy ratings on hardware. What’s the right plug-in for the job? Perhaps more industry members could get together more often and talk shop. At, say, SPAR Europe?

Open source efforts like the Point Cloud Library are very interesting to them, as it offers a way for the corporate world to influence research and development in a very transparent way and for the betterment of the industry as a whole. 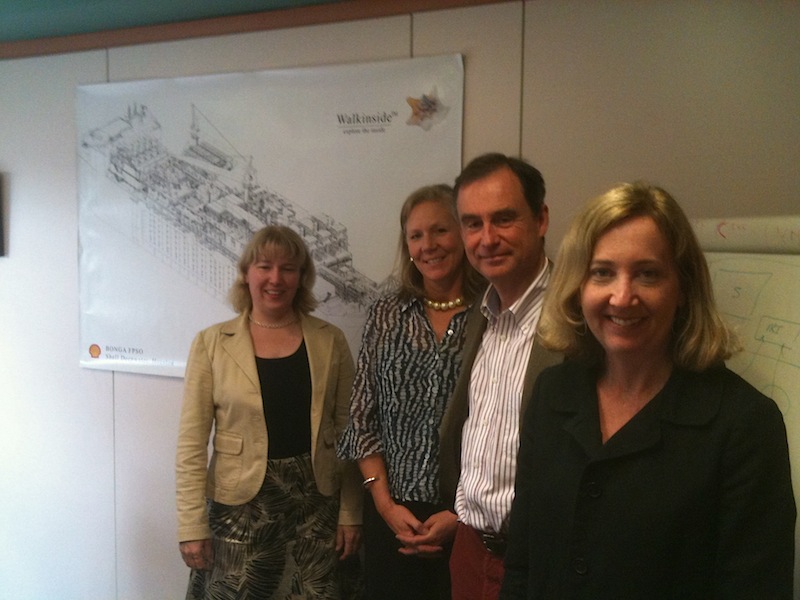 Again serious gaming was a big topic of conversation – VRContext envisions a world where much of training, asset documentation, maintenance information and more can be stored in 3D and navigated by anyone in the organization.

It’s that link between the engineer’s data and the maintenance team’s operational software that’s missing and can be established to make the use of 3D data in operations much more frequent.