Building codes are often changing—even yearly, in some places. Keeping current with all building codes, and ensuring that a project is complying with federal, state, county and local codes, is the headache of many construction professionals.

Failing to comply with such codes—even by accident—is no option; it can lead to re-work and unneeded costs brought on by having to fix problems with lack of code compliance that have been wrongly built into a job. And with building codes in different government jurisdictions that sometimes overlap (such as city and county codes), which often can be confusing even to seasoned professionals, streamlining the process of ensuring a project complies with all codes has long been an obvious problem in need of a solution. e

In this age of proliferating apps meant to ease construction workflows, it was just a matter of time before someone devised an app for navigating and complying with building codes. Some have tried to do so, but unsuccessfully, until recently.

UpCodes, a searchable database for building codes, is speeding up how construction projects work with its process-changing platform. The 3-year-old company was founded by brothers Garrett and Scott Reynolds, who brought their professional experience in AEC and software development to the huge task of simplifying cod compliance in construction. 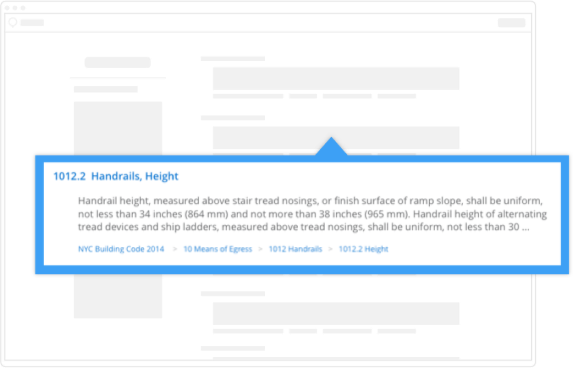 Prior to devising their idea for the startup, Scott worked as an architect in Hong Kong, then came back to the US, to work in New York City. Those experiences prompted him to begin questioning how construction projects were done, since it seemed to him there should be simpler ways to accomplish some of the tasks associated with a project, like complying with codes. 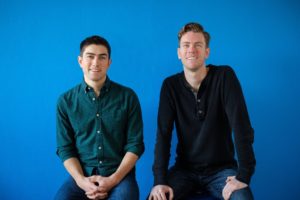 “It seemed wrong that going through regulations should be such a big [task], of going through physical books, page by page,” Scott says. “Reviewing code stuff manually is incredibly inefficient.”

Scott began to talk with his brother Garrett, who was a software engineer for construction software company PlanGrid, about how they might solve the onerous problem of code compliance. Putting their heads together, they were able to hack out a first app over one Thanksgiving break.

UpCodes Web, one of the company’s features, was the first part of the startup’s development.

Provided in a searchable database, UpCodes offers users a structured way for team members to collaborate and work on codes. But how does UpCodes stay on top of the constant flow of changes to codes, while continuing to add more of them to the database?

With just 10 employees, six of whom are core staffers, the team keeps track of codes and updating the company database on a daily basis. Changes can be made to the UpCodes database weekly.

“We built a lot of internal tooling, where we get updated as code changes happen. And we have three people [staffers]who work on researching code for their jurisdictions,” Scott says.

Now, it seems, the proof in the UpCodes program is in the user experience. With 250,000 free and paid users availing themselves of the UpCodes web platform, up from tens of thousands in 2017, the company is growing fast. More than 500 users employ UpCodes AI.

Clearly, these many users are finding the platform useful. Maybe they don’t like re-work on a project, which is often a problem when codes aren’t followed to the letter. In such cases, work often has to be torn out and re-done, which hurts profit margins.

The company’s UpCodes AI performs some of the eyeball work for users. The feature can automatically scan a Building Information Model, for example.

“If we can take a BIM model and find problems [with its constructibility], we can start to automatically flag that” and avoid improper construction and re-work, Scott says.

While the growth of UpCodes has been phenomenal, it hasn’t all been smooth sailing for the startup. It has its detractors, for now, at least.

The company is being sued by the International Code Council and the American Society of Civil Engineers. The ICC says UpCodes is using copyrighted material and harming its ability to make money.

But it’s not clear that anyone has a right to copyright the law. For its part, UpCodes says it is just making “fair use” of the material, which is legally protected. UpCodes is fighting the lawsuit.

“We recently submitted a motion for summary judgement, and are waiting for the judge to respond,” Scott says. “All of the laws on our website is free [content]… The service we provide is built on top of it.”

That service appears to be of interest to many, given that UpCodes really hasn’t advertised, and yet it has many users and is adding more each day.

Basically, there is no other company filling this niche, according to Scott Reynolds. And that’s a good place to be, for UpCodes.

“We’re growing, were humming right now,” Scott says. “We want to get to a place where we take care of the automation… We want to start building custom tools to help AEC folks, like recognizing water fountains, etc. A lot of our guys have construction backgrounds.”

4 Trends That Will Shape the Future of AEC - Part 1: Silos Must Go

4 Trends That Will Shape the Future of AEC - Part 1: Silos Must Go