Sensefly has announced the release of a new UAV for photogrammetric mapping. The drone includes a few standout features, including an upgrade path to high-precision surveying, a longer wingspan enabling coverage of larger areas, and an included photogrammetric camera purpose-built by Sensefly for drone photogrammetry. 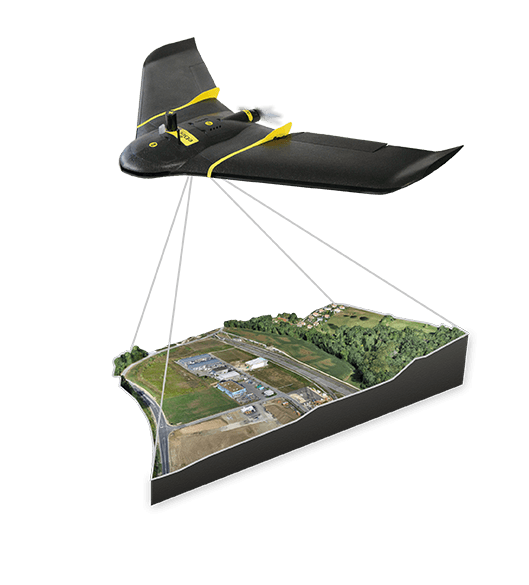 The system boasts a function Sensefly calls High Precision on Demand (HPoD). This means that each eBee Plus includes a built-in upgrade path to add RTK and PPK functionality. If a user upgrades, Sensefly boasts that the drone “achieves horizontal/vertical absolute accuracy to 3 cm/5 cm without the need for ground control points.” RTK and PPK can be activated by the user immediately, or on-demand at any point later.

Each eBee Plus comes with four weeks of free HPoD service, after which the service is paid.

The eBee plus features a longer wingspan than its siblings, giving it a flight time of close to a full hour. The drone can also fly in a number of different conditions and at different altitudes. According to SenseFly, the drone can document 540 acres (or 220 hectares) in a single flight at an altitude of 400 feet. Its maximum coverage area on a single battery is 15.4 square miles, or 40 square kilometers. 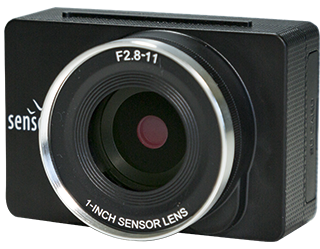 The drone comes with a high-resolution RGB camera built by Sensefly specifically for drone photogrammetry work. It has a 1-inch sensor, enabling it to capture images with a spatial resolution of 2.9 cm when it flies at an altitude of 400 feet.

eBee Plus supports a flexible payload, so users can swap the S.O.D.A. out for other sensors including RGB, thermal, and multispectral sensors.

Sensefly has announced that the drone is available for purchase now through its network of distributors.