Mission Dolores is the first mission to be digitally preserved as part of CyArk’s Digital El Camino Real de California program, which will use 3D technologies to document the 21 missions, 4 presidios and 3 pueblos along the route from San Diego to Sonoma. The project will deliver accurate documentation for conservation, virtual tours of the sites, educational materials and 3D visualizations, according to a press release. The Digital El Camino Real de California project will take 3 years to complete and fundraising for the roughly $1.5 million project continues. 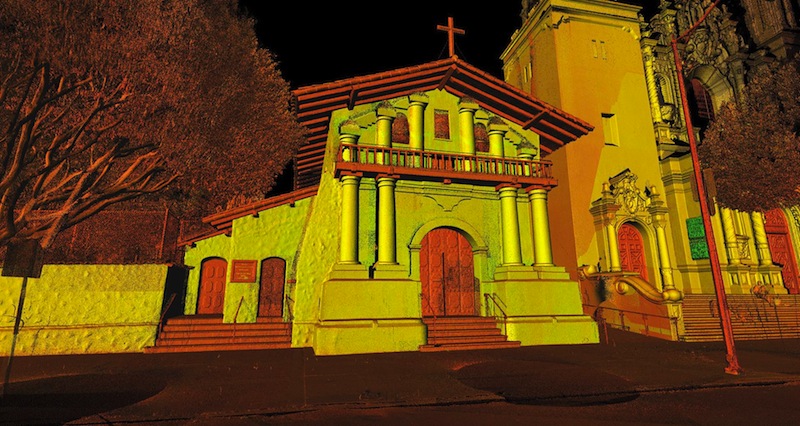 “CyArk’s digital preservation methods not only make a compelling experience for 4th graders and grownups to learn mission history,” said CyArk executive director Tom Greaves in a statement, “they also support site conservation and management, engineering of seismic retrofits and new ways to engage the public to learn about California’s rich Native American and Spanish history. We really appreciate the support of the individuals and organizations who bootstrapped the initial work.”

Mission Dolores curator Andrew Galvan said in a statement that, “The partnership with CyArk has been an incredible fundraising tool for us, not only have we been able to document the mission, we have been able to secure additional funds for detailed conservation drawings and the creation of our first mobile app which will help us to meet our commitment at Mission Dolores to tell the accurate history of the California Missions. Our educational goals at Mission Dolores are to keep our interpretive programs focused on the native peoples and rooted in academia.”