Safe doubles down on point clouds with FME 2013

SURREY, B.C. – Safe Software’s FME product probably most often gets painted as a data conversion tool. Want information from one sensor to get into another company’s software program? FME does that, and the 2013 release now supports 28 further data formats.

However, not only are six of those new formats different forms of point clouds (including the ASTM E57 standard), but FME 2013 also introduces a number of capabilities for working with those point clouds that might prove useful. In general, they are indicative of a company with traditional roots in GIS recognizing that more customers are bringing point clouds into their GIS workflows.

“The big push seems to be coming from local governments, state-level governments worldwide,” said Dale Lutz, Safe co-founder and VP of business development. “They have, in our experience, a cabinet full of lidar data that they just aren’t using.” 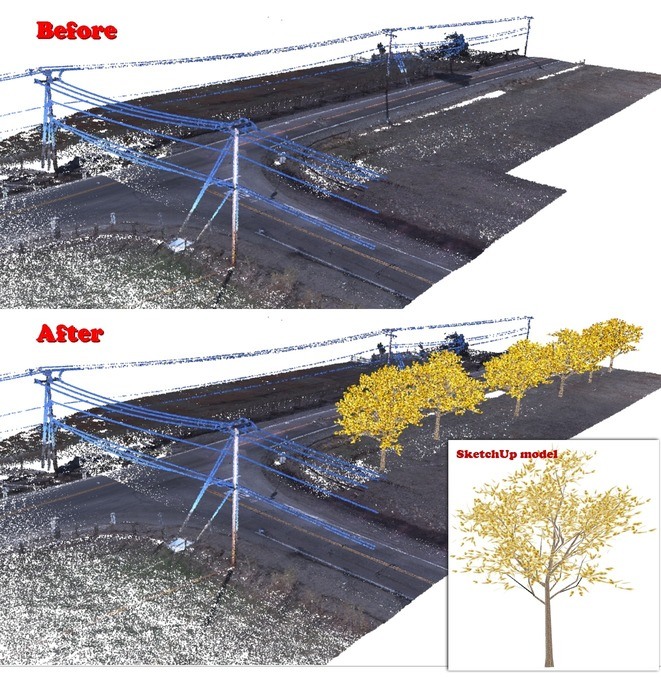 Take a model from SketchUp and paste it into your point cloud in FME 2013.

By adding tools for making that lidar more useful – ability to make a 3D pdf, colorize a point cloud, cut-and-paste features into and out of it, filter them based on various components (click here for a techno-fueled demonstration) – FME 2013 also aims to grease the skids for getting information out of point clouds and into their GIS software. “Our stuff fits really nicely in taking that raw information and getting it ready for them to actually use,” Lutz said. That’s become easier, too, with the addition of lidar support in programs like Esri’s ArcGIS.

Nor are we just talking about aerial lidar here. The newly supported lidar formats include those created by terrestrial and mobile scanners from Z+F and Riegl, the .ptx format spit out by Leica’s Cyclone software and the .pod format from Bentley’s Pointools, along with the ASTM 57 format. Lutz mentioned railway and transportation professionals and those working with utilities as being desirous of the new terrestrial-focused features. “I’m not overblowing it, but we’ve added a kind of limited feature extraction tool, some more clever subsetting of huge point clouds,” he said.

“In general, our strategy is that if we know our user has to do these four tasks and right now they’re doing three of them in FME, then we try to make that fourth happen,” Lutz said. “We’re less aware of what we’re rubbing against, and more focused on the requests that customers make. It’s all about streamlining things … The early tip of the wedge is usually around our format support, and that’s what much of the market thinks all we do, but then we’re in the game, and then people realize they can do this and this and this and then realize they can get all the way to where they want to go.” 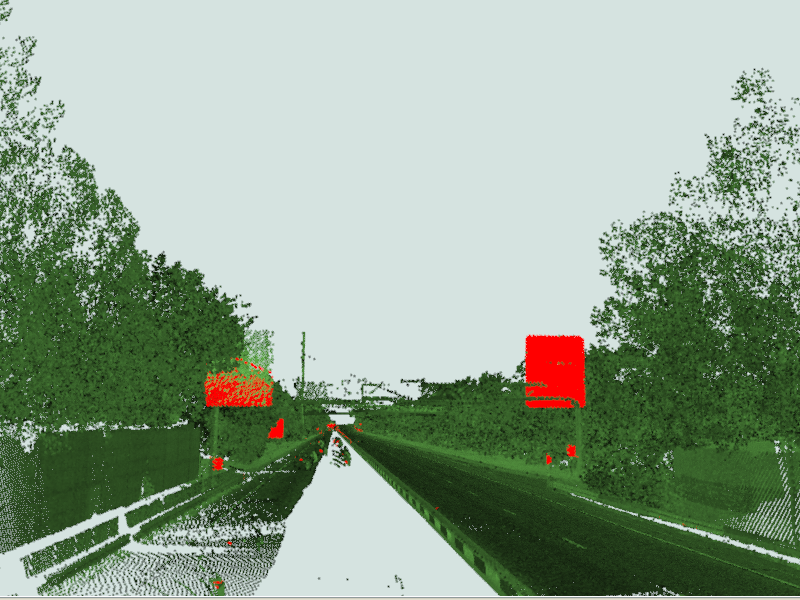 As for that E57 standard, Safe is on board. While last year at this time Lutz told me not a single customer had even mentioned it, Lutz said that’s changed recently, and “some vendors started to pipe up about it.” That prompted an investigation, and now, “We look at it as a very rich specification that pushes us to have a very flexible internal model,” Lutz said. “It has the potential to make our product much better.” Previously, the guts of FME’s point cloud handling was based on LAS, but “with this implementation we created a user interface that’s good at mapping E57 components to LAS and vice versa,” and going forward E57 will serve that guts function.

Lutz lauded the E57 library that helped with support and implementation, saying he gives it  “high marks,” and that it makes working with E57 “not too bad,” despite it being fairly unwieldy. He predicted the market will begin to see subsets of E57 supported by groups of vendors who might start touting a “profile” of E57 that has some restrictions, but makes it easier to write software.

He also said the fact that some have begun to choose E57 as their archive format – such as the University of Arkansas – indicates it’s here to stay.

As is point cloud functionality in FME. Lutz admitted most of his customers are hardly power users of point clouds, but they’re diving in and interest is likely to grow quickly. “Some of these places we’re working with, it’s on the edge of what they do,” Lutz said. “But working with point clouds is good because it pushes beyond the edge of where we’ve normally been living.”

Another rider on the billion-point bandwagon