RIEGL’s presence at INTERGEO is always substantial, but the story for the company at INTERGEO 2019 wasn’t just about the updates that were specifically showcased at the event. How RIEGL has been able to double the scanning capacity of a variety of their existing products was a theme that was highlighted at the event but will continue to be a focus throughout the rest of the year.

That additional scanning capacity can be seen in both the new VQ-780 II Airborne Laser Scanner as well as RIEGL VQ-1560 II. The laser pulse repetition rate of the 780 II goes up to 2 MHz, resulting in more than 1.33 million measurements/sec on the ground. It is designed for data acquisition at low, mid, and high altitudes, covering a variety of different airborne laser scanning applications from high density to wide-area mapping. The new features of the VQ-1560 II have helped make it a flexible choice around the acquisition of scan data with an exceptionally wide range of achievable point densities. The unique forward/backward scan angle of the VQ-1560 II with its large field of view of 58 degrees enables capturing data from multiple angles more effectively and more accurately at high point densities. 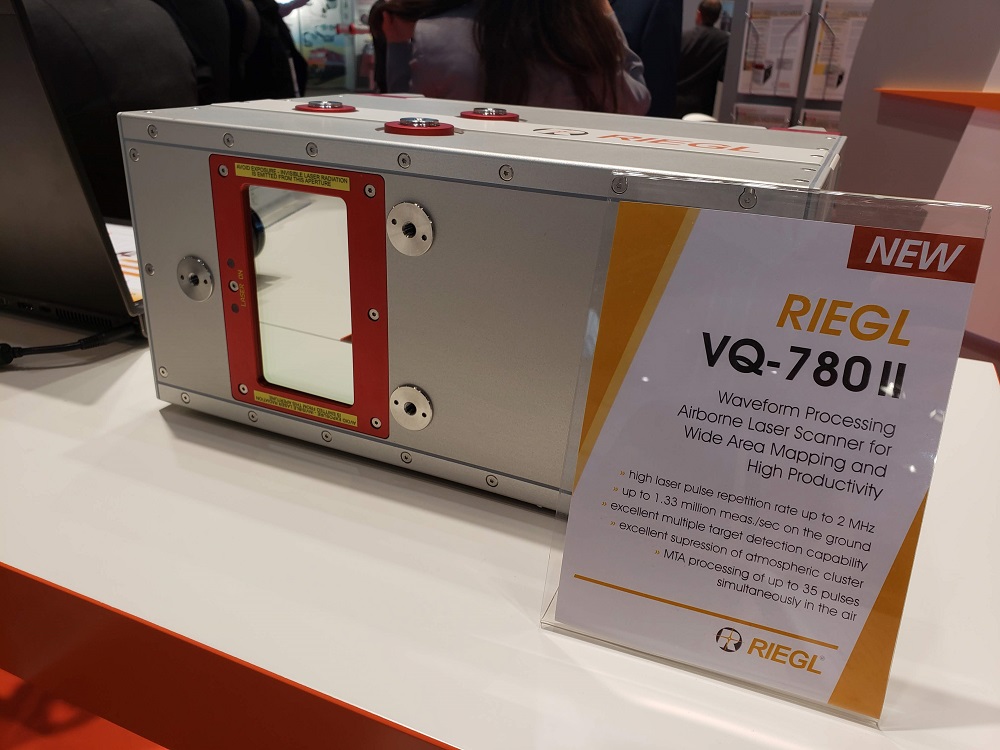 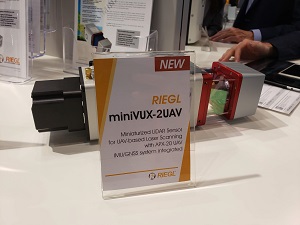 The new miniVUX-2UAV LiDAR sensor was also in line with the theme around doubling scanning capacity. The sister type of the RIEGL miniVUX-1UAV sensor offers 100 kHz and 200 kHz laser PRR. The sensor provides up to 200,000 measurements per second and thus, a dense point pattern on the ground for UAV-based applications that require the acquisition of small objects. Utilized for UAV-based surveying the miniVUX-2UAV LiDAR is set to create countless new opportunities for survey and inspection purposes.

The additional scanning capacities of these products and a few others were highlighted in a big way at INTERGEO, but the way in which RIEGL listens to their customers to enable innovation was also showcased. The RIEGL VMX-2HA camera system has a new dual pavement camera configuration that offers a smaller ground sampling distance to detect even small cracks in the road surface. This sort of capability had been something that users like DOTs had been asking for in order for them to more easily capture the data they need to take action. Customer feedback also factored into new accessories for the VZ-400i that include a more rugged camera and the ability to swap power sources. 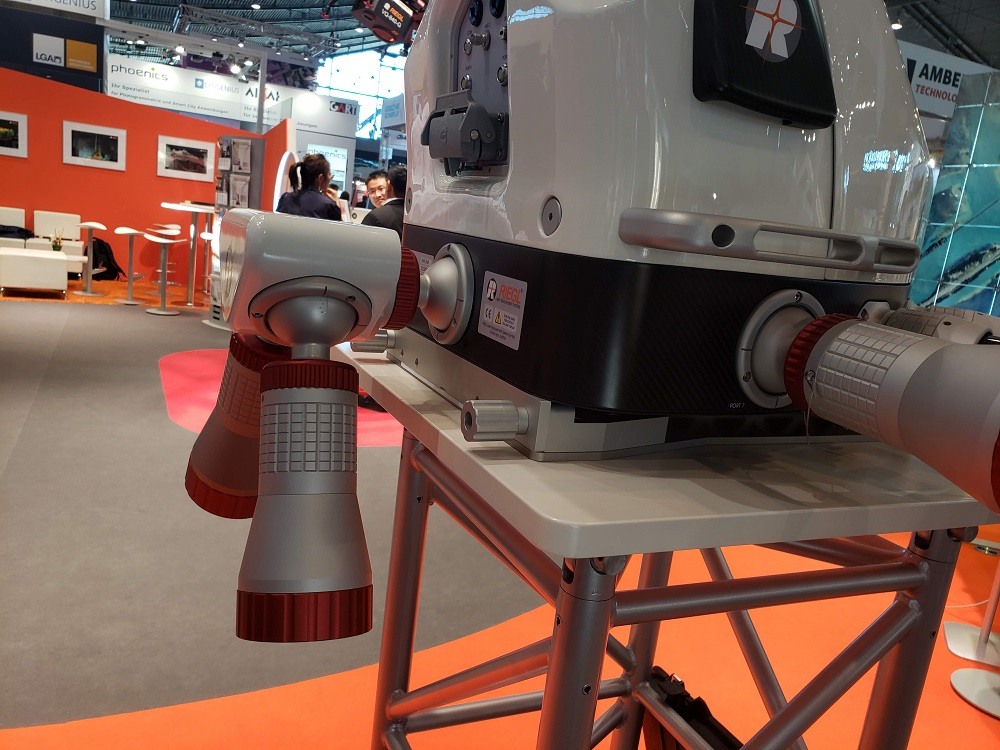