HORN, Austria – Riegl announced this week at MINExpo 2012 in Las Vegas its new VZ-6000 laser scanner, designed for applications requiring “ultra-long-range” scanning such as open pit mining or general topography. The scanner is capable of getting returns from more than 6,000 meters away.

The scanner is a companion to the existing VZ-4000, but with a laser call 3B, it is better suited for measuring snowy and icy terrain, for example, and it can reach an extra 2,000 meters. The company reports that the scanner has just been put through its first field work in Greenland this past month and “exceeded all expectations.” 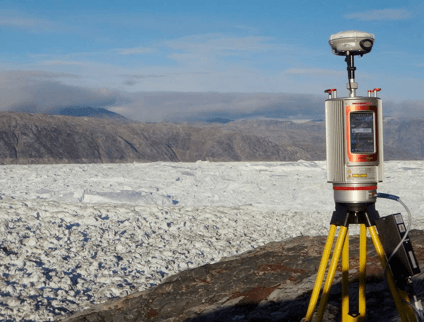 The VZ-6000 on its first mission in Greenland.

The release also noted that both VZ scanners can be used with the company’s RiMining software, which is designed to simplify data registration and processing workflow for surveying of extended areas and mining applications such as automatic extraction of break lines, contours, profiles, and calculation of volumes.

Riegl will next have the scanner on display at Intergeo and SPAR Europe.