In various scan data applications, the comparison of scan data sets of different time periods provides a meaningful representation of the increase or decrease of the values, which are in focus. This is made possible by a new software module for 3D voxel analysis, which is available with RiSCAN PRO, RIEGL‘s corporate software for 3D scan data acquisition, registration, and post-processing to output deliverables for many different lidar applications.

How 3D voxels are used for surface comparisons 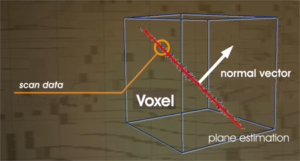 In the next step, voxels of the same size are extracted from a comparison dataset of a different time period. Every voxel of this second dataset finally gets a new data attribute named “distance to surface”, which shows the distance along the normal vector of the reference dataset to the closest voxel of the comparison dataset (right). This attribute can be interpreted as the surface change between the two datasets.

In the past, surface comparison were done with algorithms that were mainly working in a 2.5D environment, that calculated a comparison along a given direction. When using the z-direction, standard algorithms delivered poor results in almost vertical surface areas and failed in overhanging areas. The RIEGL 3D Voxel Analysis software module now allows a fully-3D comparison, because it takes the correct surface normal vector from each and every single voxel. This algorithm works on any surface orientation and delivers the closest distance between two different surfaces. This also enables surface comparison in underground, cave, or tunnel environments. The below image shows an ice change analysis within a large ice cave. 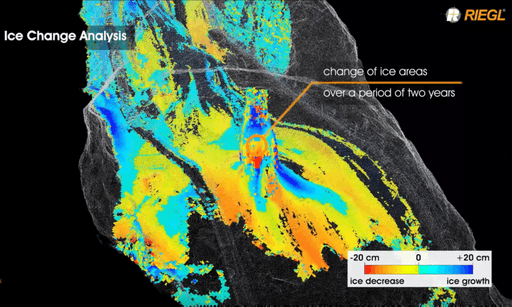 RIEGL scanners are also used for permanent slope monitoring. The displayed slope in the image below was scanned every two minutes. 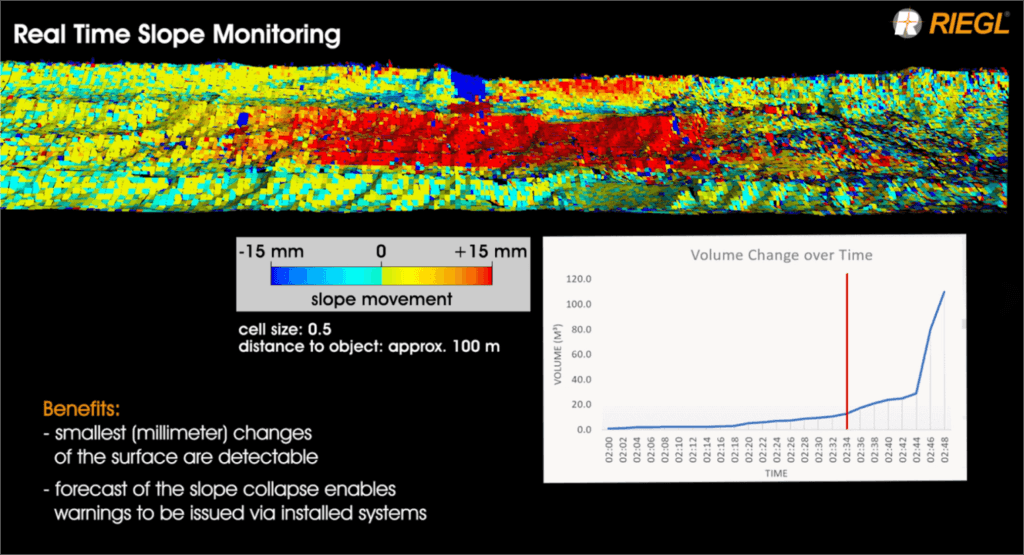 Scanning at such a high frequency results in a large number of datasets containing a huge amount of data. The RIEGL comparison algorithm can compare a big number of datasets to a given reference within an automatic workflow. Due to the calculation of a best fitting plane within each voxel and the calculation of the distance between the two planes along the normal vector, even minor changes within millimeters can be detected. In this example, the slope was at a distance of approximately 100m to the scanner and movements of a few millimeters within the voxels can be detected. Getting results at such a high accuracy results in longer lead times before a possible slope failure, so that there’s time to remove men and machines from endangered areas and safety is increased.

RIEGL releases a trio of apps for remote mining operations