Report: GNSS device for every person on planet by 2022

By 2022, the number of GNSS (Global Navigation Satellite System) receivers and devices in use is predicted to hit seven billion. That’s nearly one GNSS device for every person crowding the planet, the European GNSS Agency (GSA) said in its third market report on the positioning technology. 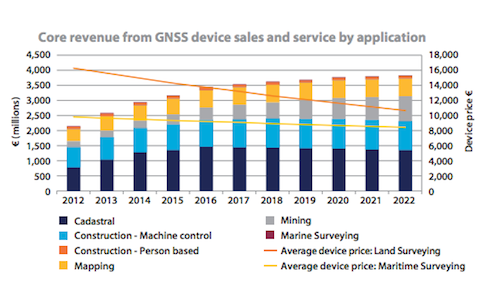 GNSS is a system of satellites that provide geospatial positioning with global coverage through receivers using available GPS, GLONASS, Galileo, Beidou, and other middle Earth Orbit (MEO) satellites, typically hovering about 10-20 miles above the planet.

Today, multi-constellation receivers, which use all navigation signals in view, are becoming more widely available on the market with more than 70 percent of GNSS models SBAS (Satellite Based Augmentation System) capable. These devices offer increased availability of signals, especially in urban environments, and more robust performance in professional applications such as surveying. GLONASS is the second constellation of choice for users after GPS, the report said.

Global GNSS-enabled markets are forecast to grow to $344 billion per year by 2022, according to the report, which also said core revenues – attributable to direct GNSS functionality and service – are expected to reach $138 billion over the period.

Countries will increasingly implement regulatory measures to promote the use of GNSS, for example in emergency location sharing or search and rescue operations, which will further drive growth in Europe and North America over the next five to 10 years, according to the report. 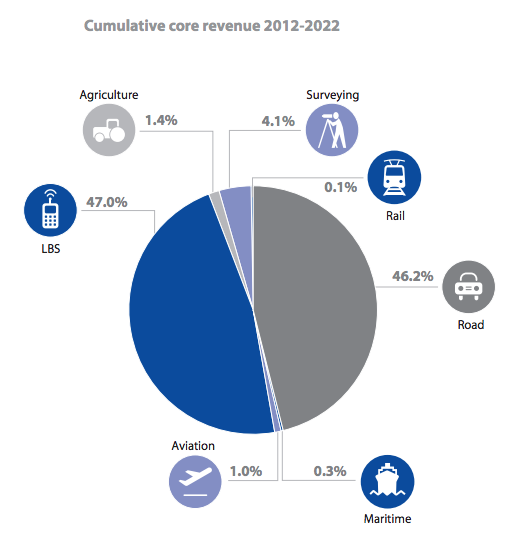 For example, LBS devices increasingly support navigation and other services in the Road market segment, which is cannibalizing the share of personal navigation devices (PND) in the market, the report said. 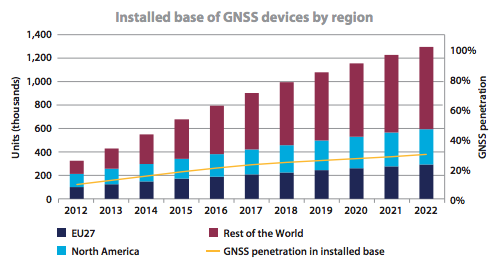 Smartphones comprise 90 percent of LBS devices sold, and new smartphone capabilities “will dominate global GNSS revenues and with other integrated technologies they are entering into other market segments, not only LBS,” according to the report.

However, with the growing penetration of tablets and increased GNSS usage in digital cameras, the smartphone share is expected to decrease over the next decade, the report said.

GNSS in the marketplace

Here are some examples of GNSS applications in key market segments: 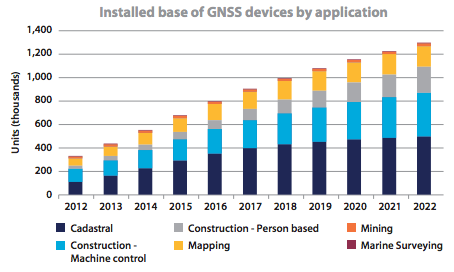 Rugged Trimble T7 tablet is built for flexibility in the field

Rugged Trimble T7 tablet is built for flexibility in the field