In October of last year, Unity commissioned Forrester Consulting to explore the applications of real-time 3D outside of the video game industry. The survey was answered by 358 professionals in AEC and beyond whose jobs involved creating 3D content for their respective companies (or having knowledge of the 3D technology landscape in their fields). The recently published results clearly demonstrate the need for a “revamp” in the AEC visualization process, especially when producing visualizations for their customers and other stakeholders external to design teams.

The report found that real-time 3D is an emerging way to create and deploy interactive digital representation of real-world assets, and its utilization is on the rise. Though only 19% of respondents say that they have adopted real-time 3D thus far, 55% say they plan to adopt it in the next two years, and 97% believe that real-time 3D would improve their workflows and processes.

Real-time 3D is described in the report as technology that “lets people move within and interact with an immersive digital reality” in a way that renderings or video fly-throughs cannot. AEC companies leverage real-time 3D to create and deploy interactive experiences for buildings and infrastructure, often combined with BIM data and other data sources, such as IoT sensors. Real-time 3D is a way to create and directly experience a digital twin, so that real world assets can be placed in the context of their environments, or can be viewed undergoing simulated scenarios. 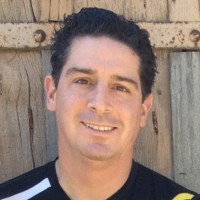 Dan Prochazka, Senior Product Manager at Unity Technologies, said the results fit in the context of the overall push for the digitization of AEC.

“Unity has been at the forefront of this digital technology revolution and its exciting to see real-time 3D emerge. Five years ago, there were very few people with the title of a VDC managers in the AEC industry. But there sure is now – and even in architectural firms they are starting to have more of that virtual design and construction specialists. I’m not surprised – but some of the numbers are pretty incredible.”

Referencing the 97% who assert that real-time 3D would improve their workflows, Prochazka reflected on how far the industry has come in such a short period of time.

“Only a few years ago, the general feeling was still one of tentative skepticism and furrowed brows looking for demonstrated ROI. These numbers are a clear sign that we’re moving on to the next phase, where the value has been demonstrated, but perhaps there are still obstacles to implementation.”

Despite the technological development over the last five to 10 years, there are still barriers to adopting 3D visualization techniques that must be addressed.

“Our survey found that most organizations rely heavily on traditional forms of visualization like in-person interaction, physical models, and 2D visuals, especially in marketing, staff training, and field service. For any given visualization touchpoint, roughly one-third of respondents say their companies haven’t updated their tools in at least three years.”

There are many reasons for technological adoption to be slow or lagging, and some of these challenges were further illuminated in the report.

“A part of that is a sort of sense that some architects are slow to adopt, generally speaking, and tend to hold on to what they’ve done for a long time,” added Prochazka.

However, the impact of this hesitation to adopt new technology and 3D visualization is clear: over two thirds of respondents said that their organizations experience challenges directly attributed to their poor visualization capabilities.

“Insufficient visualization capabilities are creating challenges across the enterprise and throughout the product and building lifecycles. From an internal operations perspective, 61% of decision makers identify visualization as a pain point. These decision makers report that their visualization issues are not isolated but, in fact, are widespread, from design/prototyping (58%) to field service (56%) and sales demonstration (61%).”

Makers of AEC software and visualization solutions have spent a lot of time trying to make the case that there is a potential benefit to offset the initial investment for any new technology, real-time 3D included. The report, however, seems to suggest that organizations are already recognizing that there is a need to improve their visualization approaches, which might demonstrate increased willingness to try out novel solutions.

For example, respondents who have not adopted real-time 3D, shared how much value they see for a variety of use cases. Of particular note is how those who have adopted real-time 3D find it even more valuable than they anticipated (above 90% for most non-adopters in the survey).

When taken with the stat that 55% of respondents will have adopted real-time 3D in the next two years, this combination of information seems to be pointing towards an upcoming area of growth for adoption.

Additionally, the COVID-19 situation has led many firms to re-consider their technological investments as limited site visits and travel difficulties can add additional challenges to construction. When companies can visualize designs in 3D without being in the same location, the options for how they conduct their business are broadened.

Unity as a platform for real-time 3D

Unity has made a push recently to become a platform for extending the usefulness of existing AEC tools. Rather than considering themselves to be a solution in and of themselves, Prochazka sees their company as a foundation.

“Unity is a platform on which people build great things, whether it’s games, Revizto, InsiteVR or IrisVR. The technology is forged in gaming, but they’re taking real-time 3D to the construction industry.”

This has led to the development of Unity Reflect, which allows AEC visualizations to be shared more easily but without losing critical information contained in Revit or other software models like SketchUp and Rhino

“Reflect helps deal with the most difficult parts – data preparation, data management, access rights and real time updates, and real-time collaboration. It is like a chassis that you can build whatever car you want on top of it.”

Revit, SketchUp and Rhino already connect to Reflect today. Navisworks is slated to be added in June, with BIM 360 coming in November.

In the summer of 2020, there is a new release planned that will launch tools to enhance Reflect’s capabilities. Unity plans to release a new version of Reflect that has a variety of user-side improvements, becomes cloud-hosted, supports Navisworks, and debuts new navigation tools. 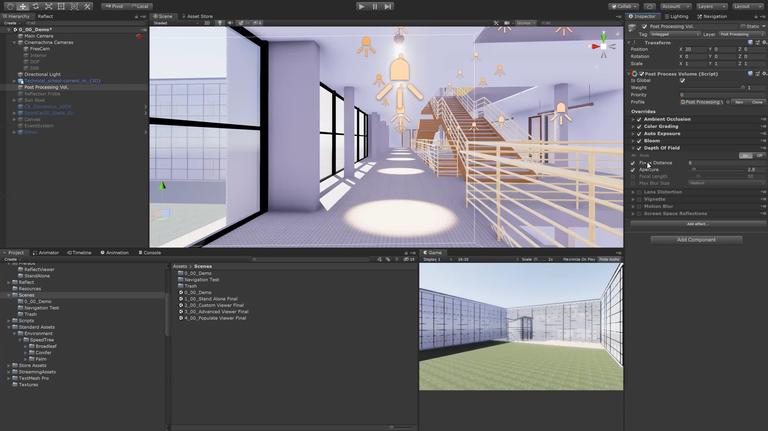 “The cloud hosting means that when projects are shared, virtual and remote people with access can see the same project so that when a change is made, everyone can see it immediately,” said Prochazka.

Ultimately, Unity hopes that these changes will broaden access to customers and stakeholders that are not necessarily AEC professionals.

“Anyone from a building owner to a city councilor who wants to be able to see [a model], you can send them access to a project that they can actually open, navigate and that means something to them.”

The full report is available from Unity here.