While many companies bet on lidar systems to lead the autonomous car industry, the privately held company Echodyne is developing a different way of sensing the world: “radar vision.”

In 2014, Echodyne started developing this technology for various industries after receiving its $15 million Series A round. However, Echodyne’s CEO Eben Frankenberg said the company is now shifting its focus onto the autonomous world with a new $29 million Series B investment led by New Enterprise Associates (NEA) together with Bill Gates, Madrona Venture Group, Vulcan Capital, Lux Capital and The Kresge Foundation.

Echodyne’s product is called MESA, which stands for Metamaterial Electronically Scanning Array. It combines high-performance, agile imaging radar hardware with computer vision-like software for classification, recognition, and perception. Echodyne says that lidar and cameras have limited range and don’t operate reliably in even moderately adverse conditions, and existing commercial radars have inadequate resolution. MESA solves all of these issues by operating like phased array radars – electronically steering a high-resolution spot beam instantly around the field of view with no moving parts – and by delivering high-resolution, long-range, and all-weather capabilities ideal for autonomy.

“Autonomous machines hold immense promise, but it is critical to underpin these machines with fundamental safety technology,“ said Greg Papadopoulos, Venture Partner at NEA. “We’ve seen a lot of sensing technologies, but radar is especially well-suited to autonomous vehicles because they need to operate in all kinds of environmental conditions. Echodyne’s radar vision platform is unique and incredibly compelling in the way it combines the fundamental all-weather benefits of radar with the high-resolution imaging capabilities more often attributed to lidar or Computer Vision.”

Echodyne’s current product has the size of an Amazon Kindle, and it can detect and track a Cessna sized airplane, a helicopter at up to 3km, or a DJI Phantom sized drone at 750m—in the dark or during any adverse environmental condition, such as clouds or rain. In comparison, most of the current lidar solutions used on autonomous vehicles can only track up to 200m. 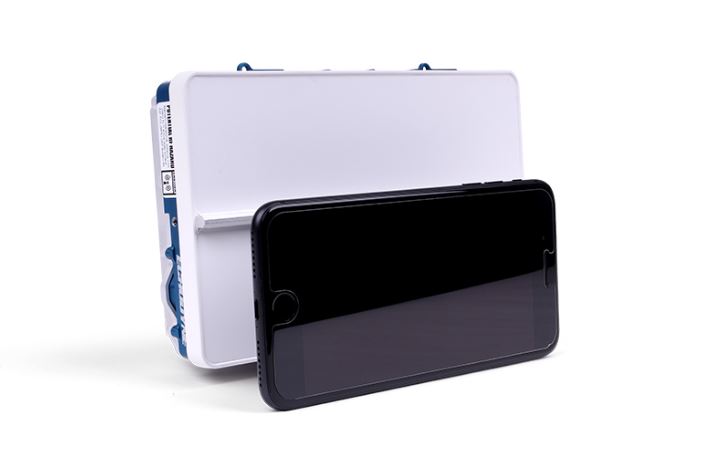 Although Echodyne hasn’t released any technical details about the new and shorter range system in development ideal for autonomous vehicles, if the numbers and features previously mentioned are anything to go by, then we can expect to see the boundaries pushed to a whole new level.