Despite the flurry of recent development in the construction market, Jeevan Kalanithi says, the technology for documenting construction job sites still has some way to go. That’s why he banded together with two other graduates of MIT’s Media Lab to found OpenSpace, a company dedicated to making a solution that combines the ease of 360° image capture with the power of artificial intelligence, a smattering of location-estimation technologies borrowed from robotics, and, someday, very advanced visual analytics.

In more practical terms, CEO Kalanithi describes the company as working to take the “labor and infrastructure” out of the capture process for the job site.

Here’s how OpenSpace works. Mount an off-the-shelf 360° camera on your hardhat, and hit start on the app. Next, Kalanithi says, “put your phone away and walk around the job site freely. You don’t have to go on a ‘capture mission’ to take photos, everything just happens in the background, with the camera clicking away, taking images almost as if it’s taking a video.” Tests show that the battery will last about 10 hours.

When you upload that data to the cloud service, an automated process takes over. The service takes information from the 360° camera—including, we can assume, IMU data—and feeds it to machine-learning derived algorithms, which stitch the photos together into a coherent, Google Street View-style output. These algorithms also chart the movement of the user through that space, and recognize objects like windows.

Let’s talk benefits. OpenSpace helps document progress so you can so “go back in time” and find objects–like piping–that have been obscured by walls. It also offers a split-screen function for doing quick progress checks by comparing data captured on different dates. It offers functionality for annotation, sharing with users both on site and remote, and integration with other tools so your data can move smoothly. This is the kind of solution that is well liked within AEC–the software and hardware ecosystem that offers a simple means of communication and oversight, as well as a single source of truth to ensure that everyone is on the same page. The hope is that greater savings and efficiency will follow. 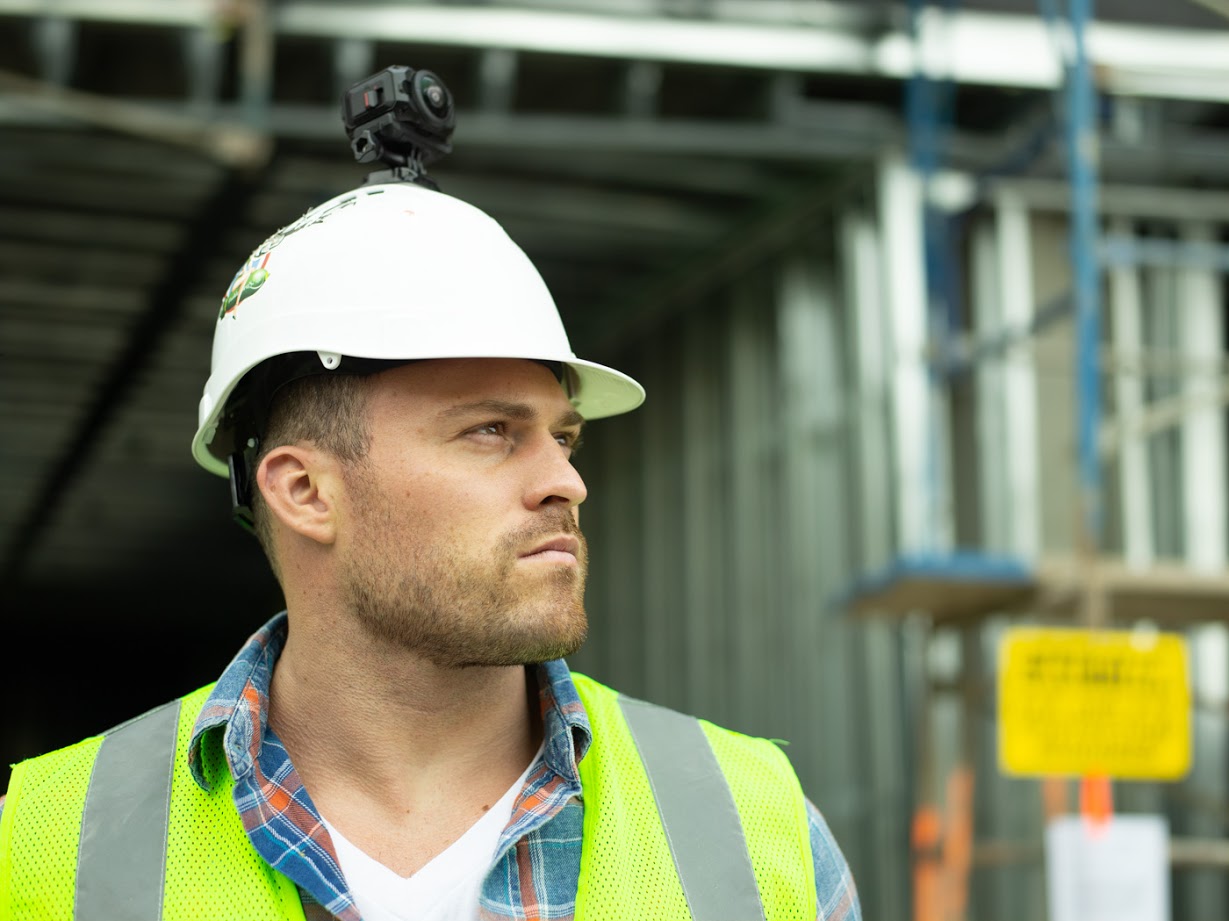 Why not go 3D for daily capture?

I agreed with Kalanithi that regular capture of a job site is crucial, but asked him why the newest generation of 3D capture devices—with their increasingly aggressive pricing schemes and user-friendly designs—don’t fill this need for the construction market. In response, he referred back to his time as VP of product and then president of 3DR during the era when the company was developing its first drone, through the release of the job site capture solution SiteScan.

One of his main takeaways from this experience was that imagery is crucial to the record keeping on a complex job site, where different trades move in and out on a daily basis. However, he said, “there are a lot of amazing technologies out there for capturing job sites, but no one in the field can really use them on a daily basis because there’s just no time. No one has time to do an extra task, and they certainly don’t have time to learn how to use a complex piece of technology.”

As simple as those technologies are getting, many still require some amount of training for proper use. More importantly, all of them are more expensive than a 360° camera, and all require the user to take some time away from what they were already doing on site. Kalanithi said he wanted a product that offered the power of imagery for the same amount of effort as using a Fitbit.

Having spent time with SiteScan, Kalanithi understands the value of 3D capture and made sure to emphasize that he sees OpenSpace as a complement, not a competitor, to laser scanning and photogrammetric workflows. For engineering needs, and when absolute accuracy is necessary, 3D capture is still best. 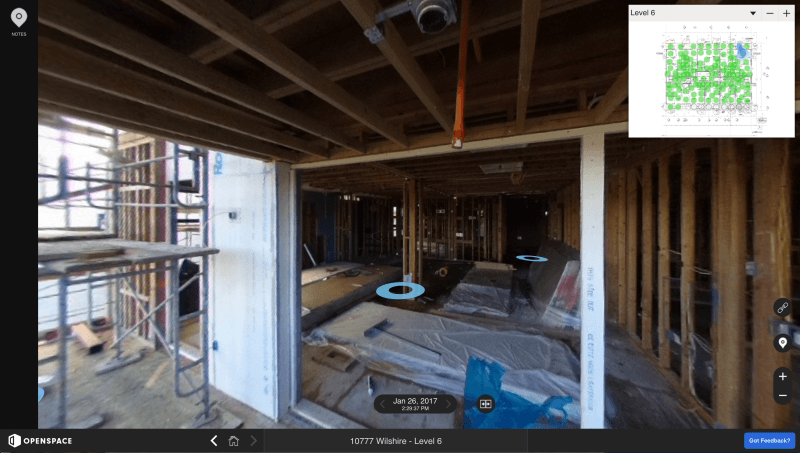 There is another reason not to go full-on with 3D capture for your daily documentation: Machine learning developers need a lot of data to exploit its full potential in the future. “The amount of data matters a lot to these techniques,” Kalanithi says as he explains why 2D imagery is preferable. “It’s less about what kind of data makes it easier to run some kin of classifier, it’s about how may data points you have to work with.”

He says that OpenSpace is designed to help users get “a highly dense in time, and then dense in space, capture of everything on the job site.” In other words, the capture is complete enough, easy to use, and effective enough that customers will use it often and amass a large stash of data. Enough data to help OpenSpace develop the machine-learning algorithms of the future, which these same users can then apply back to their archive of capture data.

Kalanithi calls the current stage of OpenSpace, as focused on the capture stage, step one of a larger vision. In the long term he says you’ll see the sort of “magical analytics” that you see companies like Google running on their data.

“What we are excited about is OpenSpace taking taking all this information that we’re capturing and starting to build the kind of analytics tools that will help our users get their jobs done right by predicting if some work streamer trade is falling behind. There’s a myriad cool things we can do—some we’ve already prototyped in secret before we launch them.”

In the meantime, Kalanithi says the company’s focus will remain on packaging advanced technologies for people in the field. “On top of this experience we’re creating,” he says, “we’ll be able to deliver more valuable features to the ecosystem around AEC over time.”