At this year’s SPAR3D Expo and Conference, Leica announced that users could combine LiDAR data with photos captured by SpheronVR’s high-dynamic-range (HDR) cameras. If you had never heard of SpheronVR before, you’re not unique among 3D professionals—but don’t think they’ll be under the radar for long.

As I learned when I sat down with the company’s business manager Peter Taylor, SpheronVR has a catalogue of solutions that are primed for use within the surveying and 3D spaces. They have a number of products aiming to bring you better reality capture and, ultimately, better visual asset management. 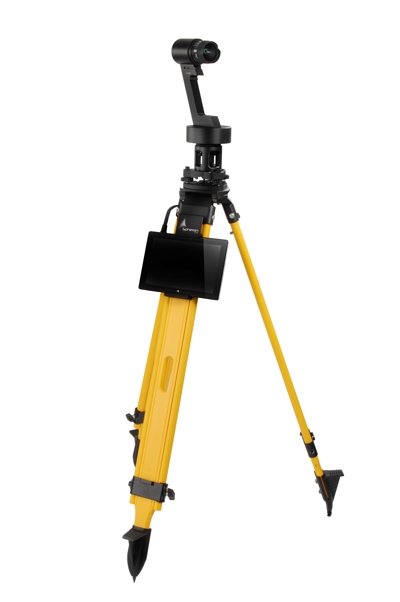 First things first. The SceneCam (a stand-alone device) and SpheronLite (designed for point-cloud coloring) are the key to SpheronVR’s solutions. These cameras captures a wider dynamic range than any other existing device, and even more than your eyes—up to 26 f-stops.

Think of it this way: The human eye has been developed over thousands of years to sense light across a wide range of lighting conditions. SpheronVR’s cameras can do better. When you take a photo with a SpheronVR camera in a bright space, it captures data in areas that would be too dark for you to see. When you take a photo in a dark space, it captures the areas that are bright enough to blind you. And this happens in a single scan.

You can use these shots to color point clouds, and they’re very good at it. But they can do a lot more, too. As a demonstration, Taylor pulled up the company’s viewer software and opened an outdoor shot of a building site that was captured with the SceneCam. Next, he changed the dynamic range of the photograph, which made the screen appear like he was switching between different photographs taken at different exposures, even though it was a single shot.

“With something like this, you can see information that the human eye wouldn’t have brought up. You’ll see that this structure appears,” he said as some scaffolding appeared pretty much out of nowhere. “That could be really important if you’ve only got limited time in the location.”

To see how this works, check out the video below:

SpheronVR also offers a light that you can attach to the camera, which makes it possible to capture in almost absolute darkness.

The real power of the cameras becomes evident once you use it with the company’s SceneCenter Framework software. Once you’ve loaded a photo into SceneCenter, you can use it as a visual data portal—like a Google Maps for your site. It’s a natural fit for asset management and virtual site access from remote locations.

In the software, Taylor showed me how you can flag a specific object and attach a pertinent document. “In the industrial sector,” he said, “we’ve had guys on site—maintenance engineers—take a video of something that’s broken and tag it into the photograph.”

He says the database can support any kind of file you want to attach, including CAD and laser-scanning data. In his demonstration, he clicked on a flag and up popped Leica’s TruView with a scan of the area in question. 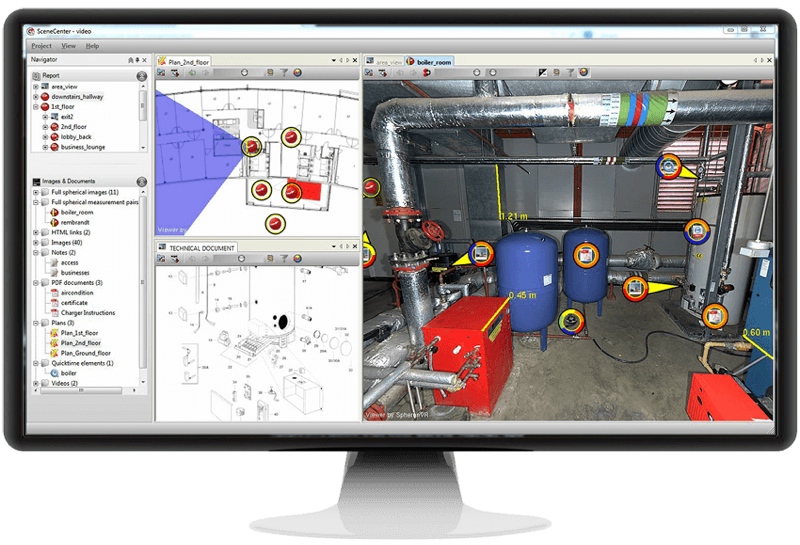 The solution is powerful enough that it’s already been exploited by one high-profile customer: the London Olympics.

“The organization needed to document what was at the time the biggest construction site in Europe,” Taylor said, “and they used our equipment to record all the assets. They needed it to show what condition each room was in before it was handed over to the Olympic Authority, and then it was going to be handed back to London authorities for resale, as well. So it needed to be a legal document. At the time, security teams may want access as well.”

Stakeholders could just load up the site in the SceneCenter Framework, and click on flags to access any needed information—no matter where they were. If the crew capturing the site took a second photograph from each location, the users could even click two pixels and measure the distance between them to within a centimeter.

It may not be survey-grade, Taylor says, but that’s not the point. In many cases, an extremely clear picture and some centimeter-level measurements are more than enough.

That’s not all that. SphereonVR’s solution also offers a valuable supplement to BIM processes.

The most interesting function for these purposes is the timeline function in the SceneCenter software. Taylor shows me an HDR photo of a room without a floor. “So this is a German hospital, and they are scanning every two or three months in each room.” He shows me another photo of the same room, this time with a newly installed floor. “As you can see, the floor has gone down. Everything beneath it is lost—but in our database we can log it and go back on the history file.” 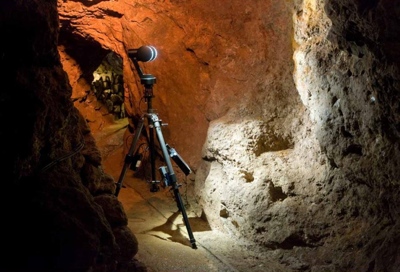 To summarize, SpheronVR offers HDR photos that let you see every detail on a site, the ability to take quick 3D measurements straight from the photos, and software that acts as a visual catalogue (complete with historical data).