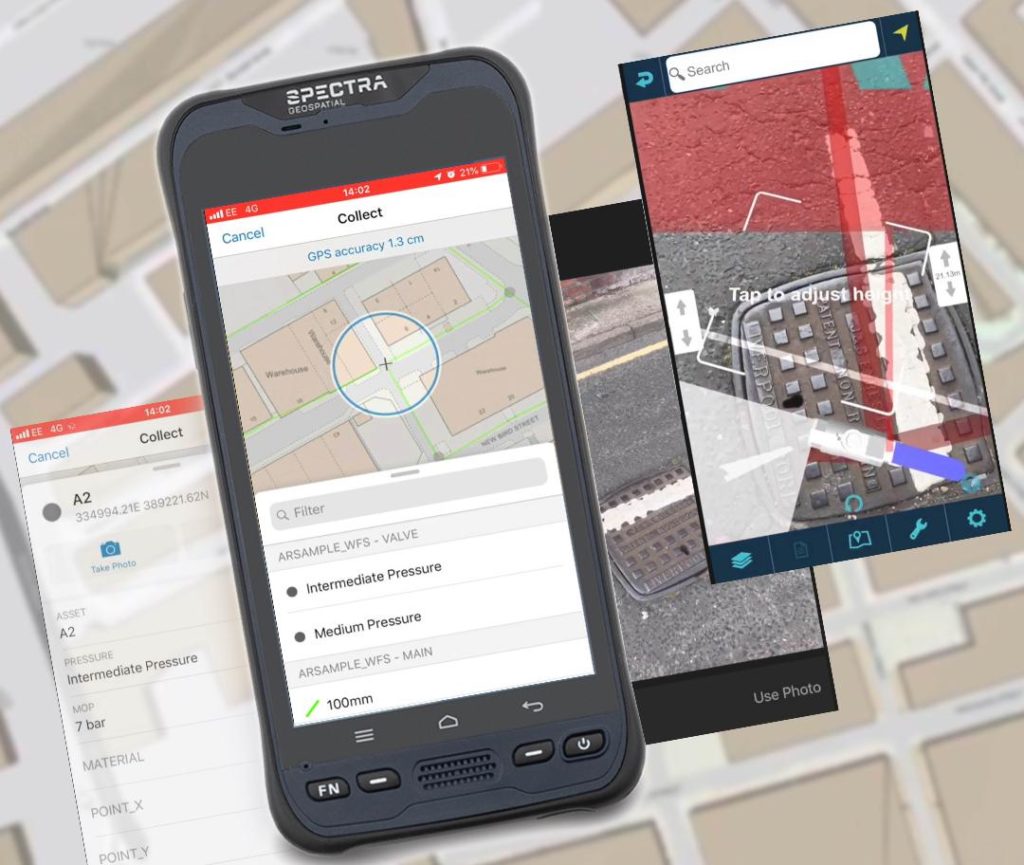 TopoGrafi provides a single platform that allows data capture applications and augmented reality visualizations to use the same 3D coordinate system, also allowing for additional integration with high accuracy base maps and other data layers. Originally designed to meet an unmet need with Esri Collector for ArcGIS, in which there is no support for UK-specific coordinate systems and orthometric heights, the TopoGrafi platform is being developed to manage the “round-tripping” of spatial data from GIS to field and back again, whilst enabling real-time visualization using AR products such as vGIS.

Specifically aimed at the utility and infrastructure sectors, the platform enables capturing buried asset data and processing it for visually impactful and interactive augmented reality visualizations. Buried asset data in this context means pipes, chambers and associated plants, examples of which would be water and gas distribution networks and wastewater networks that require connectivity for the flow of water, gas and sewage.

The app functions as a service that processes any new points captured in an ArcGIS Online/Portal feature service providing a transformation from lat/long/altitude to British coordinates Easting/Northing/Mean Sea Level. This would be visualized as a shift in geometry and attribution (within a few seconds) in any application consuming this feature service, for example, Collector for ArcGIS (field collection app). vGIS AR visualizations are interactive because you can tap on an asset to retrieve inventory and measurements. vGIS also allows direct data capture and edit functionality. 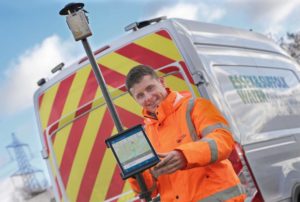 A typical workflow would be a high-accuracy data capture scheme such as a new water distribution scheme, where coordinate information has to be captured, in 3D, for a GIS as-built record.

While GNSS technology is used to georeference the captured data, lining it up inside a GIS is a challenge, and to a large extent is reliant on good source data. A solution to this problem is to use rules that can dictate whether an absolute coordinate value or a relative measurement is used to represent the captures data in a GIS.

While the MGISS platform is a good example of how businesses improve workflows using AR technology, massive adoption hasn’t happened yet. There are still some challenges waiting to be solved regarding AR. Currently, the main challenge in AR is the lack of standards, as with many technology-led initiatives, tends to lag behind and for mass takeup within utility and infrastructure organizations would be essential. Cost has become less of a barrier with high-accuracy GNSS, and AR solutions that take advantage of existing smartphone/tablet technology. The larger cost will be in ensuring data is fit for purpose, which will still be the domain of companies like MGISS who support organizations with their spatial data challenges. Perhaps the biggest challenge with AR technology right now is stability without the requirement to periodically recalibrate, as instability can cause objects to appear misplaced in the AR view.

Recently, MGISS presented the first in a series of webinars looking at the challenge of 3D Digital Twins and the development of a field-enabled solution. Future webinars are being run which will demonstrate how the TopoGrafi platform integrates with Esri and vGIS applications and looks to tackle the challenge of reconciling newly captured 3D data with existing/legacy 2D GIS data.